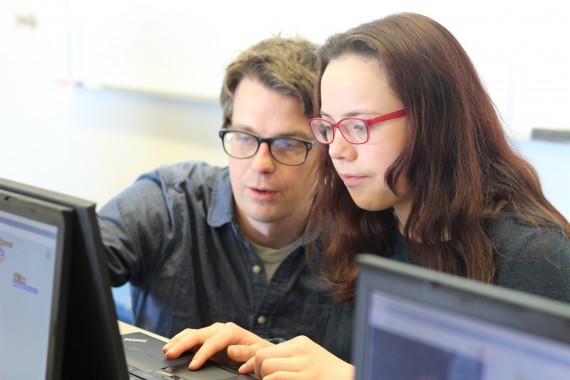 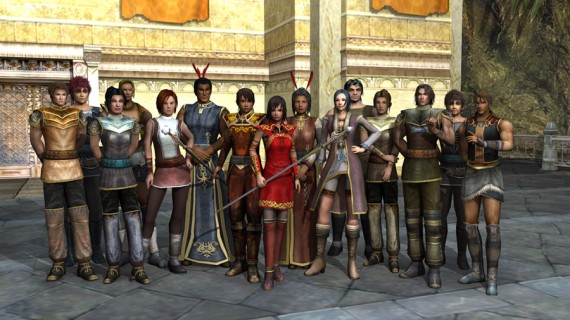 SPARX, a role-playing video game made at the University of Auckland, was designed to reflect the experiences of the Māori people of New Zealand, with the aim of helping youth struggling with clinical depression. A redesign of the game is underway to tailor it to appeal to Canadian Inuit youth.

Who knew computer games could help with mental health?

This summer, youth in six Nunavut communities are working with researchers from York University to redesign a computer game that teaches coping methods for combatting depression (among other skills) to make it Nunavut-specific.

The role-playing game, which is based on practices used in cognitive behavioural therapy, was first designed for Indigenous youth in New Zealand.

The characters in the original game, made at the University of Auckland, reflect the Māori people, whose Indigenous youth experience struggles with mental health and trauma, similar to youth in Nunavut.

So, after doing a distance pilot in 2016 where the game was tested by young people in 12 Nunavut communities, an I-Sparx team led by York University psychology professor Yvonne Bohr is visiting communities to ask youth what should be changed, and get them to help with the reprogramming.

The community tour kicked off in late May with Pangnirtung youth, and youth in Baker Lake will give their feedback on how to update the game later in June. The I-Sparx team will also bring the game to Cambridge Bay, Arviat, Pond Inlet and Cape Dorset.

“It’s building capacity at a local level, and inter-generationally with the elders as well,” Singoorie said. “We want this content created by the community for the community.”

To do that, the group has teamed up with the Nunavut company Pinnguaq, which teaches computer programming skills in Nunavut schools through the long-standing project known as te(a)ch.

Pinnguaq’s Ryan Oliver will work with teens to see how they want the therapy game “modified from a Māori version to an Inuit version,” he said, “and then do the technical work with the kids.”

That could mean creating new clothing, landscapes and languages for the characters—which is exactly the kind of animation programming youth like Tasha Partridge were getting an introduction to at Attagoyuk High School in Pangnirtung last month.

“I like learning about coding,” said the 13-year-old, who started coding five years ago at science camps.

“It’s an opportunity to create an original game that represents the communities,” Oliver said of the I-Sparx game overhaul.

But how does the game work?

“You design your avatar and you have different levels, and at every level you’re presented with an adversity and you have to use the skills you’ve been taught to overcome adversity,” said Leah Litwin, a doctoral student at York University.

Those skills are actually the same concepts taught during therapy sessions.

Researchers in New Zealand found that the game helped reduce feelings of hopelessness experienced by some Māori youth and that the game was just as effective as face-to-face therapy sessions.

Youth feedback from the Nunavut pilot of the game in 2016 showed that teens found playing the game easier than asking an adult professional for help.

“The community members talked about how they felt that building skills through a game instead of through talk alleviated some of the stigma and worry of seeking help,” Litwin said. “They felt it fit well with Inuit culture, with youth culture and fit well in a remote community that is lacking resources for these supports.”

Nunavut youth who tried the game reported that the game helped them deal with daily stressors.

Those teens used their new skills to better communicate with peers, their families and to navigate romantic relationships.

“When they were feeling really frustrated they were able to use these skills instead of blowing up and becoming angry,” Litwin said. And “they talked about using the skills if they were in class and getting bored.”

The group visited Pangnirtung around the same time that the community’s hamlet council was asking for support from the Government of Nunavut for a mental health crisis plaguing youth in the community.

“This is not an intervention for suicide, it’s a long-term resilience building activity,” she said. “We’re well aware that the community is in crisis right now.”

The project does look to bring better therapy to Inuit adolescents—and to see if cognitive behavioural therapy is the best way to do that, she said.

“Nunavut has one of the highest adolescent suicide rates in the world and clearly Inuit youth in Northern Canada face extreme adversities,” Bohr said in a funding announcement made by York University last summer.

“Yet, little research has been conducted with Inuit adolescents who are at risk for depression, and remote Nunavut communities have scarce resources for early prevention and intervention programs. There is an urgent need for accessible, culturally relevant and community-supported intervention tools.

To Nunatsiaq News, she said, “It’s not just about the game. The game is a tool to engage youth.”