Finland’s two years as chair end, Iceland takes over until 2021 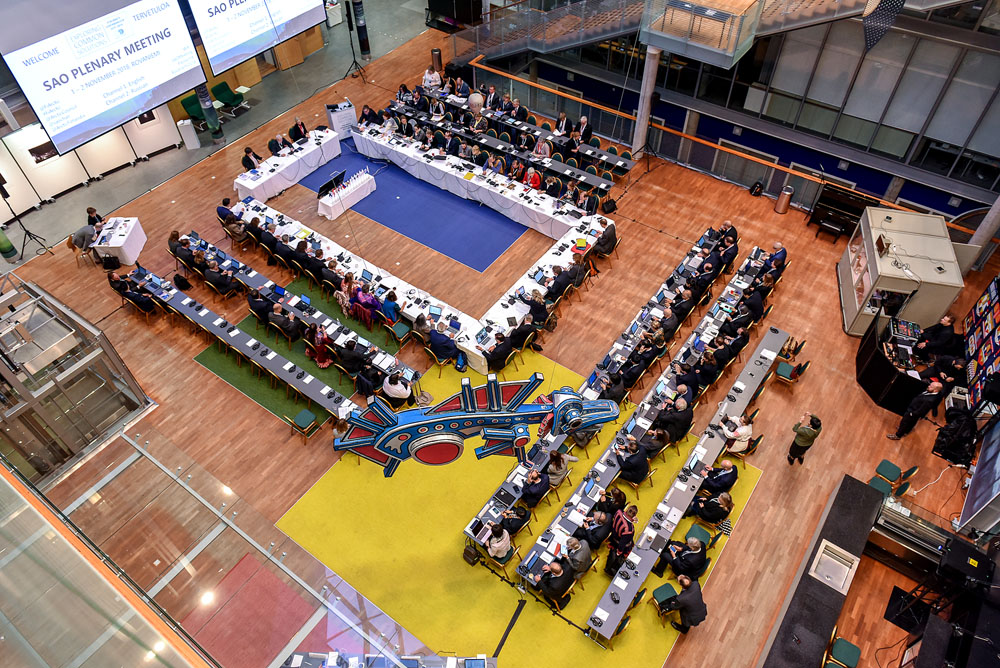 The Arctic Council’s senior Arctic officials met on the campus of the University of Lapland in Rovianiemi, Finland, on Nov. 1 and Nov. 2, 2018, for a plenary session. The Arctic Council will meet in Rovaniemi once again next week, on May 7. (Creative Commons photo from Arctic Council Secretariat/Linnea Nordström)

The Arctic Council returns next week to the place where, in June 1991, its seeds were planted: Rovaniemi, Finland.

On May 7, cabinet-level representatives from the council’s eight Arctic member states, along with delegations from its six Indigenous permanent participant organizations, including the Inuit Circumpolar Council, plus the chairpersons of the council’s six working groups will gather in Rovaniemi.

There, they’ll mark the end of Finland’s low-key two-year chairing of the council, which focused on sustainable development and climate change, under the theme “exploring common solutions.”

In doing so, they’ll also return to some of the circumpolar environmental issues that led to the Arctic Council’s creation.

It was in June of 1991 that the eight nations who eventually formed the Arctic Council—Canada, Denmark (Greenland), Finland, Iceland, Norway, Sweden, the Soviet Union (now Russia) and the United States—met in Rovaniemi to sign the Arctic Environmental Protection Strategy.

“During their two-year term, the Finns placed a special emphasis on conserving biodiversity, preventing pollution, as well as on measures to mitigate and adapt to climate change,” an Arctic Council document says.

The event will see no binding agreements, but Finnish officials say they’ve come up with a long list of “deliverables.”

That includes research and planning on some increasingly worrisome environmental issues:

• A desktop study on marine litter, including microplastics, as a step towards a regional action plan on reducing marine litter.

• More research, done through the Arctic Monitoring and Assessment Program, on the biological effects of contaminants on Arctic fish and wildlife, and more work on ocean acidification.

• An update on work aimed at monitoring Arctic climate change.

In addition, the Finnish chairmanship led work on:

• A report on connectivity in the Arctic, done with the Arctic Economic Council and the telecommunications industry.

• More work on helping communities understand how to respond to marine oil spills in the Arctic.

“While we see pronounced effects of climate change in the Arctic, their causes are often linked to activities taking place outside the region,” Härkönen said.

“It was therefore our ambition to explore common solutions spanning beyond the high latitudes and to integrate Arctic issues in global frameworks,” he said.

The event also marks the beginning of Iceland’s chairmanship, which will run until 2021.