At Hikoalok trial, first responders describe efforts to save woman 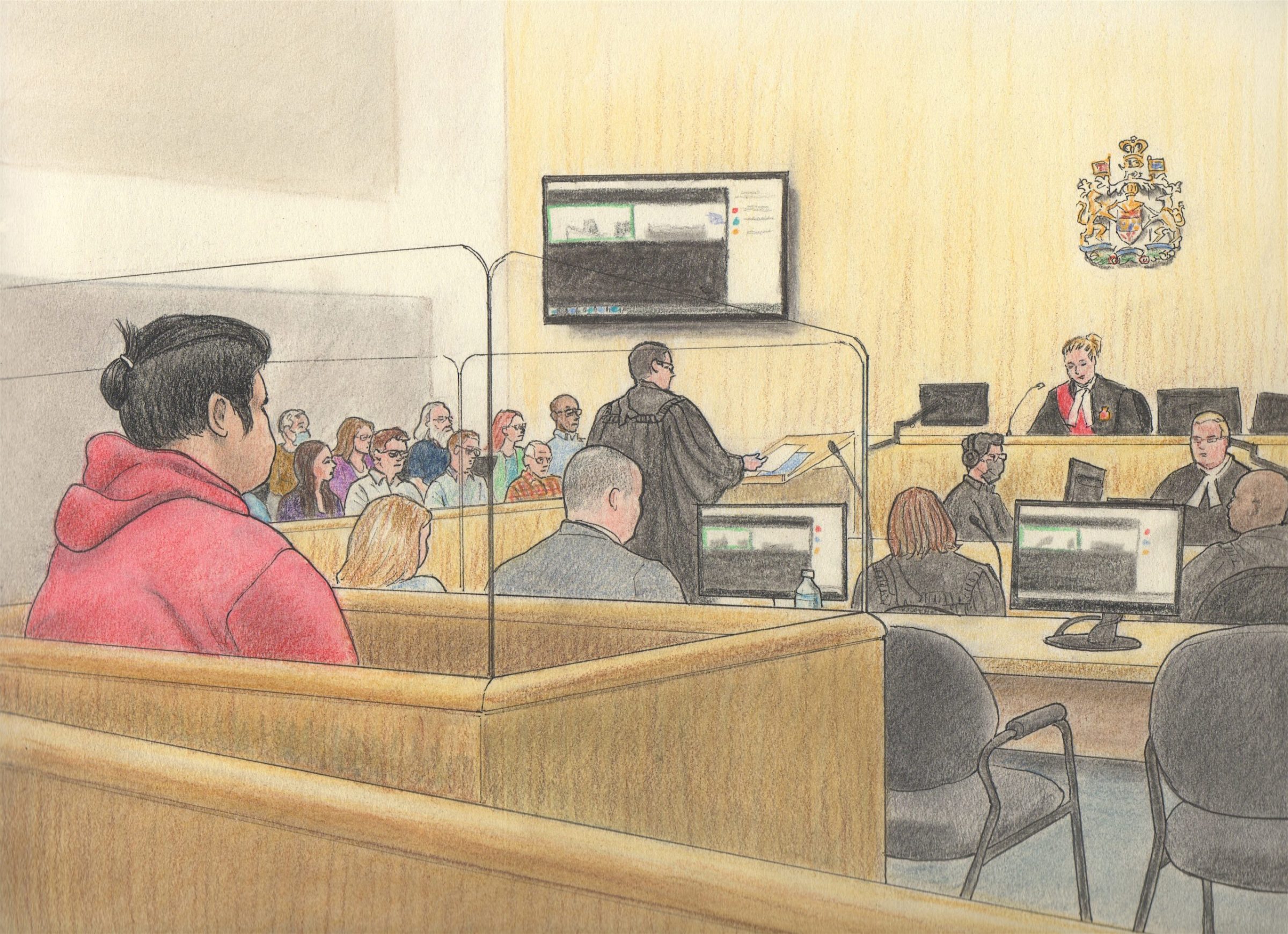 The trial of Tyler Hikoalok (foreground) continued Friday with testimonies from paramedics and firefighters who treated 59-year-old Elisabeth Salm for severe injuries she suffered in 2018 at the Christian Science Reading Room in Ottawa. Hikoalok, 22, faces a first-degree murder charge in Salm’s death. (Courtroom sketch by Lauren Foster-MacLeod)

Ottawa paramedics who treated Elisabeth Salm for severe head injuries in 2018 recounted trying to remove blood from her airways, at the murder trial of Tyler Hikoalok on Friday.

On the morning of May 24, 2018, Salm, 59, said goodbye to her husband and rode her bike the four kilometres from their home in New Edinburgh to downtown Ottawa where she worked as a librarian at the Christian Science Reading Room at 141 Laurier Ave.

A few hours later, Salm was found badly beaten and unresponsive in the study room of the centre by fellow librarian Janet Dudley, who had arrived for her afternoon shift.

Salm died the following day in the intensive care unit of the Ottawa Civic Hospital after doctors were unable to save her.

Hikoalok, who was 18 at the time of the incident, is charged with first-degree murder in Salm’s death. He has pleaded not guilty.

The trial began Monday, and on Friday the jury heard more details of what happened after Dudley called 911 and first responders arrived minutes later.

Firefighters and paramedics testified they found Salm lying on the floor. She was breathing and had a pulse, but a large amount of blood was blocking her airways in her mouth and nose.

Courtney Healey, a primary care paramedic, said responders attempted to suction blood out of Salm’s airway, but that she continued to bleed. It was difficult to determine where the blood was coming from, Healey said.

Healey then cut Salm’s shirt and bra to place defibrillator pads on her chest. Paramedics carried Salm onto a stretcher and rushed her to the Ottawa Civic Hospital when she continued to be unresponsive.

In their testimonies, first responders noted that they moved chairs and furniture out of the way while they attended to Salm.

The Crown is expected to call more witnesses next week. The trial is scheduled to last through mid-October.