Beer and wine store sales spike in Iqaluit during pandemic

But overall sales were down because bars were closed 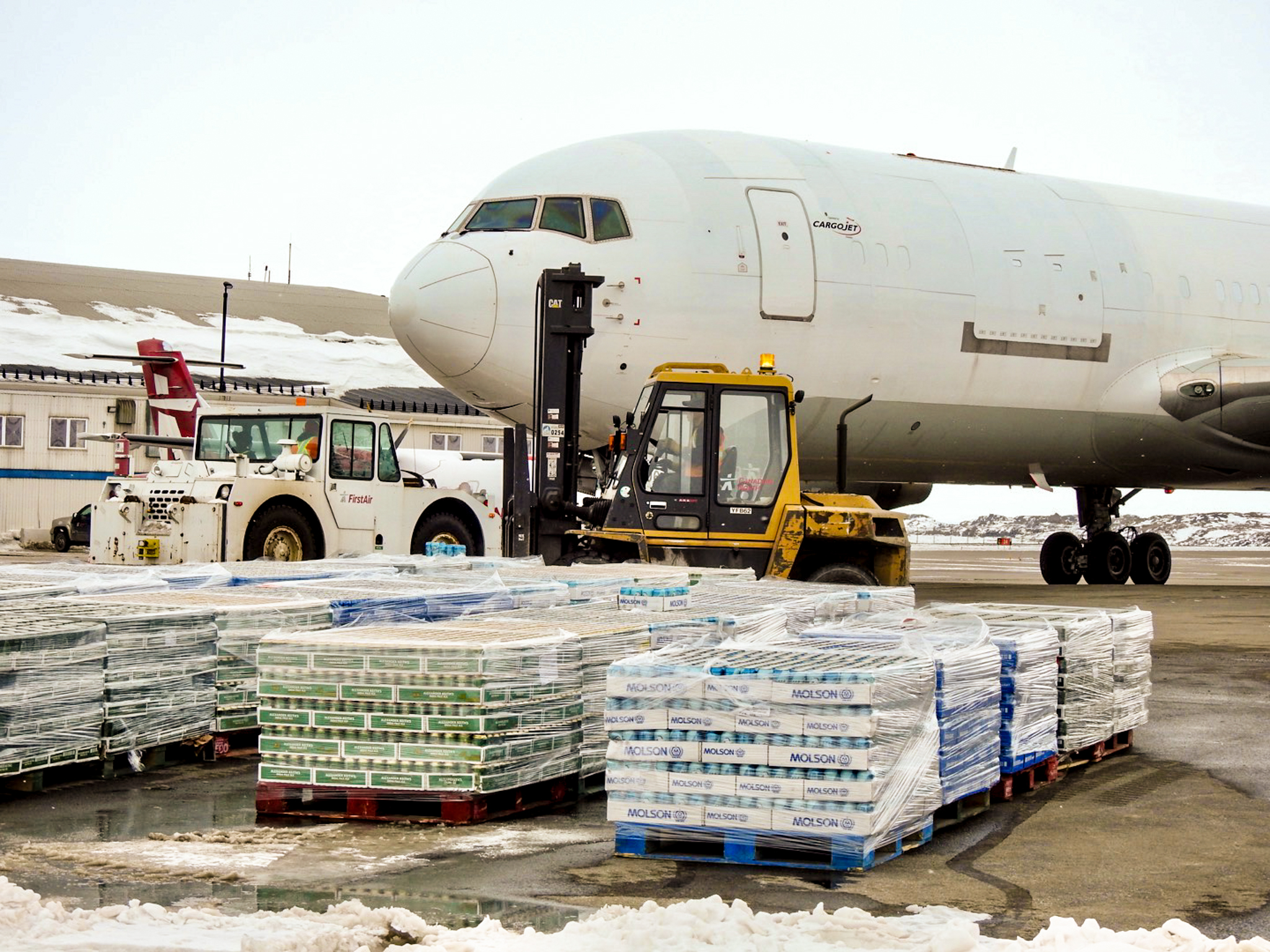 Crates of beer are seen on the tarmac in Iqaluit at the end of April. (Photo by Frank Reardon)

Liquor sales at Iqaluit’s beer and wine store are up since the COVID-19 pandemic hit in mid-March.

That’s compared to sales in the months prior to the pandemic, and compared to the same period last year.

The beer and wine store’s sales were up 11 per cent, by volume, between March to May this year, compared to the same period last year, according to Nunavut’s Finance Department, which is responsible for the Nunavut Liquor and Cannabis Commission.

During the same period last year, the number of litres sold actually dropped by five per cent—99,319 litres were sold in April, compared to 94,518 in March.

But it jumped from April to May 2019, when eight per cent more litres were sold.

That’s a lower increase than this year. In April, 111,948 litres of alcohol were sold, and there was a nine per cent increase in sales in May, with 121,829 litres being sold.

Overall numbers are down

The fact that bars and restaurants closed when the public health emergency was declared on March 17 likely accounts for most of the jump.

Dan Young, the director of NULC, said although sales at the beer and wine store have been higher, overall sales are down.

“The drop in sales from bars and restaurants is greater than the increase we’re seeing at the beer and wine store.”

During the same period this year, a total of 339,267 litres of alcohol were sold in the city. This takes into account the amount sold in bars in March, before they closed.

That’s nine per cent more overall in 2019 than this year.

Alcohol sales at the beer and wine store include beer, wine, cider and coolers.

In addition to those drinks, bars also sell hard alcohol.

People who drink in Iqaluit buy more beer than any other beverage—286,619 litres were sold overall between March and May of this year.

That’s compared to 33,490 litres of wine, the next most popular beverage.

During the uncertainty of the pandemic, Young said the NULC was ordering alcohol as if it were business as usual. “We’re bringing in full plane loads of mostly beer every weekend,” Young said, in early April.

The commission ordered as much alcohol as it could to be brought to the territory by sealift—“as much as we can fit in our warehouse,” Young said.

That means the NULC is ready for increased sales of alcohol that will come with the reopening of bars and restaurants, which happened in a reduced capacity this past Monday, June 22.

Although overall sales of alcohol in Iqaluit were down during the pandemic, the RCMP in the city reported that alcohol-related calls were up.

At the end of May, RCMP reported to Iqaluit city council that 92 per cent of all calls in April involved alcohol. The previous 32-month average was 72 per cent.

Furthermore, alcohol-related visits to the Qikiqtani General Hospital emergency room in Iqaluit were up by 18 per cent between March 1 and June 14, 2020, compared to the same period last year.

That’s 500 alcohol-related emergency room visits in 2020, compared to 421 in 2019. However, Scott Hitchcox, a spokesperson for the Department of Health, wrote in an email that many variables may influence these numbers.

“For example, as population increases on an annual basis, a similar increase in the number of alcohol-related visits can be expected as well,” said Hitchcox. “Causation is very rarely attributable to single identifiable factors.”

That means that although numbers were up from March to June this year compared to the same time last year, it’s not necessarily because people are drinking more alcohol.

The Government of Nunavut announced on Monday, June 22, that the Iqaluit beer and wine store is a permanent fixture.

The store was initially billed as a three-year pilot project. This coming September marks three years since its opening.

The NULC put out a public survey to determine how the store has affected people’s drinking habits, bootlegging and the community. It has also gathered information from other organizations about how the public has been affected by the presence of the store.

Iqaluit city council voted in May to support a permanent store. The mayor, Kenny Bell, said in an email that he’s “glad the government listened to the wish of the community.”

The GN has also committed to opening a beer and wine store in Rankin Inlet by the end of this year. It’s currently working on fixing up a location for the store, and increasing storage capacity in that community.