Feedback on future burial designs will be accepted until March 5 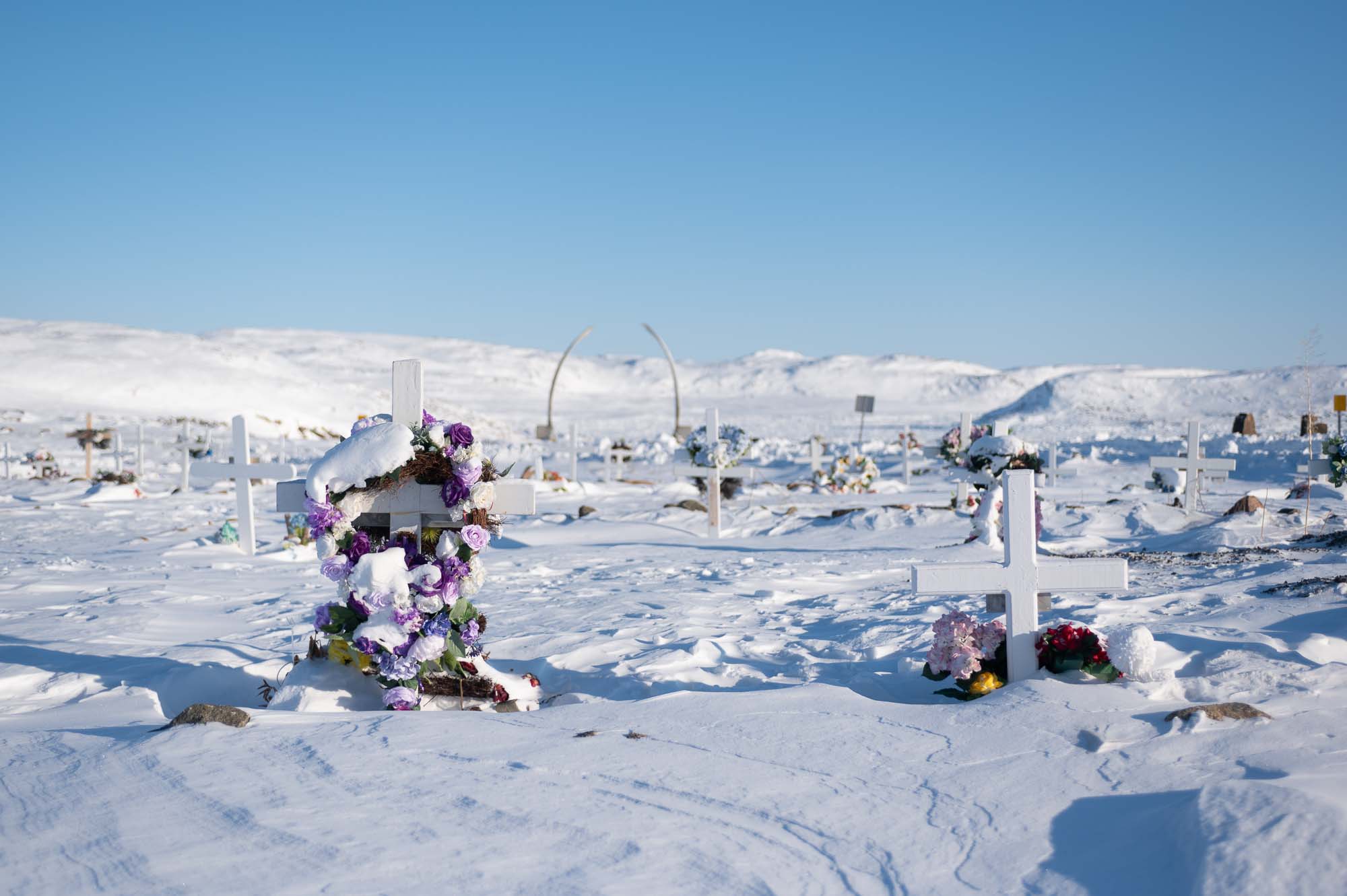 The Apex cemetery has been prone to flooding since it opened in 2014. The city is looking for feedback on how burials will be conducted at the site in the future. (Photo by Dustin Patar)

The City of Iqaluit is seeking public feedback on how to best improve the flood-prone Apex cemetery.

One approach would see new graves reinforced with heavy-duty plastic burial vaults that would be buried roughly a foot deep. These vaults would either be left as-is or accompanied by varying heights of stones alongside the graves, according to documents staff provided to members of the city’s cemetery advisory committee last week.

The vaults would secure coffins while also allowing permafrost to remain undisturbed, reducing the likelihood of flooding.

The second, more expensive approach is similar to the current burial practice of in-ground wooden supports but with the addition of insulation that would line the top and sides of the grave.

The two options were discussed Thursday during a meeting of the cemetery advisory committee.

Although both options are intended to reduce the amount of water that gets into graves, the insulated option may not fully solve the problem as it would still mean digging into the layers above the permafrost, the reports state.

Since the cemetery’s opening in 2014, residents have raised concerns about having to bury loved ones in muddy, water-filled graves.

Others have said they believe the $1.3 million graveyard’s boggy ground is a public safety risk.

In January 2020, the city’s cemetery advisory committee was created to help decide how to deal with these issues.

Last June, the committee was presented with a plan to use a material such as gravel to raise the cemetery site by three feet, while also improving drainage ditches around the site.

According to Amy Elgersma, the city’s chief administrative officer, that work is set to begin this summer. 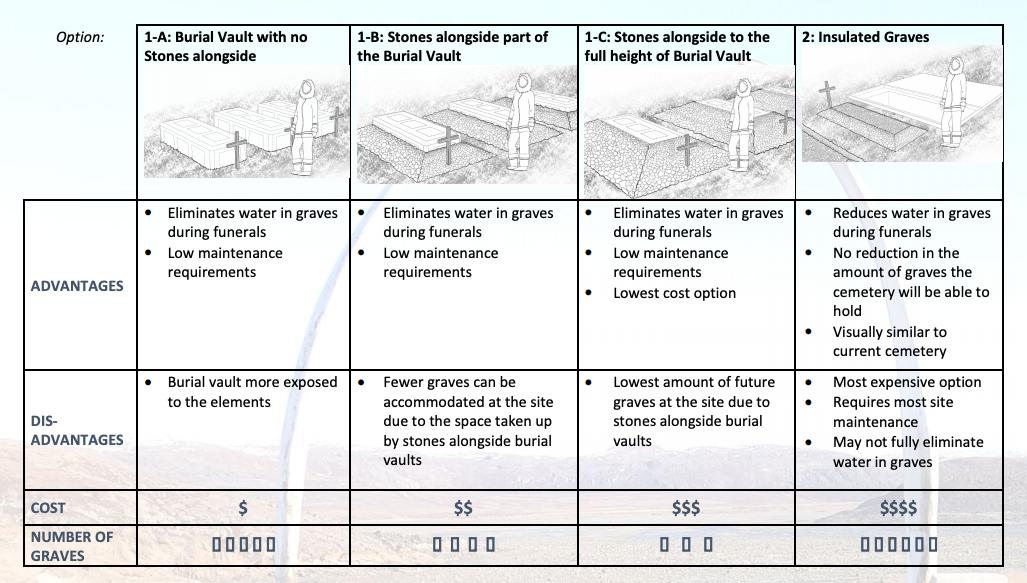 The City of Iqaluit is considering four options for future burial designs. Three of those options involve using plastic burial vaults and the fourth option consists of additional grave insulation. (Image courtesy of the City of Iqaluit)

The city is seeking feedback on both the future burial design options and the proposed site-wide improvements.

The deadline for public feedback on the burial design options is Friday, March 5, at 4:30 p.m.

The next cemetery advisory committee meeting will be on June 17.