Clyde River woman wants to be NDP’s candidate for Nunavut 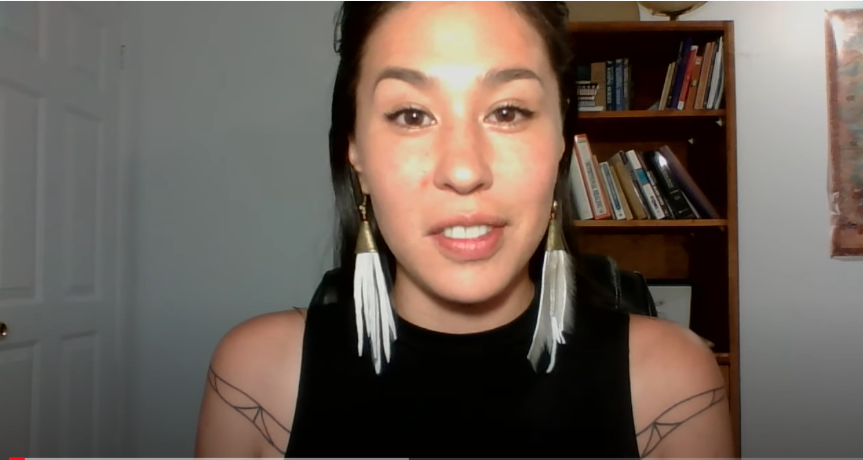 Aliqa Illauq is seeking the NDP’s nomination to be its candidate for Nunavut in the next federal election. (Screenshot courtesy of YouTube/Aliqa Illauq)

“It’s time I listen to my elders,” she wrote on Twitter Thursday.

“It’s time I walk the talk to ensure our future is safe for our next generations.”

The New Democratic Party in Nunavut needs a new candidate after MP Mumilaaq Qaqqaq said earlier this year she will not seek re-election to the position she won in 2019.

Illauq, who could not be reached for comment, said on social media she has been working with Qaqqaq, the territory’s current MP, and fellow NDP MP Charlie Angus, on getting justice for residential school survivors.

Earlier this month, Qaqqaq and Angus called on Ottawa to investigate the “crime against humanity” that occurred at residential schools, following the location of unmarked graves at schools in B.C. and Saskatchewan.

Angus wrote “she is a fire for justice,” in response to Illauq’s announcement on Twitter.

In a video announcing that she will run for the NDP’s nomination, Illauq said she is a “true believer” that Inuit ways of being and language are starting to disappear.

“[That] is why it is very important for me that I stop sitting around and try to do something about it,” she said in the video.

She started off the video saying “Jushua and Beverly Illauq are my parents.”

In April, Qaqqaq asked Labrador Liberal MP Yvonne Jones who her parents are, during an escalating war of words in which she asserted that Jones was not Inuk. Qaqqaq later apologized.

Shortly after making her announcement on social media, Illauq said “I am absolutely humbled with the amount of support I am receiving,” on Facebook.

Illauq started a YouTube channel about five months ago and has posted videos about Inuit identity, Inuktitut language, resiliency and exploring what it means to be Canadian.

She also posted a video series in both English and Inuktitut titled “Respect Inuit or Leave.”

In a February episode of the podcast Warrior Life, hosted by Indigenous lawyer and activist Pam Palmater, Illauq shared she is a mother of three.

She also said she was working towards a bachelor’s degree in law, human rights and social justice with a minor in Indigenous studies at Carleton University.

There, she was a member of the school’s Reconciliation Advocacy Campaign, according to a profile on Carleton’s website.

In April, it was announced that Robertson Hall, a building on campus named after Gordon Robertson, would be renamed to honour Inuit.

Robertson Hall is named after a former commissioner of the Northwest Territories, who oversaw the relocation of Inuit families to the High Arctic in the 1950s, which led to starvation, death and subsequent intergenerational trauma.

Illauq played a key role in advocating for the change and discussed the issue directly with Robertson’s children — who were receptive to the change — according to an article published by the university.

Illauq is the first potential candidate to announce she is seeking a federal party nomination in the territory.

She has been approved by the NDP as a contender to be the party’s candidate, said Charlotte MacLeod, the press secretary with the NDP caucus, in an email.

Others have also expressed interest in the position, MacLeod added.

With hints that a federal election is just around the corner, the Green and Conservative parties said on Thursday they do not have candidates for Nunavut yet.

The Liberal party has not yet posted a nomination date or announced a candidate on its website.