COP25 ends in failure: “Our planet is on fire,” Inuit org says 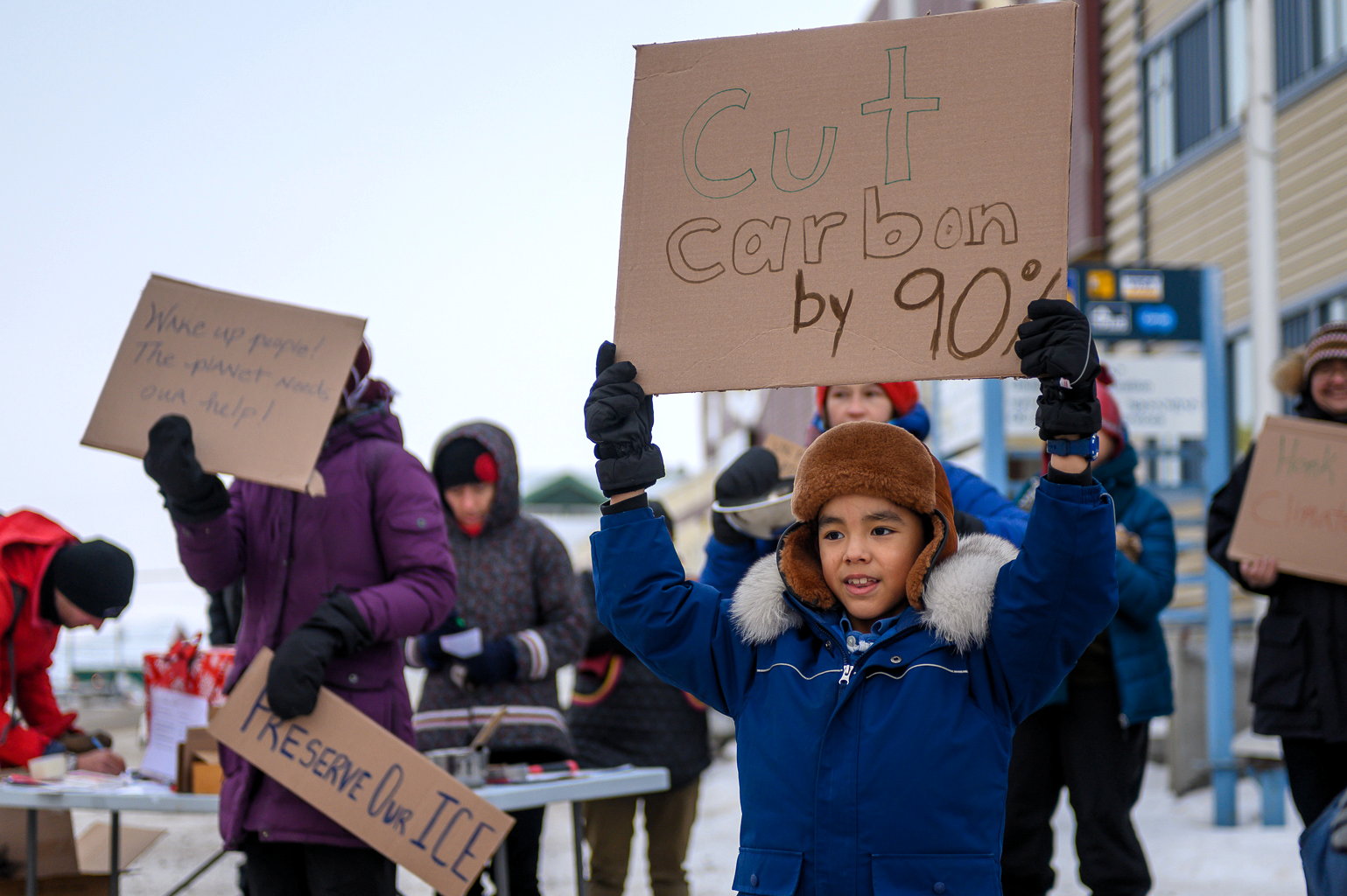 About 15 to 20 Iqaluit residents gathered at the Four Corners on Friday, Nov. 29, demanding action on climate change ahead of the COP25 international climate change conference in Madrid, Spain. The conference failed to reach consensus on key issues related to the implementation of the 2015 Paris Agreement. (Photo by Dustin Patar)

Governments, corporations and civil society organizations must do much more to reduce greenhouse gas emissions and soften the impact of global heating on the Arctic, the Inuit Circumpolar Council said at the conclusion of the COP25 climate change conference in Madrid, Spain.

Though negotiations dragged on for 48 hours beyond Dec. 13, the day the conference was supposed to end, negotiators still failed to find agreement on key issues related to the implementation of the 2015 Paris Agreement. 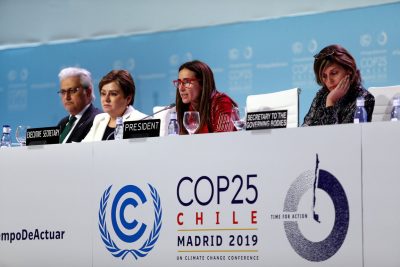 Carolina Schmidt, Chile’s environment minister and the president of COP25 (centre, dressed in red): “The consensus is still not there to increase ambition to the levels that we need. Before finishing I want to make a clear and strong call to the world to strengthen political will and accelerate climate action to the speed that the world needs.” (UN photo)

That includes a failure to agree on rules for international trade in emissions reduction markets, rules on how to compensate poor and developing nations for loss and damage caused by climate change, and more ambitious greenhouse gas reduction targets aimed at achieving carbon neutrality by 2050.

One expectation of the Madrid gathering is that it would lead to the creation of a “rule book” with detailed emissions reduction targets aimed at keeping the rate of global heating below the 2 C threshold by the end of this century.

But that didn’t happen.

“I am disappointed with the results of COP25. The international community lost an important opportunity to show increased ambition on mitigation, adaptation and finance to tackle the climate crisis,” the secretary general of the United Nations, António Guterres, said in a tweet.

In that spirit, observers and participants slammed large greenhouse gas emitters like the United States, Brazil and Australia for failing to take the climate crisis seriously.

“Never have I seen such a disconnect between what the science requires and what the climate negotiations are delivering in terms of meaningful action,” said Alden Meyer of the Union of Concerned Scientists.

“Most of the world’s biggest emitting countries are missing in action and resisting calls to raise their ambition,” Meyer said.

I am disappointed with the results of #COP25.

The international community lost an important opportunity to show increased ambition on mitigation, adaptation & finance to tackle the climate crisis.

The circumpolar world’s international Inuit organization also said it is disappointed by the outcome of the climate talks, which began more than 14 days ago.

“We brought informed commentary to this meeting, invoking the accelerated pace of climate change ravaging the Arctic regions of this planet—our home. We have echoed the conclusions of the IPCC’s reports in the past two weeks, collectively,” said ICC’s international chair, Dalee Sambo Dorough of Alaska.

“Our ice is melting, our oceans are at risk, and our planet is on fire,” Sambo Dorough said.

That emissions gap report showed that over the past 10 years, global greenhouse gas emissions have risen by a factor of about 1.5 per year.

If that trend continues, global average temperatures could increase by 3.2 C by the end of this century.

“This is way above the Paris Agreement target of 1.5 C and will have disastrous consequences for the world and in particular, the polar regions,” the ICC statement said.

“They have a right to a future,” she said.

ICC had brought a large youth delegation to the Madrid gathering, including a group of Inuvialuit youth who showed a documentary film made in and around Tuktoyaktuk titled “Happening to Us.’

That film illustrated the impact of shoreline erosion in and around Tuktoyaktuk.

Hjalmar Dahl, the president of ICC-Greenland, acknowledged the voice of Inuit youth.

“Youth are demanding that we act. Our Inuit youth brought graphic images of our communities falling into the ocean showing us that we must all take more drastic actions to combat climate change,” Dahl said.

Lisa Koperqualuk, the international vice-president of ICC-Canada, pointed out how increased levels of carbon dioxide in the oceans are making Arctic waters more acidic, a trend that threatens sealife and the food chain.

“What needs to happen is that countries need to raise ambition and show [a] spirit of cooperation in moving the negotiations and thus implementation of [the] rule book forward,” Koperqualuk said.

COP25 was originally scheduled for Santiago, Chile. But the venue was moved to Madrid because of widespread social unrest in Chile.

But Carolina Schmidt, the Chilean environment minister, continued to be president of COP25, chairing plenary sessions and guiding discussions.

She too was disappointed by the conference’s lack of success.

“The consensus is still not there to increase ambition to the levels that we need,” Schmidt said near the end of the gathering.