‘It’s all not about the shoes, it is also about bringing awareness to poverty,’ says student 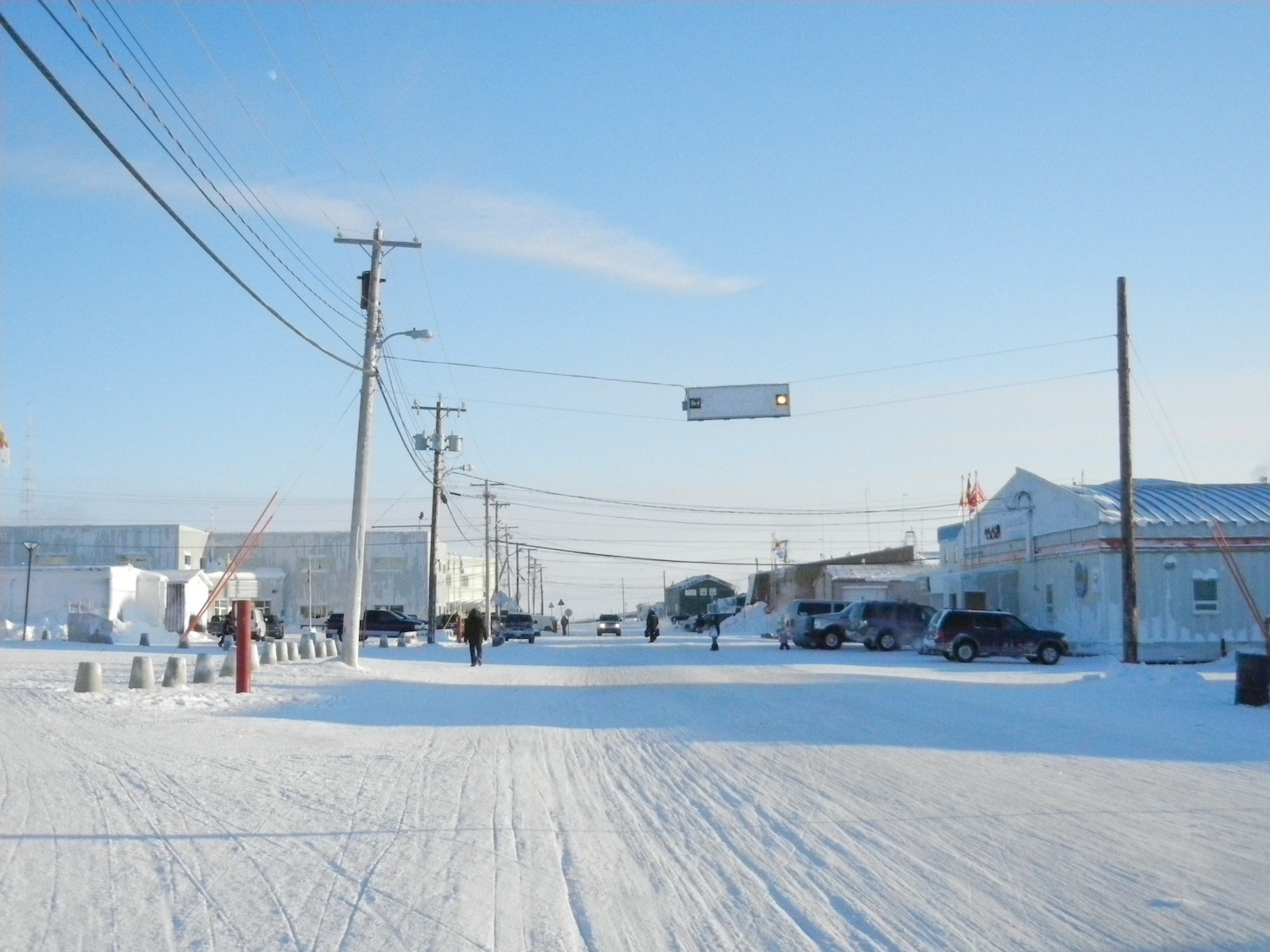 Right now, the streets of Cambridge Bay are still covered with snow, but when the weather warms, students in Nunavut Arctic College’s social work program want the community’s kids to have good shoes to play outside. (File photo by Jane George)

The streets of Cambridge Bay are still slick with ice, but within a couple of months that will all change.

And when warmer weather arrives, a group of Nunavut Arctic College students in the western Nunavut hub want to ensure every child in town owns the right kind of footwear.

“We noticed kids didn’t have shoes that fit them,” said Kean Niptanatiak, a second-year student in the college’s social work program.

This is what prompted Niptanatiak and his eight fellow students to start a campaign to raise $40,000.

The group wants to buy up to 500 pairs of running shoes so kids in town won’t have to play games in ill-fitting footwear, or heavy boots or sandals when they should be wearing shoes that are warm, but light and sturdy, Niptanatiak said.

Their “Shoes for Justice Campaign” is part of the college’s second-year Social Service Worker program’s focus on social action.

During this part of their course, students are asked to consider a social problem in the community and then act on it.

This is only the second time the program, offered in Cambridge Bay since 1997, has incorporated a social action component, said Margaret Sullivan, the manager of social work programs for the college.

Poverty is the social problem that the second-year students are looking into this year, with an eye to taking action to help children.

“Nunavut has the highest poverty for children [in Canada], almost two times the national average,” said Clarissa Koblogina, another student in the program.

At 31.2 per cent, Nunavut’s child poverty rate is well above the Canadian average of 18.6 per cent for children under the age of 18, according to the 2020 Report Card on Child and Family Poverty in Canada.

“One of the concerns with children living in poverty is that there is also a higher risk to engage in criminal activity,” Koblogina said.

“So, it’s all not about the shoes: it is also about bringing awareness to poverty and we’re trying to help people in the community.”

Until April 18, they’re asking for donations. They are also welcoming items for raffles and a planned auction, which is yet to be scheduled.