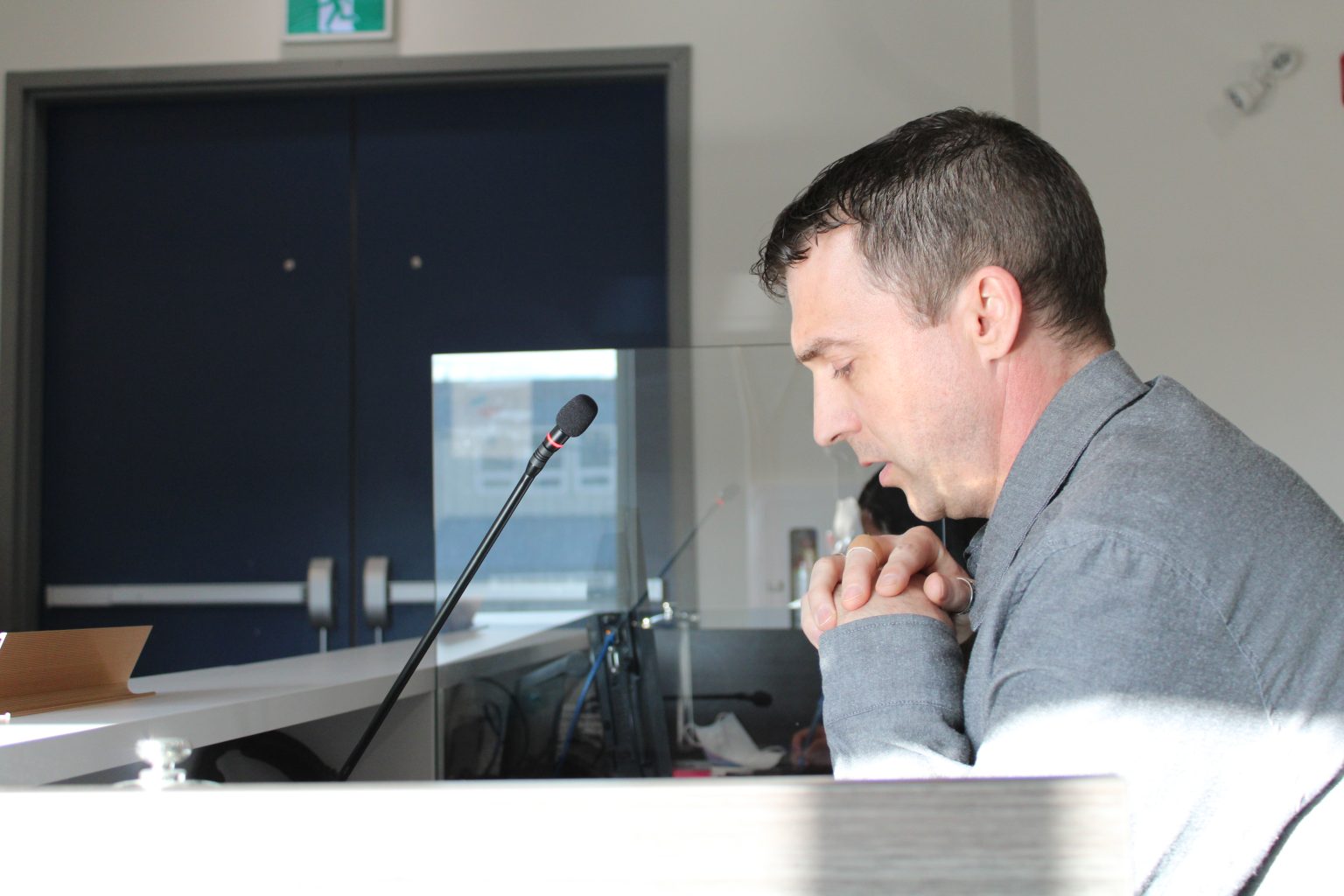 Higher Experience Inc. manager Kevin Ikeno speaks at a public hearing on Aug. 9 about a new cannabis store that would be located next to Northmart. (Photo by David Venn)

The Government of Nunavut has denied the City of Iqaluit an amendment to a zoning bylaw that will allow a cannabis store to open downtown.

Council voted in favour of the amendment on Aug. 9. It would allow Higher Experience Inc. to occupy 50 per cent of the ground floor of Building 760 — which is about 100 metres from the Lower Base playground and 150 metres from the Nakasuk elementary school playground.

But a change like this needs more than council approval: The Department of Community and Government Services oversees changes to municipal bylaws because the department is responsible for community planning and land administration across the territory.

A unsigned email from the Department of Community and Government Services said the amendment didn’t receive approval because the city failed to define an ‘appropriate distance’ to separate a cannabis store from a school.

Once a clear definition of what the city deems an appropriate distance is established, the bylaw can be assessed again, states the email.

Council will bring forward a new version of the amendment for first and second reading at its next council meeting, set for Oct 11. It will include the addition of a minimum distance that cannabis stores need to be from residential, institutional and recreational use facilities.

“Everything in town is close to a school or playground. That’s why council supported this legal cannabis store to open,” Bell said. “But [CGS] wanted a quantitative definition of an acceptable distance.”

Coun. Kimberly Smith said if the GN ultimately denies the amendment, it may affect the city’s harm reduction efforts regarding use of drugs in the city.

“It’s no secret that drugs are sold in front of Northmart and Arctic Ventures,” she said.

“A store would help keep cannabis out of the hands of kids, and might also stop some of the loitering and negative interactions that have been known to occur in these areas.”

She said “if people have the option of walking an additional 50 feet to purchase a legal, regulated product, most people will. It may not eliminate the issue entirely, but I believe it will certainly help.”