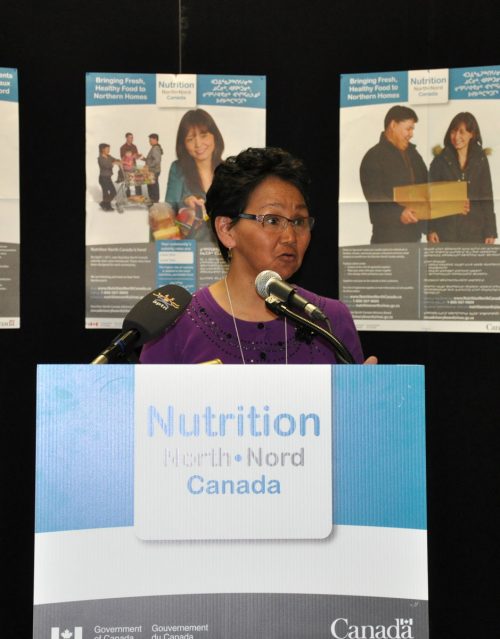 Elizabeth Copland, pictured here in Iqaluit in 2012 when she chaired the Nutrition North Canada advisory committee, has been appointed as Nunavut’s new chief coroner. (File photo)

Elizabeth Copland of Arviat returns to the role

Nunavut’s justice minister has appointed a new, Inuk chief coroner for the territory.

Elizabeth Copland of Arviat will now serve as Nunavut’s chief coroner, a role she held once before, Justice Minister Jeannie Ehaloak told the legislative assembly on Monday, Feb. 25.

“Elizabeth is a Nunavut beneficiary and she has spent over 20 years as a community coroner, including two years as the chief coroner of Nunavut,” Ehaloak told the legislature.

“The role of the chief coroner of Nunavut is an essential service in our territory and it is a challenging profession. I am proud to welcome [her] back to serve in this role.”

Copland has a lengthy resumé in politics and within Nunavut organizations. She served as Arviat’s first woman mayor; she has since worked as a justice of the peace, community coroner and chair of the Nutrition North Canada advisory board.

Copland has also served as chair of the Nunavut Impact Review Board since 2010.

Nunavut’s last chief coroner, Padma Surumala, was dismissed from the job in April 2018.

Surumala launched a wrongful dismissal lawsuit against the Government of Nunavut, to which the GN responded with a statement of defence making multiple allegations against the former coroner.

“He has served diligently and professionally and has contributed greatly to upholding the reputation of the coroner’s office,” Ehaloak said.