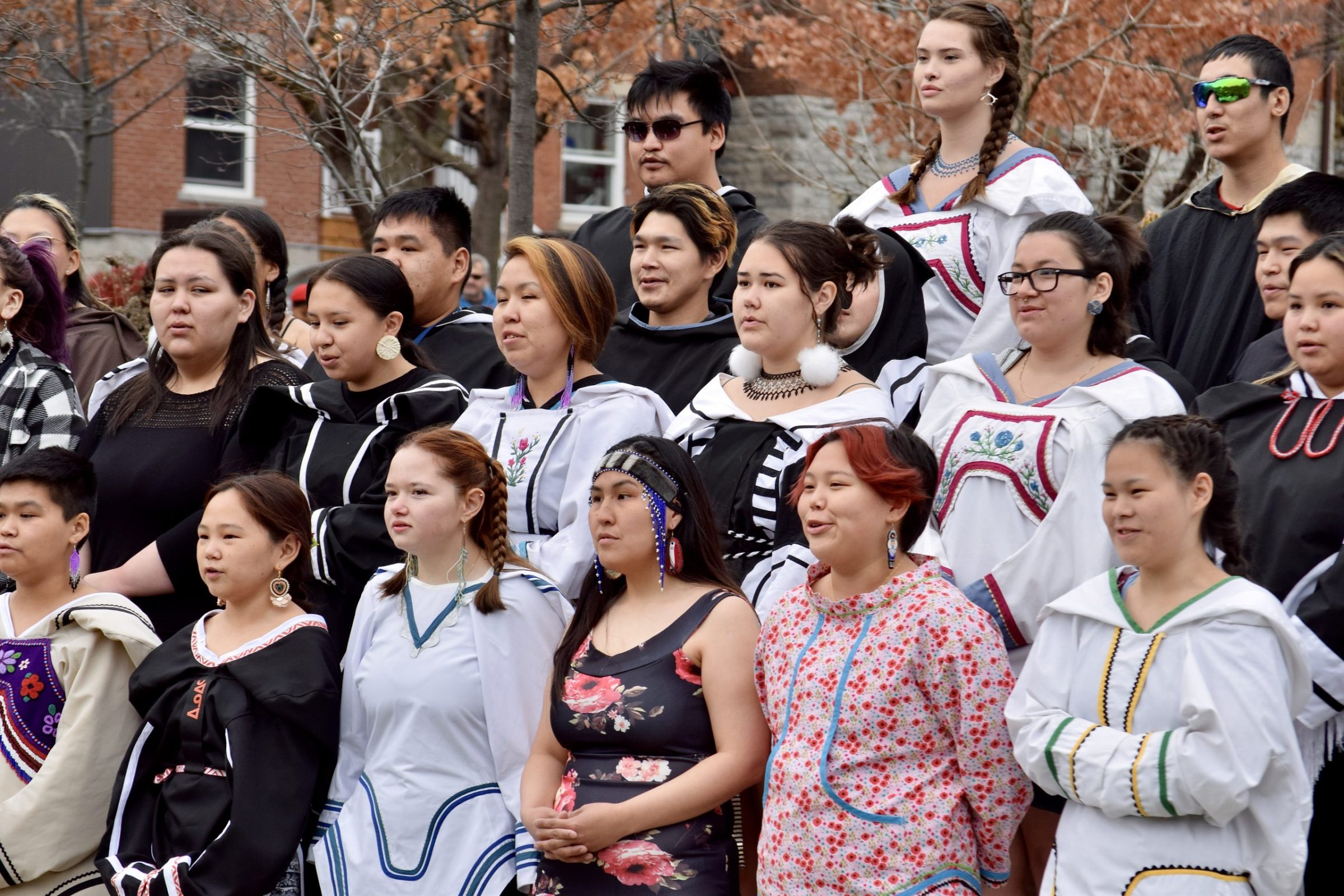 Around 300 people gathered in Annie Pootoogook Park to mark the annual celebration of Inuit culture, which is officially observed Monday.

The Isaruit Inuit Arts group and the City of Ottawa partnered to bring performances, arts vendors, traditional Inuit games and a community feast to the downtown park.

Students from Ottawa’s Nunavut Sivuniksavut school performed throat singing, drumming and Inuit games like knuckle hop, where players battle it out to see how long they can do hopping pushups on their knuckles. They also demonstrated leg hooking, where two players try to flip each over by lying on their backs and hooking their legs in the air.

Student Nivi Rosing, originally from Nuuk, Greenland, shared with the crowd that after speaking only Danish until she was 16, she has reconnected with her Greenlandic language and regained her fluency and connection to Inuit culture.

She spoke about being proud of being Inuit and urging others to make sure Inuit voices are heard on the world stage.

“If you are making decisions about the Arctic, you must include Inuit voices. Nothing about us without us,” she said.

Nunavut MP Lori Idlout said she “had been smiling since [she] arrived,” happy about seeing so many familiar faces at the festivities.

Outgoing Rideau-Vanier Coun. Mathieu Fleury was joined onstage by his successor Stéphanie Plante, one of several people who helped get the Sandy Hill park renamed last year after renowned Inuk artist Annie Pootogook, who died in Ottawa in 2016.

Ottawa’s Rideau-Vanier ward, where the park is located, boasts the largest concentration of Inuit in the city, Plante said.

“This is your park,” Fleury said, encouraging Ottawa’s Inuit community to continue holding cultural events there.

A sombre point in the afternoon came when a moment of silence was held for Pootoogook and Mary Papatsie, an Inuk woman who had been missing since 2017 and whose remains were recently found in nearby Vanier.

The day ended with a candy toss and a country food feast with bannock, seal meat, Arctic char and desserts for the many families in attendance.

See below for some snapshots of the International Inuit Day celebration.