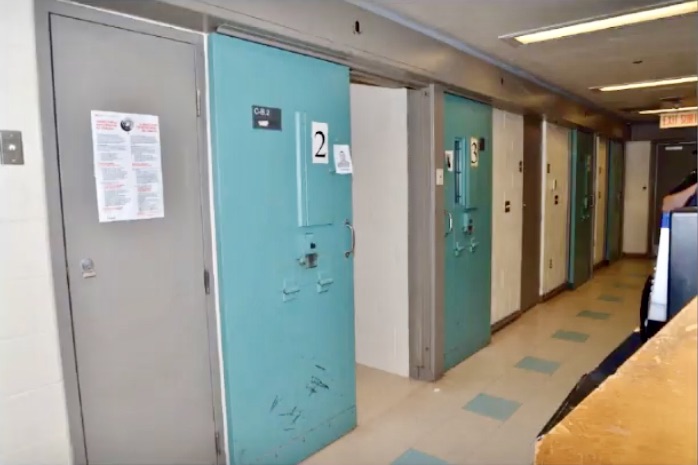 An inquest into the 2015 suicide of Inuk inmate Mark Jeffrey at the Beaver Creek Institution entered the final day of testimony on Tuesday, with witnesses saying that shortcomings in how the institution provided Inuit-specific supports to Jeffrey may have contributed to his death.

Jeffrey, 34, died in June 2015 while in custody at the Gravenhurst, Ont. institution where he had been serving a life sentence for the 2002 murder of 13-year-old Jennifer Naglingniq in Iqaluit.

Jeffrey hanged himself in his cell after spending 74 days in segregation, a lengthy period that was caused when an incompatible inmate arrived at BCI and prompted staff to begin the process of transferring Jeffrey to a new institution, the jury heard on Monday. Jeffrey had been placed in segregation after being caught consuming drugs he had purchased from another inmate and was held there while his case was reviewed.

A coroner’s inquest was called to examine the circumstances that may have led to Jeffrey’s death and to offer recommendations for how correctional institutions can better support Inuit inmates to avoid similar deaths in the future.

Witnesses testified throughout the inquest that multiple factors may have contributed to Jeffrey’s suicide while in segregation, including being unable to access Inuit cultural supports while isolated, feeling that he was regressing in his healing plan and anxieties around where he would be transferred to once released from segregation.

On Tuesday, the jury heard that the process in place for reviewing Jeffrey’s case management file may have inhibited Indigenous support workers at the institution from filing dissenting opinions on whether Jeffrey should have been prevented from attending the Waseskun Healing Centre in Quebec, a minimum-security healing lodge that he had been accepted to.

Sarah MacDonald is the assistant warden of intervention at BCI. She said that while case management teams for Indigenous inmates include parole officers, correctional officers, managers of assessment and intervention, elders and Indigenous liaison officers, it is ultimately the responsibility of the parole officer to submit final reports on an inmate’s case file, and they are not required to confirm the contents of reports with consulting parties before submitting. The final decision is instead shared with the inmate directly, and any objections to its contents need to come from the inmate themselves, MacDonald said.

Previous testimony from Wes Whetung, an Indigenous elder who worked with Jeffrey in the year leading up to his death, and Noah Noah, the Indigenous liaison officer at BCI, confirmed that they each would have cited on the final report that they did not agree that Jeffrey should be prevented from attending Waseskun or transferred to an entirely new institution, had they been given the opportunity to do so in writing.

When counsel from Aboriginal Legal Services asked MacDonald if allowing Indigenous support workers to directly input their opinions on an inmate’s case management report would help prevent potential misinterpretations of their standings, she agreed it would be.

There are currently 20 Inuit inmates at BCI, down from 48 in 2015, so inmates have greater access to the elders and Indigenous liaison officers, MacDonald testified. But she said that issues persist with how Inuit elders are sourced to work at the institution.

Citing personal conversations she had with Whetung, MacDonald said that many Inuit elders are reluctant to leave their northern communities to come to work in parts of the country where they do not have access to cultural resources and supports, and feeling isolated is a common concern of prospective elders.

While federal segregation units like the one Jeffrey was held in were abolished in 2019, Marty Maltby, the acting director general of the Indigenous Initiative Directorate with Correctional Service Canada also gave testimony confirming that “more needs to be done” to better support Inuit inmates specifically.

In addition to CSC counsel, Aboriginal Legal Services and Tungasuvvingat Inuit have been given special standing at the inquest. The parties will consider ways that access to Inuit-specific resources may help prevent future inmate deaths under similar circumstances.

The inquest will continue Wednesday with closing statements by the coroner’s counsel and parties with special standing, after which the jury will deliberate and issue its official recommendations.