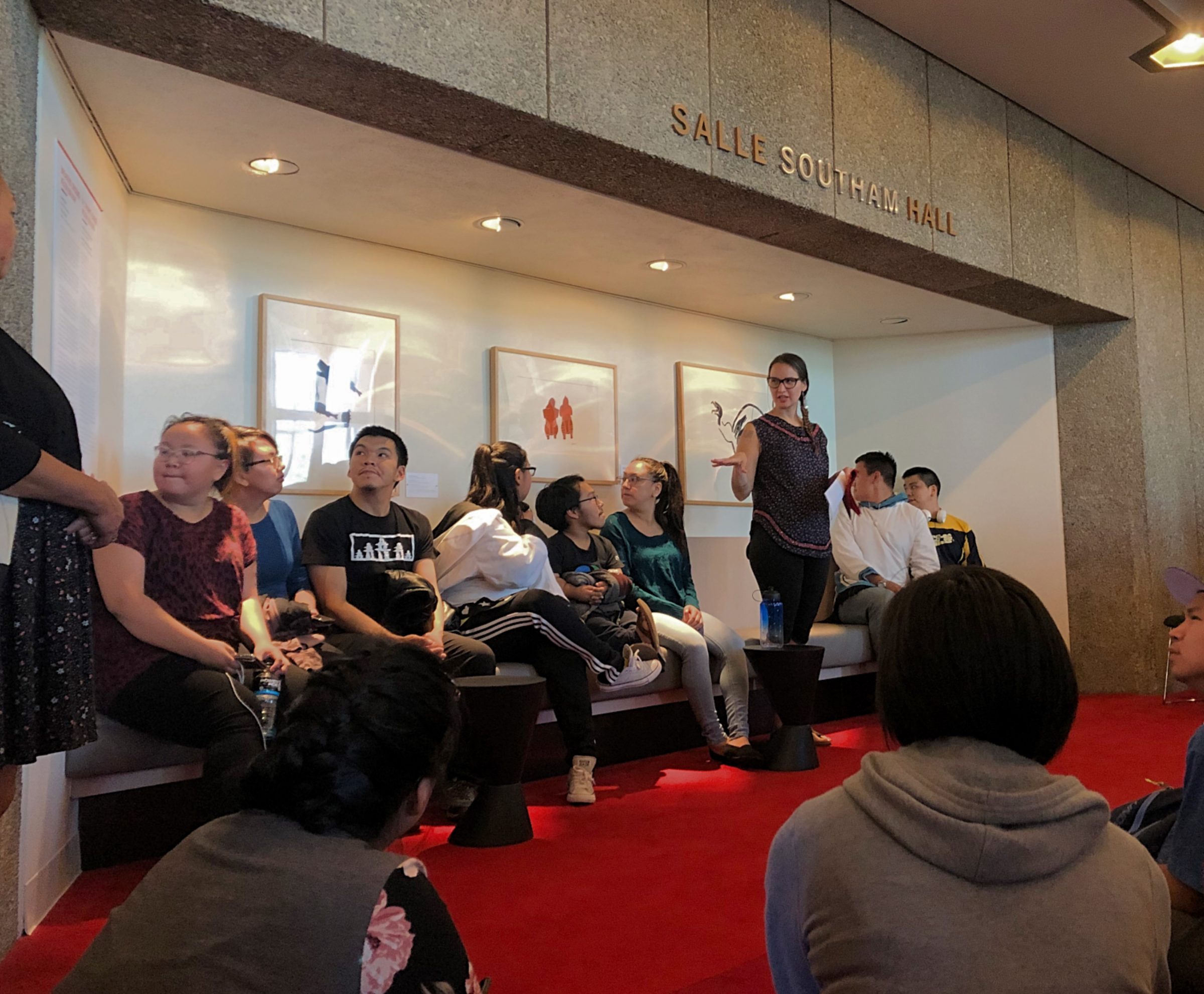 For the past three months, visitors to Ottawa’s National Arts Centre have been treated to the sight of Inuit art in the building’s waiting areas.

These works, by Janet Kigusiuq from Baker Lake and Helen Kalvak from Ulukhaktok, formed part of Breaking Ground, an art installation that was part of the centre’s commitment to indigenize Canada’s art spaces. The installation recently wrapped up, after running from Sept. 12 to Friday, Nov. 8.

Breaking Ground also included the works of the Indigenous artists Freda Diesing and Rita Letendre. It started as part of the centre’s Indigenous arts festival, Mòshkamo.

The installation was a partnership between the centre and the Carleton University Art Gallery that was curated by Krista Ulujuk Zawadski and Danielle Printup. Zawadski, a curator for the Government of Nunavut and currently a PhD student at Carleton University, chose which of Kalvak and Kigusiuq’s artwork to feature in their exhibits.

When asked why she decided to join Breaking Ground, Zawadski said, “My motivation is always, there’s an opportunity to curate Inuit arts. So let’s do it. It’s not something that like I would ever think not to do, you know?” 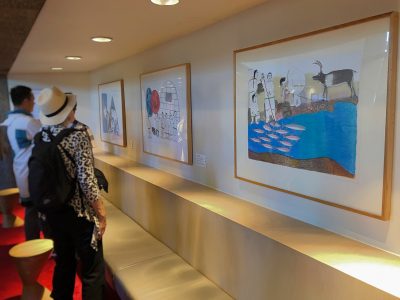 Janet Kigusiuq’s artwork on display at the National Arts Centre in Ottawa. (Photo by Kahlan Miron)

Usually, when curating, Zawadski likes to focus on lesser known or emerging artists. However, Kalvak and Kigusiuq are both well-known in their field. The decision to feature these more popular artists partially came from needing to work with what the Carleton University gallery had available—but Zawadski chose the artists for other reasons as well.

“The central theme that we worked with was trailblazing women artists,” Zawadski said. “So we wanted to choose people that were women artists, first and foremost, but that were trailblazers in one way or another.”

Kigusiuq, the daughter of Jessie Oonark, has continued her family’s strong artistic tradition and became well-known for experimentation with mediums, doing drawings, sculpture and collages. Her artwork on display at the National Arts Centre was prints, depicting life on the land with pops of vibrant colour.

Kalvak, meanwhile, helped establish the Holman Eskimo Co-operative in Ulukhaktok and was appointed the Order of Canada in 1978. Her displayed artwork was more monochromatic, with single-colour figures suspended on a white backdrop.

Both artists were inducted into the Royal Canadian Academy of Arts, Kalvak in 1975 and Kigusiuq in 2002.

Zawadski felt it was important to use Kalvak to represent western Arctic art, which she says is often underrepresented in exhibitions. As for Kigusiuq, well, Zawadski also couldn’t resist the chance to work with her pieces. “I’m such a huge fan,” Zawadski said.

Zawadski highlighted the importance of lived experience in both women’s work. The details depicted in their art, even when based around myth and legend, draw on personal knowledge learned through living in the Arctic.

Zawadski says she was raised to recognize the importance of lived experience. It’s only been reinforced through her career: Zawadski’s seen art reviewers mistakenly explain that char die after spawning, and she’s read in papers about Inuit historically hunting reindeer in Canada.

“How do you write about these things, if you’ve never experienced it?” she said. “How do you create art that’s accurate, if you haven’t lived it?”

Lived experience became an important talking point in Zawadski’s tour of the Breaking Ground exhibits. Zawadski, along with Printup, led the public through a free tour of the displays on Sept. 20, giving background information on each artist. Zawadski also delved into Inuit history and culture, and used some of her own life experience to explain. 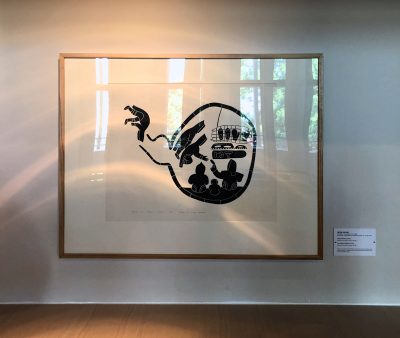 The tour was a cozy affair, which was helped by the Nunavut Sivuniksavut students in the crowd, who Zawadski knew through her teaching position at the school this year. Zawadski had invited students and teachers to the event, but didn’t expect to see so many familiar faces in the audience.

“It was a bit of a surprise that there were that many,” she said. “I was kind of expecting like one or six. So that was great. I was excited to see them there.”

Zawadski appreciated the opportunity to show Inuit youth what a curator does and how she operates within an exhibition. It’s valuable to show youth what different career paths exist, she said, “because you don’t know what you don’t know.”

Zawadski said she commends the National Arts Centre for hosting the exhibit.

“It’s great to see these big institutions make an effort to indigenize a space,” Zawadski said. “I think it’s so important. We give a lot of Indigenous artists, curators [and] art historians opportunity to flourish in that space. It’s not just something that’s out of reach for us anymore.”