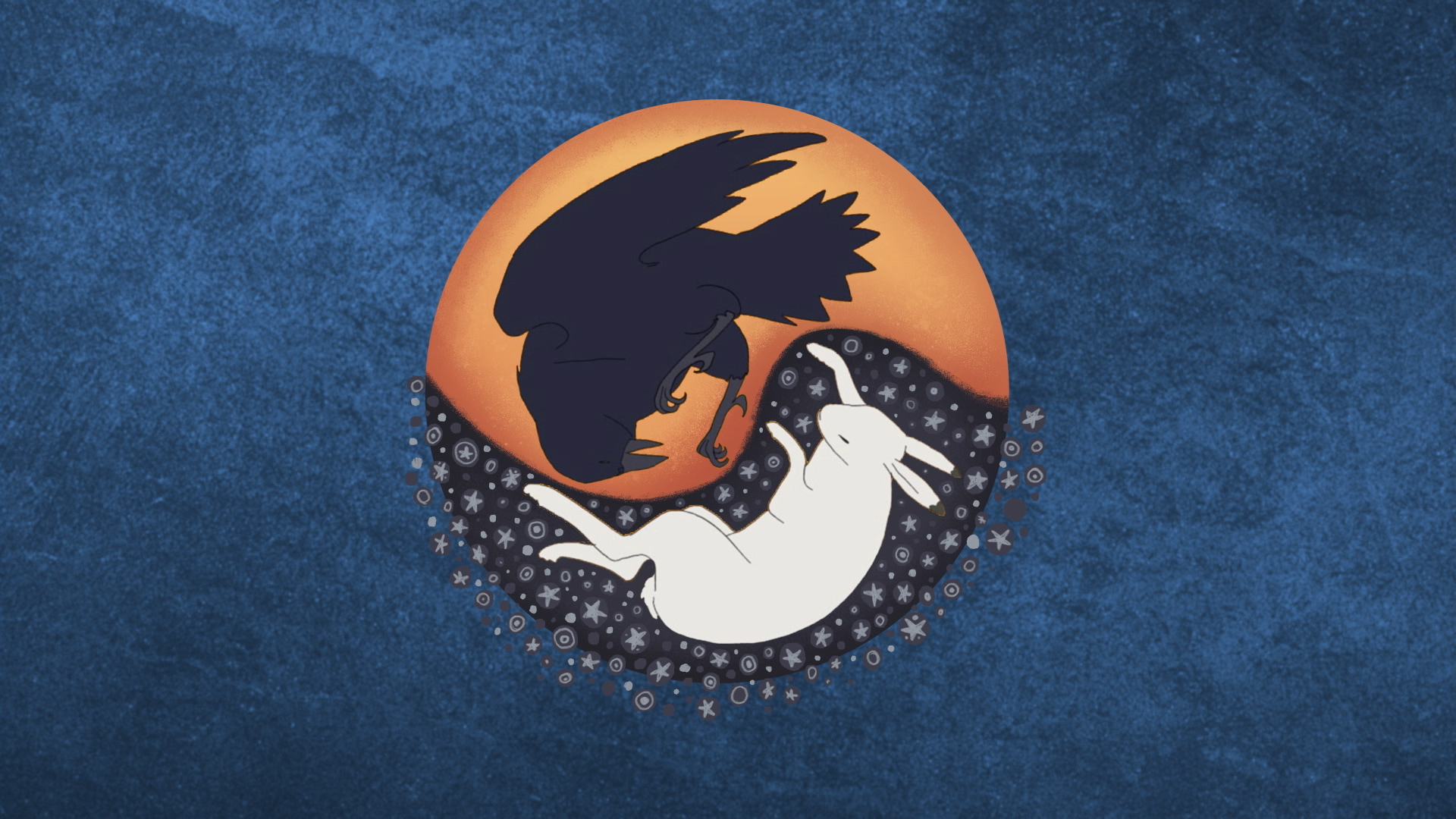 This is an image from “Arctic Song,” an award-winning short film co-directed by artist and storyteller Germaine Arnaktauyok. (Photo courtesy of National Film Board of Canada)

Arctic Song, an award-winning short film co-directed by artist and storyteller Germaine Arnaktauyok, is available for free streaming from the National Film Board of Canada.

In the six-minute video, Arnaktauyok blends her graphic art with animation and song to express traditional Inuit creation stories.

Drawing on Inuit myths and legends, the film tells the stories of the raven who brought daylight to the world, the giants who turn into the mountains, and the animals who created the constellations and northern lights.

Arnaktauyok, a painter, printmaker and illustrator, is known for her depictions of Inuit culture, from legends and ceremonies to traditional tattoos and feminist narratives.

Arctic Song incorporates some of her best-known prints, such as Night and Day (2006) and Northern Lights (2006), into the animation.

The narration is set to music, with the words sung in Inuktitut and accompanied by English subtitles.

Co-produced by the National Film Board, Arctic Song premiered in October 2021 at the Bell TIFF Lightbox, an online viewing platform, as one of four pieces included in the Aurora Borealis short film program.

Arctic Song was also shown last year at film festivals across North America and in Europe, and was named Best Canadian Short Film at the Montreal First Peoples Festival.

A celebrated artist in Canada and internationally, Arnaktauyok was presented the Governor General’s Award in visual and media arts in 2021, making her the second Inuk to receive this award after the late Kenojuak Ashevak won it in 2008