“When you’re doing artwork, you really don’t think about money or an award, you just do it because you enjoy it,” lifelong artist says 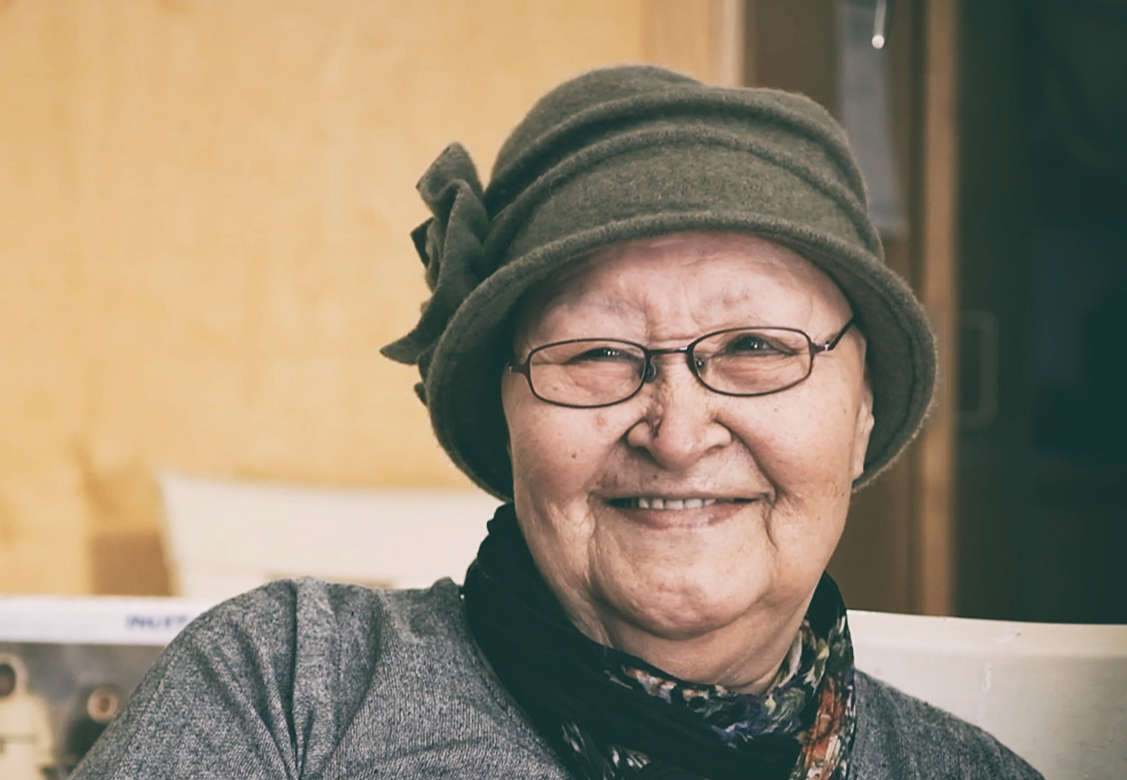 Germaine Arnaktauyok is one of this year’s recipients of the Governor General’s Award in visual and media arts. (Photo courtesy of Canada Council for the Arts)

As a little girl growing up in a camp outside of Igloolik, Germaine Arnaktauyok didn’t have access to paper, but that didn’t stop the would-be artist from expressing herself.

What she did have were gum wrappers that her father would bring home.

“I used to save those and do little drawings on them,” said Arnaktauyok.

“That was the beginning of my doing artwork.”

It is a pursuit that she would go on to dedicate her life to and one that she’s now being recognized for.

Last month, the Canada Council for the Arts announced that Arnaktauyok, 75, had won a Governor General’s Award in visual and media arts, making her the second Inuk to receive the honour after the late Kenojuak Ashevak won the award in 2008.

“I was very surprised,” she said.

Since 1999, the Governor General’s Awards in visual and media arts have recognized remarkable careers in Canada’s arts community.

Over the past six decades, Arnaktauyok, a painter, printmaker and illustrator, has become well-known for her depictions of Inuit culture, from legends and ceremonies to traditional tattoos and feminist narratives.

Her work has been shown around the world, including at a major solo exhibition at the Winnipeg Art Gallery in 1998.

A year later, Arnaktauyok’s silkscreen print, The Drummer, was featured on the back of the toonie issued by the Royal Canadian Mint to commemorate the establishment of Nunavut.

Arnaktauyok was nominated for the Governor General’s Award by Darlene Coward Wight, curator of Inuit art at the Winnipeg Art Gallery.

“Arnaktauyok’s contribution to Canadian art is significant,” Wight said in a statement alongside the award announcement.

“She has charted her own course and created her own unique visual language.”

In addition to her more traditional art endeavours, Arnaktauyok has illustrated more than a dozen children’s books and authored books of her own, including My Name Is Arnaktauyok: The Life and Art of Germaine Arnaktauyok, which chronicles her life and career — from residential school to accomplished artist.

Last year, Arnaktauyok also acted as a consultant, illustrator and staging support for Unikkaaqtuat, a live multimedia and stage performance that drew inspiration from her illustrations.

For Wight, it’s Arnaktauyok’s influences such as these that are her lasting contributions to the art world and beyond.

“Her lifelong interest in her own unique Inuit culture has been an inspiration to many younger artists,” said Wight.

Despite the recognition and success she has achieved over her career, Arnaktauyok says it’s the passion for her work that has kept her going.

In addition to stressing the importance of lifelong learning, Arnaktauyok’s advice for up-and-coming Inuit artists stems directly from her own experiences: follow your passion and persevere.

“When you’re doing artwork, you really don’t think about money or an award, you just do it because you enjoy it,” she said.

“If you think you could do it, you just have to keep going at it.”