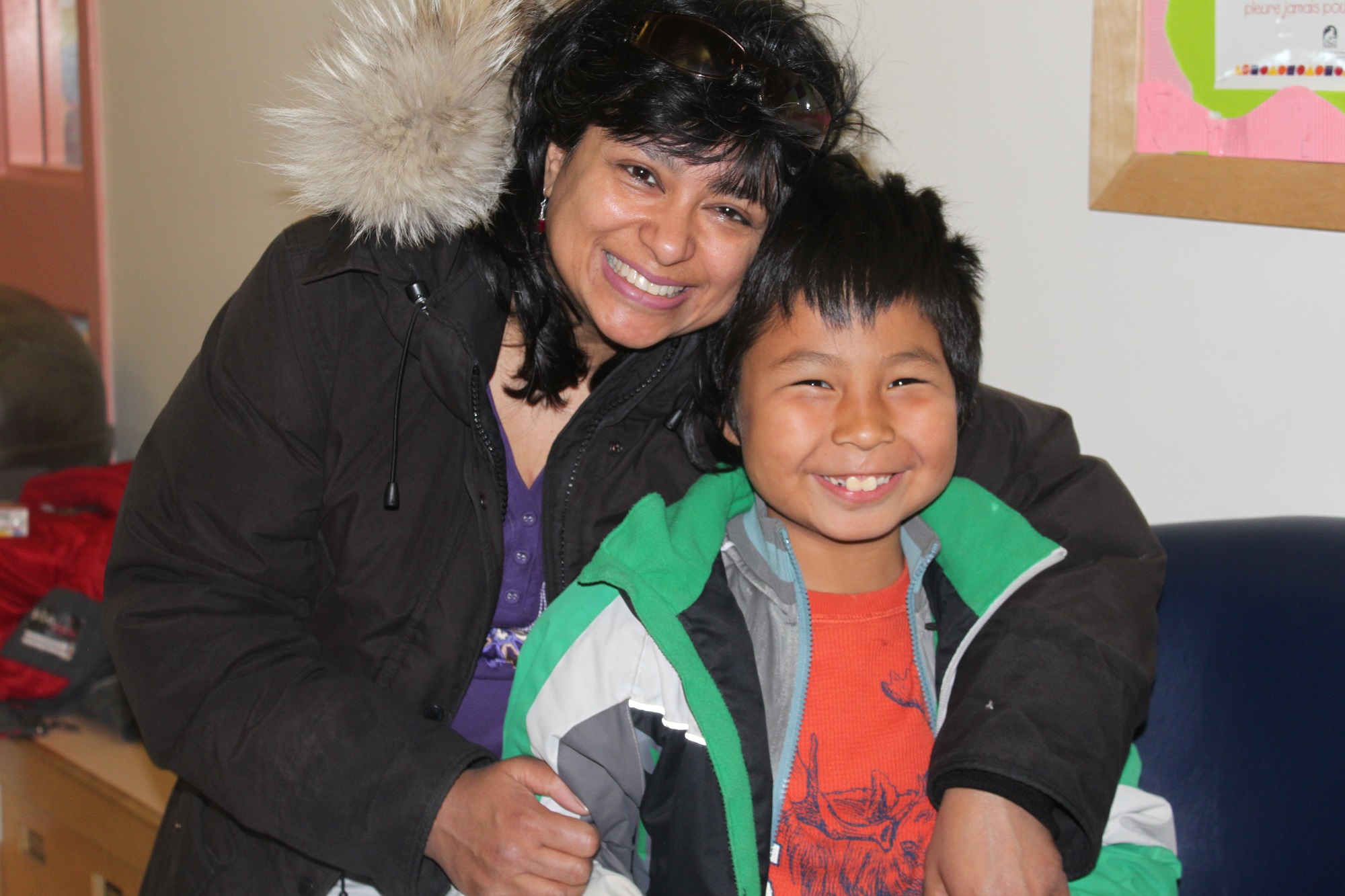 Dr. Anna Banerji and her late son Nathan, pictured here in 2013 on Nathan’s first trip to his birth community of Clyde River. (Photo courtesy of A. Banerji)

An Inuk teen who died in 2018 is the inspiration behind a new bursary and scholarship to support more Indigenous students through medical school.

Nathan Banerji-Kearney spent most of his life in Toronto, but kept close connections to his birth community of Clyde River, where his biological family lives.

His mother, Dr. Anna Banerji, recently helped to establish the Nathan Banerji-Kearney Memorial Award for Indigenous Students at University of Toronto’s faculty of medicine, where she is an associate professor.

“Nathan was a kid who had every opportunity, but his took his own life,” she said. “Even here, the inter-generational trauma reached him.”

“This award is really to bring awareness of trauma in Indigenous communities. It’s challenging the health-care system to do better.”

Banerji, a pediatric infectious disease specialist, started working in Nunavut in 1995, where she was researching lung infections in babies.

She’s best known for her work advocating for all infants in Nunavut and Nunavik to be vaccinated against respiratory syncytial virus, which can cause infections like bronchiolitis and pneumonia.

In 2004, when Banerji was preparing to travel to Asia to help with tsunami relief efforts, she received a call from a Nunavut foster family with a newborn baby. The birth mother had requested the infant be adopted outside of the territory.

Banerji adopted Nathan when he was four months old. She took him to Nunavut often and when he was eight years old, they visited his home community of Clyde River for the first time.

“The whole community came to see him,” Banerji recalled. “He didn’t realize he had eight siblings — he met all of them. He was thrilled.”

Nathan kept in touch with many of his Nunavummiut relatives. But as a pre-teen, he was dealt a blow when he learned that his older brother Cory died by suicide in Clyde River at age 14.

“In that instant, his life was changed,” Banerji said, saying Nathan began to struggle with depression and suicidal ideation.

Banerji sought mental health support for his son, but said her concerns were largely dismissed.

A few weeks after Nathan’s 14th birthday, he died by suicide.

Banerji believes Nathan’s story is just one an example of the racism and barriers Indigenous people face in the health-care system and beyond.

Last year, some of Banerji’s colleagues at the University of Toronto helped set up a bursary in Nathan’s name to help reduce financial barriers for Indigenous medical students.

The new Nathan Banerji-Kearney Memorial Award for Indigenous Students complements that bursary, by recognizing a fourth-year, graduating student in the MD program.

“That way, we can continue to support Indigenous medical students,” Banerji said.

“The long-term goal is getting more Indigenous [people] and Inuit into the health-care system.”