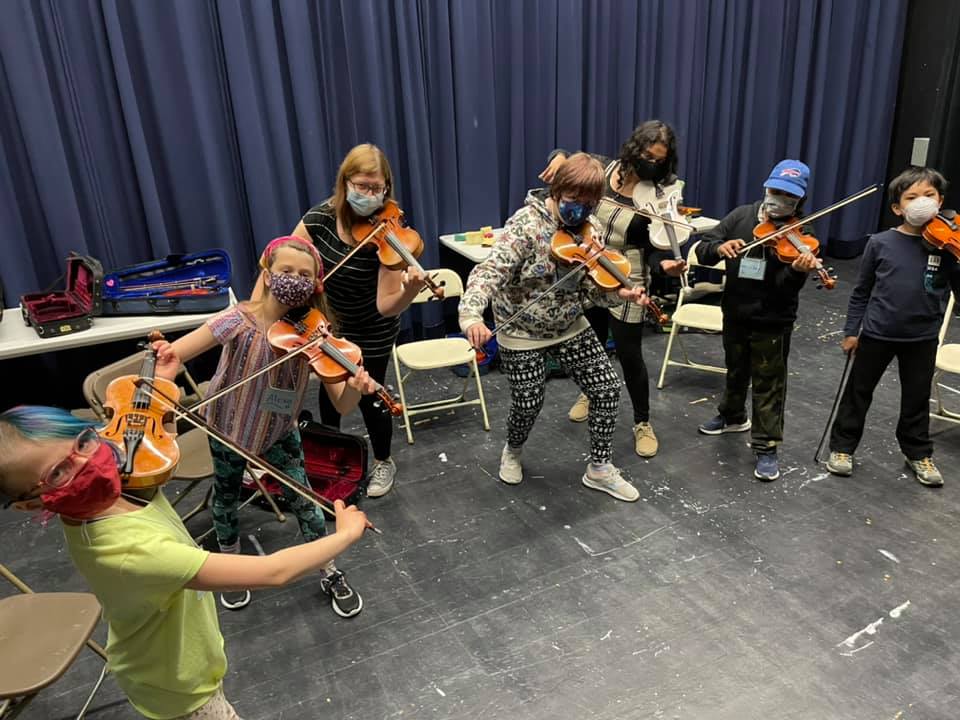 After wrapping up this year’s annual summer music camp, the Iqaluit Music Society is days away from launching the after-school program that won them the $1 million Arctic Inspiration Prize in February.

Building on short-term camps the society has run for over 25 years, where children learn traditional Inuit throat singing, drum dancing, and how to play the fiddle and accordion, the new program will run four days a week all school year.

Senkow’s daughter Alexa, 9, has learned to play the fiddle at the week-long day camps for the past five years and recently tried drum dancing for the first time.

“She says it’s the best week of the year,” Senkow said with a laugh.

Her six-year-old son Nikodemus went to camp for the second year this summer and has learned to play the ukulele. This summer he started learning to play the fiddle for the first time. 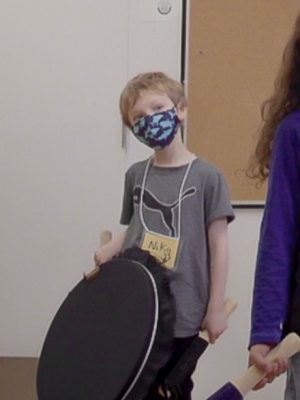 “He thought it was amazing,” she said.

For both her kids, she said learning and practising music has helped their mental health — especially amid the COVID-19 pandemic — and she has seen improvements in other skills, such as math.

“I’m pretty sure the two are linked because it’s very much recognizing patterns and things like that.”

Darlene Nuqingaq, the volunteer president of the Iqaluit music society, said this idea is at the core of the camps and the new program.

The programs are meant to teach music but also benefit kids in other ways. It’s based on El Sistema, a music-education program founded in Venezuela.

“Research [on El Sistema] has shown children who are in these after-school daily music programs, their literacy and numeracy skills improve,” Nuqingaq said.

“They go on to post-secondary or some kind of career after Grade 12,” she added.

The first version of the program will be offered to 20 first-grade students at Nakasuk elementary school in Iqaluit, since that’s where space was offered.

The plan is for six-year-old students to learn basic concepts like rhythm and beat through throat singing and drum dancing.

When students advance into the second year of the program, they will learn to play the fiddle, and the year after they’ll have the option to play the accordion, Nuqingaq said.

A priority for the program is to train and hire local Inuit musicians and teachers as well, with many former students already helping at the camps and local musicians and throat singers leading the workshops. 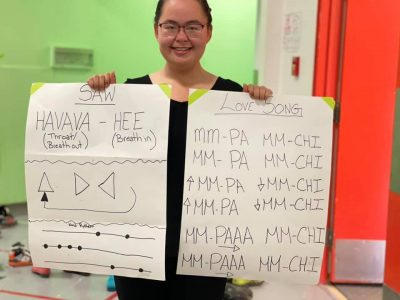 Molly Ell, a traditional Inuit music instructor will be leading the new after-school program called “Imaa, Like This.” (Photo courtesy of Darlene Nuqingaq)

The long-term goal is for this type of programming to be available across the territory and for all schools to have a music curriculum, with home-grown teachers and musicians, Nuqingaq said.

“In a territory rich with musicians and artists, we should have a fine arts program founded on Inuit traditional art.”

The funding from the Arctic Inspiration Prize will be available to the music society for three years, and afterwards, Nuqingaq said she hopes they will have proven the advantages and interest in the music program enough that another funder, like the Government of Nunavut, will help them keep going.

Registration for the after-school program in Iqaluit will be available after the September long weekend with a tentative start date of Sept. 16, with final details still being confirmed.