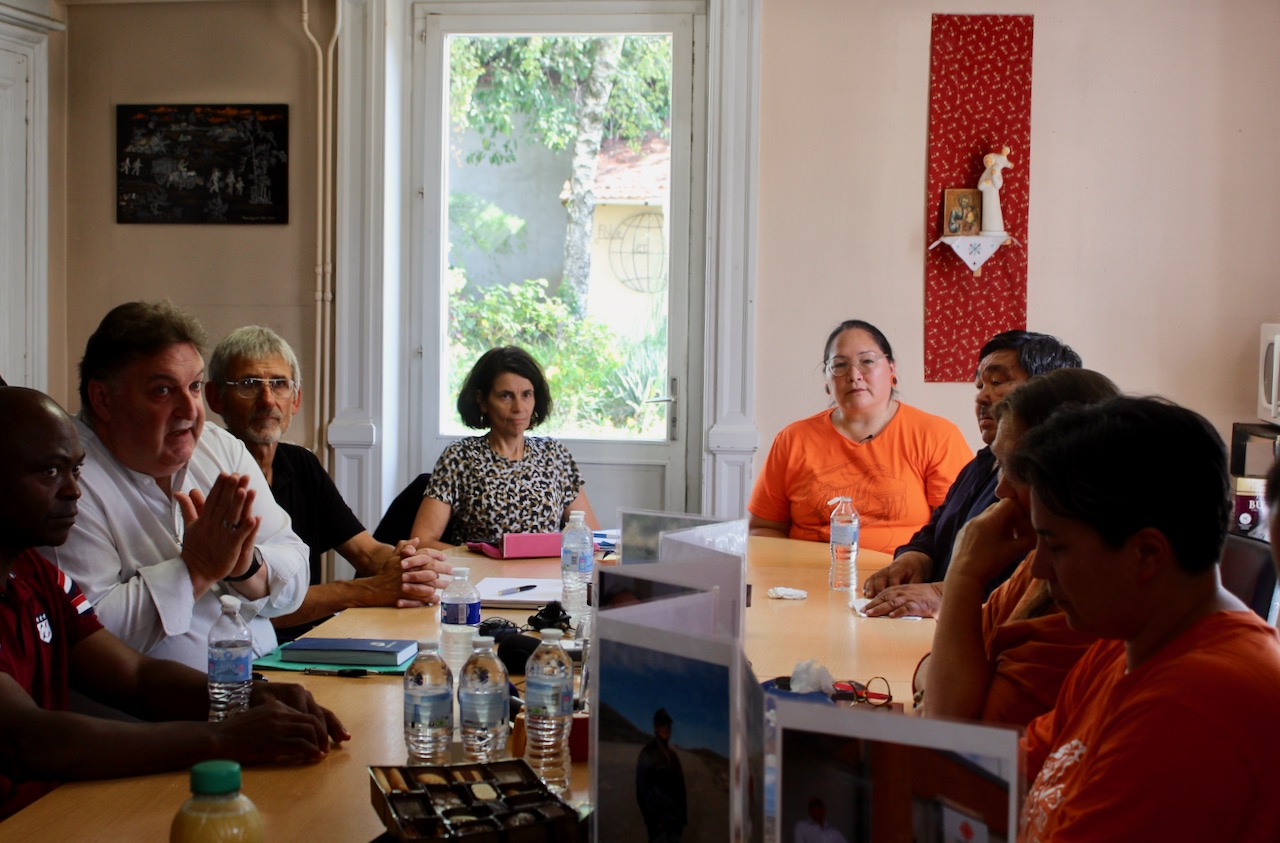 Rev. Vincent Gruber, on the left and wearing a white shirt, sits with members of the Nunavut Tunngavik Inc. delegation at the French Oblates’ headquarters in Lyon, France on Wednesday. (Photo by Emma Tranter)

LYON — Former Nunavut priest Johannes Rivoire has agreed to meet with a delegation of Nunavummiut that includes one of the victims of his alleged abuse.

The French Oblates, a Roman Catholic order, confirmed the meeting moments before the Canadian delegation arrived by train in Lyon from Paris Wednesday afternoon. Prior to its arrival, the delegation was not sure if Rivoire would agree to meet with its members. 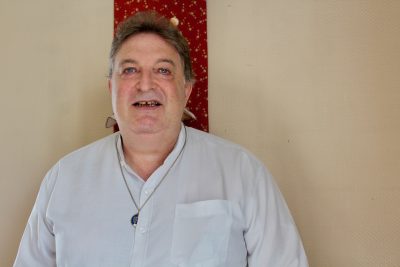 Father Vincent Gruber, head of France’s Oblates, poses for a photo inside the Oblates’ headquarters in Lyon, France on Wednesday, Sept. 14, 2022. (Photo by Emma Tranter)

RCMP laid a new charge of indecent assault against Rivoire earlier this year.

Rivoire left Canada in 1993 and has lived in France since. Even though France has an extradition treaty with Canada, French nationals are protected from it. The delegation, led by Nunavut Tunngavik Inc., is in  France this week trying to convince Ministry of Justice officials to extradite Rivoire anyway.

The delegation arrived at the Oblates’ headquarters in Lyon just after 2:15 p.m. local time, walking up the stone stairs to a boardroom-like meeting room.

Photos of what appeared to be victims were spread out on the table facing Rev. Vincent Gruber, who they will meet with before they see Rivoire.

Kabloona arrived at the headquarters a few minutes early to help set up the room and she addressed the media.

“This is a bit of a surprise to the survivors because we have been trying for a while to get the meeting … it is a very difficult situation,” she said.

Kabloona said the meeting had been “tentative” but was confirmed Wednesday.

“We did not have a lot of time to prepare … it’s short notice for such a significant meeting. It’s something that [the delegation] is processing at this time,” she said.