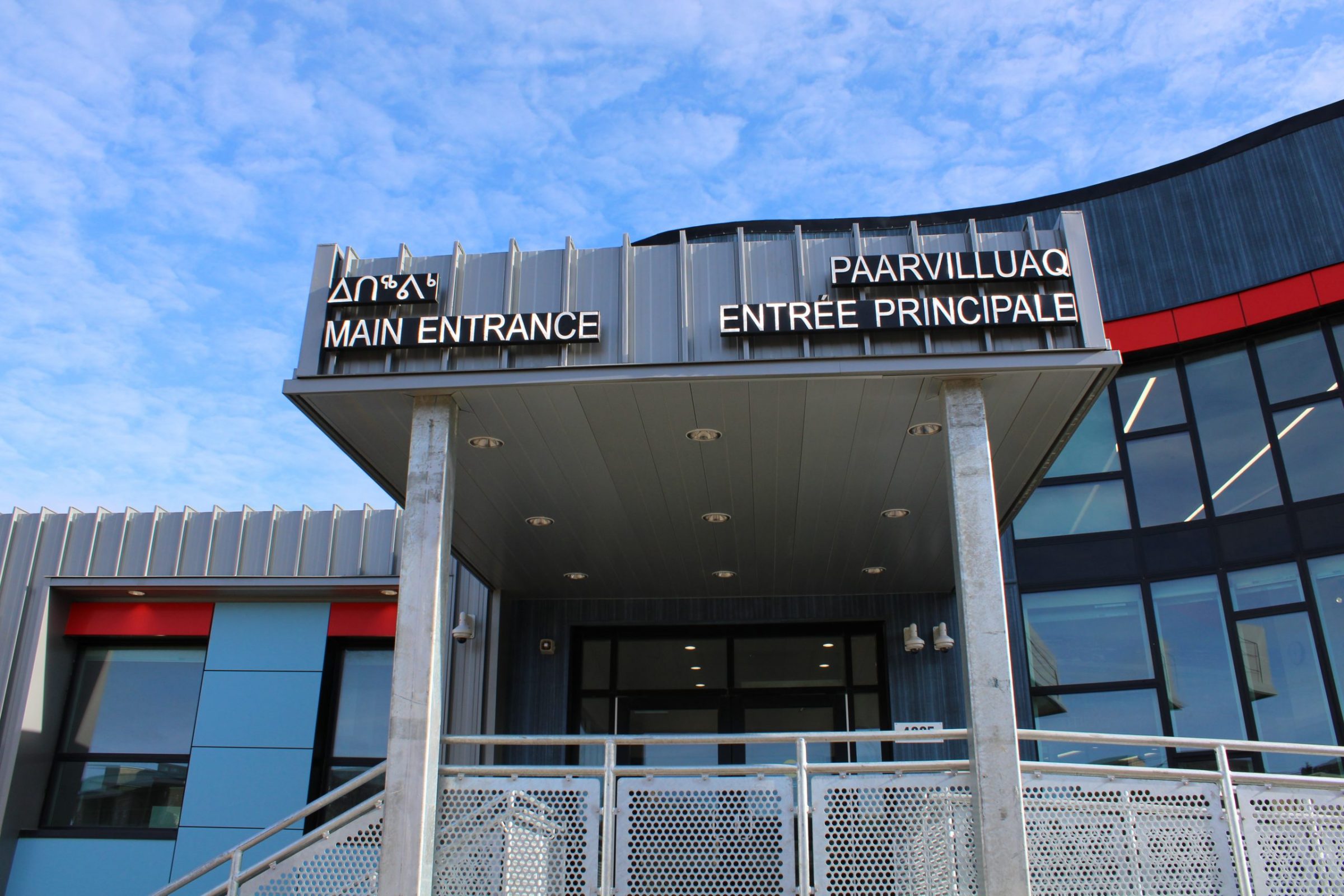 KINNGAIT — Kinngait’s new health centre is a huge upgrade for the community, and will increase quality of life at work for its staff, says Nunavut’s health minister.

Lorne Kusugak, who spoke in the community of about 1,500 Tuesday for the facility’s ceremonial opening, pointed to features including a fitness centre, coffee room and shower.

“It’ll give [staff] a good opportunity to refresh and let some of the stress and stuff go away,” said Kusugak. 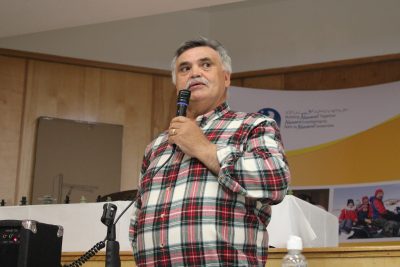 The health centre opened at the beginning of August and around 40 people came through each day during its first week. The building features a mental health unit, eight clinician rooms, and a dentistry.

“I think that’s going to be a big help. This is something we need in all the health centres,” said Kusugak.

Sanikiluaq also received a new health centre this year, and Kusugak says Nunavummiut will be able to expect to eventually see this level of health care across the territory.

“This will be the minimum that we have going forward,” he said.

The new facility has proper storage areas, a pharmacy and offices whereas the old health centre lacked in each of those areas, said the centre’s head nurse, Michael Blake, during a tour of the facility. 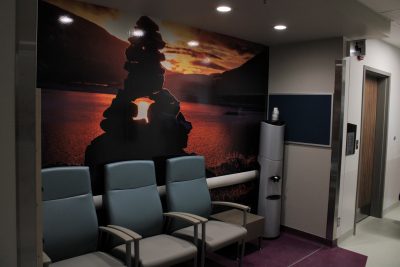 A photo of an inukshuk takes up a wall in the mental health ward of the Kinngait Health Centre. The hamlet’s mayor, Timoon Toonoo, says that picture, and others, were added to the design of the building to include Inuit traditional knowledge. (Photo by David Venn)

The building was made with Inuit traditional knowledge in mind, said Kinngait Mayor Timoon Toonoo, in front of about 50 community members at the community hall.

There are pictures by local photographers throughout the hospital, such as one stretched above the reception area and another in the mental health corridor’s waiting area.

Toonoo thanked the health staff for pushing for this to be included.

“This is very good news for the community of Kinngait,” he said.