Kitikmeot women being sent to Edmonton for births amid N.W.T. nurse shortage

‘It was pretty hard on me but I got through it,’ said Cambridge Bay’s Kate Kuliktana about her last delivery in Edmonton 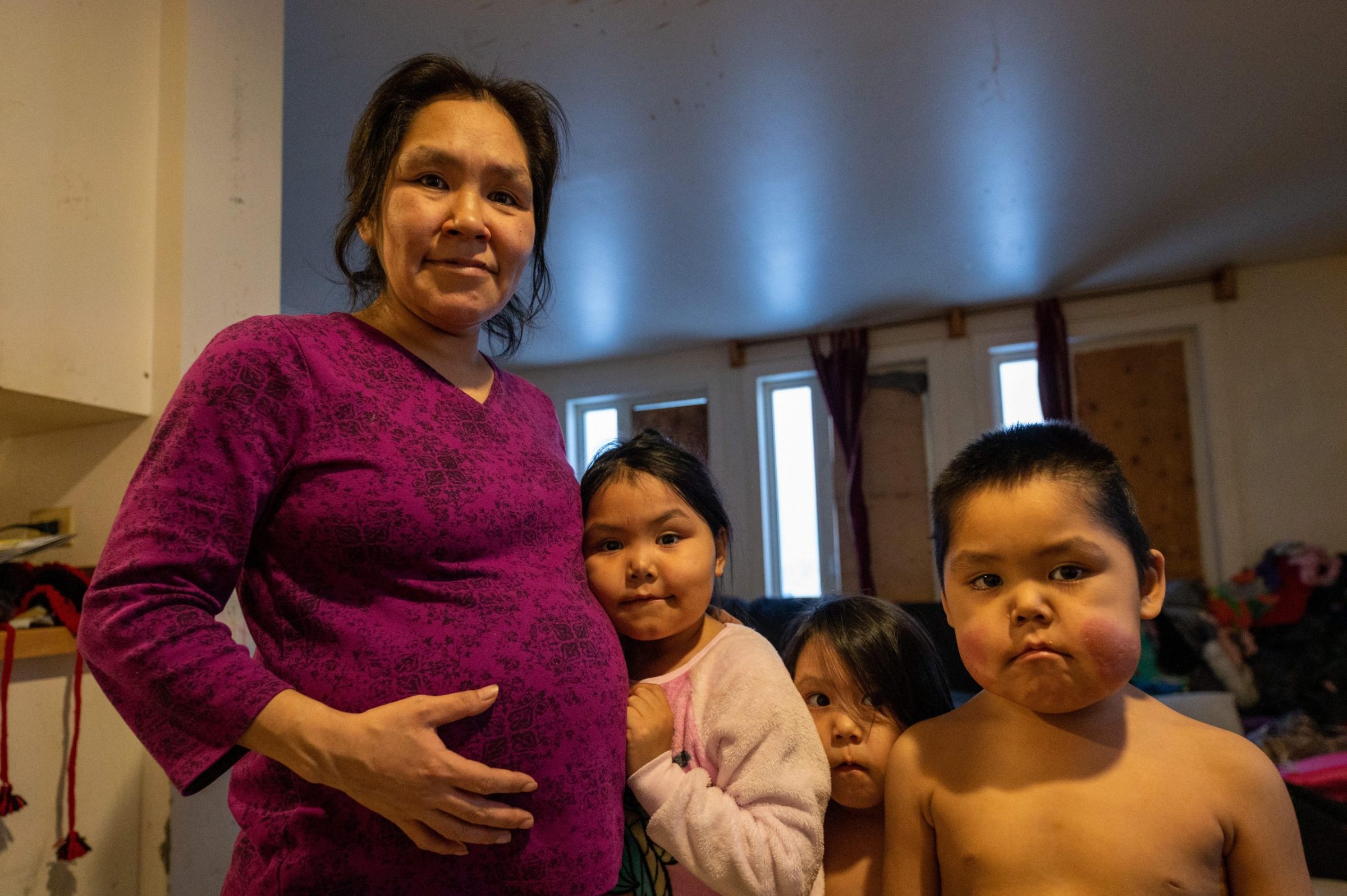 Kate Kuliktana, soon-to-be mother of nine, has given birth to most of her children in Yellowknife over the past 17 years and is hoping to have her next baby at home. But, if she needs to go to hospital, she said she doesn’t know where she will be sent. (Photo by Dustin Patar)

With the largest hospital in the Northwest Territories too understaffed to handle births, some expecting mothers in Nunavut have to fly even further from home than usual to have their babies.

Instead of going to Stanton Territorial Hospital in Yellowknife, women from the Kitikmeot region will have to travel to Edmonton to give birth beginning in December through February.

Kate Kuliktana lives in Cambridge Bay and is expecting her ninth child in March.

She is hoping to have her baby at home with a midwife, as she has done before, but she has been told she might be flown to Edmonton if she needs to go to a hospital.

“I’m not too sure where they’re going to send me to have my baby,” she said.

For the birth of her last child, who is now 14-months-old, Kuliktana said she was medevaced to Edmonton, where she had to stay nearly two months in total.

Her mother originally travelled with her but had to return to Cambridge Bay to care for Kuliktana’s seven other children while she was away, leaving her to give birth alone.

“It was pretty hard on me but I got through it. I survived,” she said.

If she can’t give birth at home in a few months, Kuliktana said she’d have to find someone to watch her other kids, ranging from 14 months to 17 years old, for over a month.

“That’s what worries me.”

The trip to Edmonton is also longer than the trip to Yellowknife, which Kuliktana said can be daunting both while pregnant and while returning home with a newborn.

Flights from Cambridge Bay to Edmonton typically have at least one layover, most often in Yellowknife.

Canadian North flights to Edmonton from other Kitikmeot communities often have more layovers.

Victoria Koblogina, another expecting mother from Cambridge Bay, said having to go to Edmonton is complicated by her having a young daughter who is still breastfeeding.

“I am frustrated,” she said.

She is due to have her second baby on Dec. 20, away from her support system.

“It’s far from home and I don’t know anyone in Edmonton.”

The Northwest Territories Health and Social Services Authority announced on Monday labour and delivery services at Stanton Territorial Hospital are temporarily suspended between Dec. 10 and Feb. 21, 2022.

“Stanton is not able to ensure adequate personnel to operate the full volume of birthing services in a safe manner,” is stated in a news release.

Cabin Radio, a local N.W.T. news source, has reported the issue isn’t related to the national nursing shortage, but staff quitting because of bad management and being put in “dangerous and stressful situations.”

Danarae Sommerville, a spokesperson for Nunavut’s Health Department, said between 25 and 30 prenatal women from the Kivalliq region will need to travel to Edmonton in the coming months.