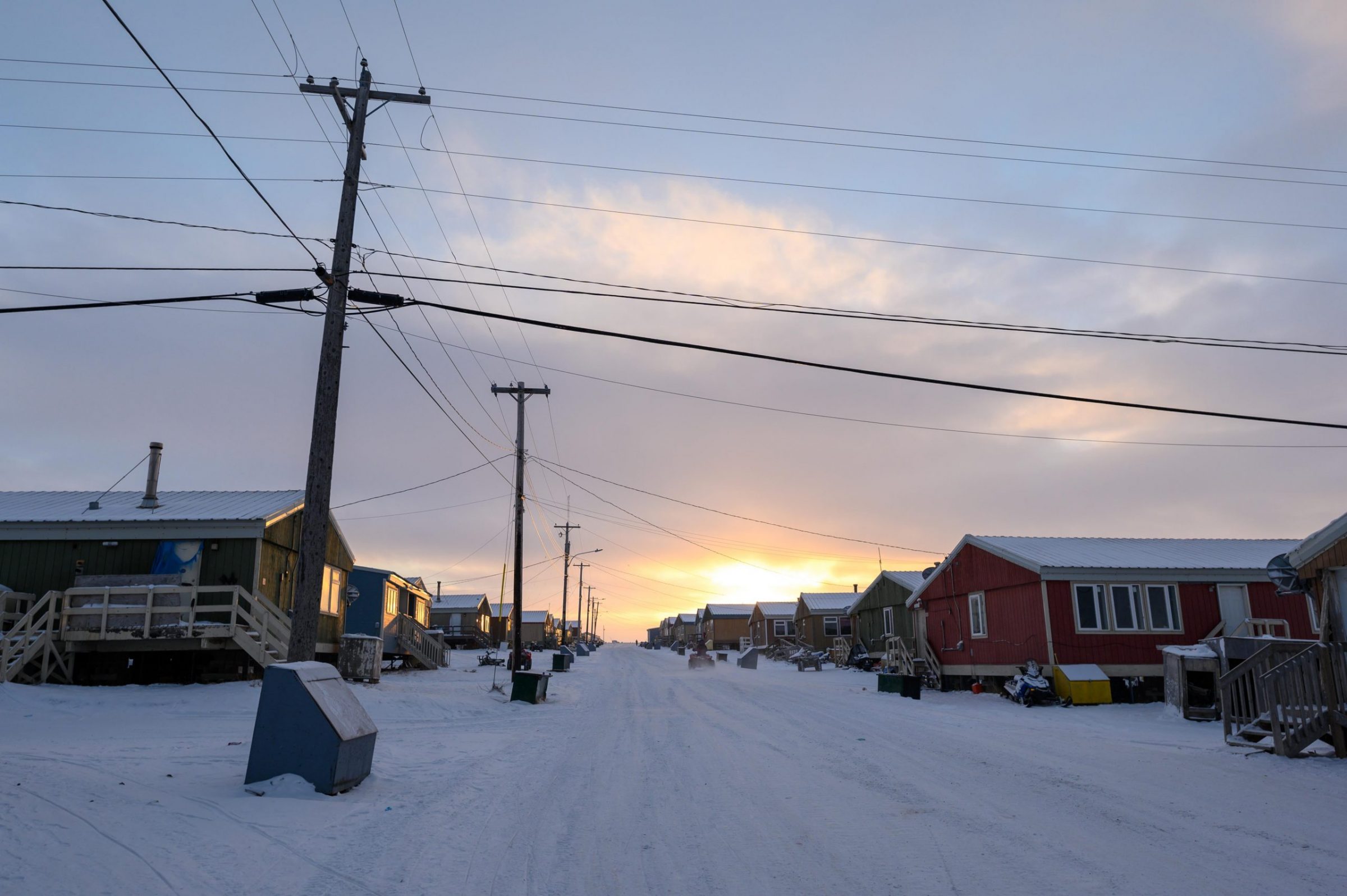 Residents in Kugluktuk will have the opportunity to decide whether or not to adopt restricted liquor rules, limiting how much alcohol residents can import into the community. Voting for the plebiscite is scheduled for May 9 and 16. (File photo by Dustin Patar)

Kugluktuk residents will head to the polls for a plebiscite later this month to decide if the community should restrict its local liquor purchasing regulations.

In Nunavut, communities vote to determine whether purchasing alcohol is unrestricted, restricted or prohibited.

In restricted communities, residents are either limited to specific amounts or need to get approval from an alcohol education committee.

Kugluktuk has been an unrestricted community since 2018, when residents voted to abolish its alcohol education committee.

Three and a half years later, the community will vote on whether to reimpose restrictions on alcohol volume limits after 167 residents signed a petition calling for a vote, said Joanne Falkiner, director of corporate policy at Nunavut’s Department of Finance.

Falkiner came to Kugluktuk for a community meeting to inform residents about the vote. That meeting is scheduled for May 4, beginning at 6 p.m. at the community hall.

“We’re there to facilitate conversations among community members, basically, and just give them the chance to express their thoughts so that on voting day they’re making informed decisions,” she said.

The proposed change would restrict residents to purchasing 1.775 litres of spirits once every two weeks.

Residents would also be allowed to purchase either 48 cans of beer, containing up to 355 millilitres, and other liquor with no more than eight per cent alcohol content by volume, or 3.75 litres of wine, once every two weeks.

For the proposed changes to be adopted, at least 60 per cent of voters must say “yes” in the plebiscite.

Kugluktuk is one of seven Nunavut communities where alcohol is unrestricted. The other 18 communities use restricted or prohibited systems.

Baker Lake, which also uses an unrestricted system, recently held a plebiscite that fell just short of the 60 per cent needed to change its regulations.

Communities in Nunavut can vote to change local liquor rules once every three years if at least 20 residents sign a petition to the finance minister, Falkiner said. That means residents unhappy with the results will have to wait three years before petitioning again.

“This is not just the government deciding there should be a plebiscite,” she said. “The plebiscite is community-driven, and it comes from a petition.”

Nadene McMenemy, Kugluktuk’s deputy mayor, said many residents have complained to council about the unrestricted alcohol rules since they took effect, citing concerns such as increased crime and suicide as a result of alcohol abuse.

Council does not have the authority to change alcohol rules.

“For the last three years, I’ve seen multiple people come forward who were not happy and thought that they could change it overnight and found out they couldn’t,” McMenemy said.

“Now this is your chance, make it work, whether you want it or not, get out and exercise your right to vote.”

McMenemy did not disclose how she was planning to vote, but said there’s “no reason” for eligible residents, ages 19 and older, to sit out the vote regardless of where they stand on the issue.

“The only way you will change the way alcohol is consumed in your community is to get out and vote in this plebiscite,” she said.

“Regardless of which way you sway, get out and make your vote count.”