Workshop part of summer program on Inuit storytelling and toolmaking 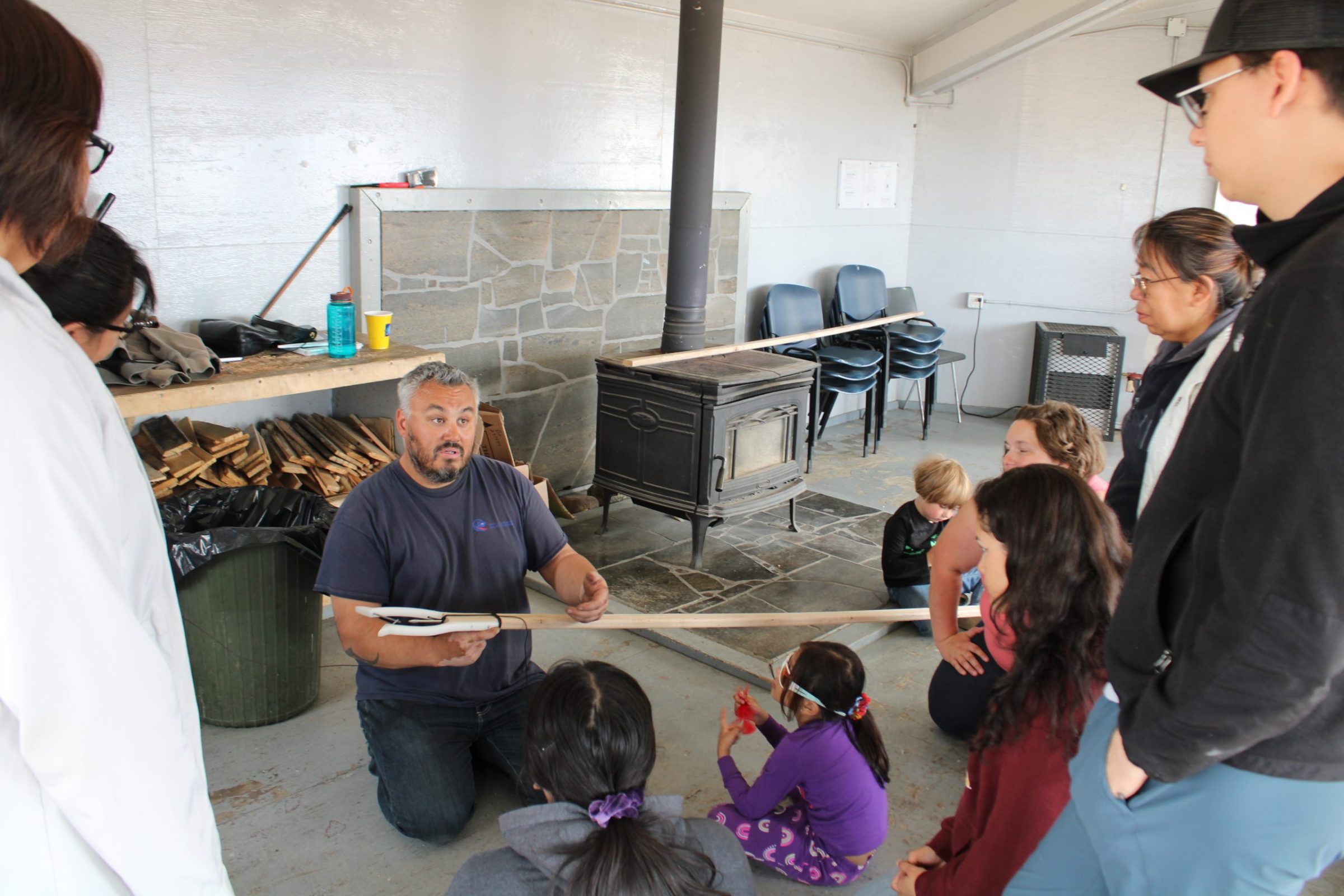 Ted Irniq explains how to put a rope on a kakivak, a traditional hunting spear, as a part of Nunavut Parks’ ‘Learn to’ program. (Photo by David Lochead)

A crowd of approximately 10 people huddled around Ted Irniq Tuesday as he showed how to put a rope onto a kakivak, the traditional Inuit spear used for fishing.

“We’re passing down the knowledge that was taught to me from … my father and other elders that I’ve worked under,” he said.

Irniq was the instructor for a workshop on kakivak making that took place at Sylvia Grinnell River, as part of Nunavut Parks’ ‘Learn To’ series. Previous workshops include bannock-making and how to light a qulliq.

Irniq, 45, said he has been teaching people how to make a kakivak for five years, but has been making and using them since his early-twenties.

On top of step-by step direction, Irniq provided additional insights into customizing a kakivak to be one’s own. Tips include using hardwood for the kakivak, since it gives it flexibility and doesn’t absorb as much water.

He also described to the crowd how antlers are used for the sides of the kakivak, which has one nail in the middle and two by the side to trap a fish.

After a couple hours of kakivak building, along with a few laughs, the crowd left each with their own new kakivak in hand.

In the future, Irniq said he hopes to hold larger workshops that will last three days and have participants build a kakivak from scratch.

Nunavut Parks’ “Learn To” series continues throughout summer, at parks across the territory. The schedule is listed on the Government of Nunavut’s website.