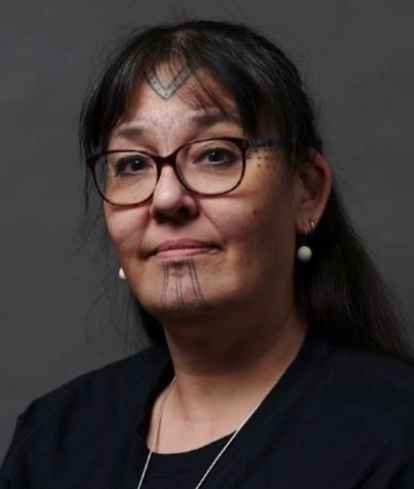 Despite having already worked for years with Inuit groups across the North, Gerri Sharpe said becoming the new interim president of Pauktuutit Inuit Women of Canada feels “a little intimidating.”

“Rebecca left some big shoes to fill,” she said, referring to former president Rebecca Kudloo, who recently retired after three consecutive terms in the role.

Sharpe may feel she has a big legacy to live up to, but she has a passion for the work Pauktuutit does.

Sharpe was born in Yellowknife and is Pauktuutit’s representative for the city, but she grew up in Gjoa Haven and considers it to be her hometown. She joined Pauktuutit three years ago, first as a director and then as vice-president, after spending years working in the Northwest Territories with the Inuvik Transition House Society board, the Inuvik District Education Authority and the Beaufort Delta Education Council.

Sharpe also served for five years as a human rights commissioner in the N.W.T., an experience she said has informed her views on advancing community health. One of her major goals for the group is improving community access to midwifery.

“Midwifery is something that would benefit all of us in Inuit Nunangat,” Sharpe said, adding it’s not only healthier for the mother, but for the baby and the family as a whole.

“It is best for women to give birth to their children like everybody else does across Canada without having to worry about when they are going to be sent out — will it be for four weeks? Will it be for six weeks? Who will look after my other children while I’m away? All of those worries are alleviated, so there’s financial and mental health elements that would be addressed.”

Sharpe added that better access to midwifery would reduce health-care costs to the government as well.

Like the choice to give birth with the help of a midwife, Sharpe wants to make sure Inuit women have the opportunity to be more involved in decisions that directly affect them.

“In a lot of the rooms that we are invited to we have a voice, but we do not have a vote,” Sharpe said.

“What I hope to do is to make sure that all Inuit voices are heard.”

Sharpe said her new role is an interim position for the time being while the organization discusses the feasibility of making it a full-time job rather than just part-time, a move Sharpe herself supports.

“I have seen the amount of work that Rebecca did, and it was pretty much a full-time job for her in the past two years,” she said.

“The amount of content and advocating and the work that she did was a lot, and it is hard to do that while maintaining any other position or job that you may have.”