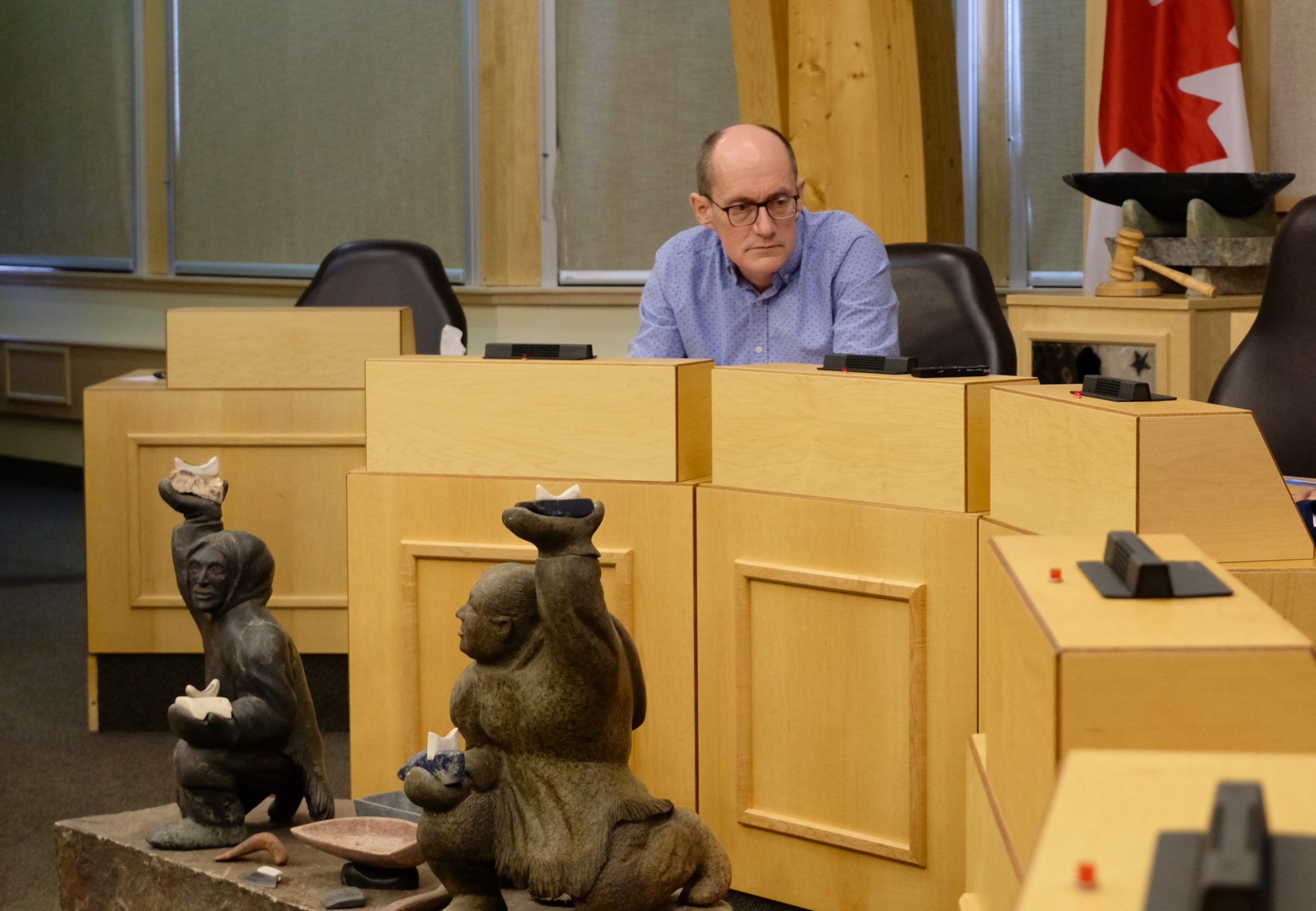 Dr. Michael Patterson gives an update on the COVID-19 situation in Nunavut in February. He has essentially been alone at the helm of public health since October. (Photo by Mélanie Ritchot)

It was a busy winter for Nunavut’s chief public health officer after the departure of his deputy last fall, and he says there is still no timeline for appointing a replacement.

Dr. Michael Patterson has led public health on his own since deputy chief public health officer Dr. Anne Huang, who had been appointed to the position April 5, 2021, stopped working for the Department of Health on Oct. 18 — a little more than six months ago.

That was the Monday after the City of Iqaluit and the Government of Nunavut held a Friday-evening news conference confirming Iqaluit’s water treatment plant was contaminated with fuel.

The city first heard reports of a fuel smell in the water on Oct. 2. Ten days later, public health ordered people to stop consuming it after officials found evidence of contamination at the water treatment plant.

Huang told Nunatsiaq News in December she was the lead for public health during the initial days of the water investigation.

At the time, she said, Patterson was busy managing a COVID-19 outbreak in Coral Harbour.

Huang has not commented on the circumstances of her departure. However, in a message to Nunatsiaq News this week she said: “I worked under extremely challenging and uncertain circumstances (with limited support) to protect the health of Nunavummiut in my role as the deputy CPHO.”

Since then, public health has dealt with multiple prominent emergencies, including the water crisis in Iqaluit, the Omicron wave of the COVID-19 pandemic that battered the territory starting in December, and an ongoing tuberculosis outbreak in Pangnirtung.

“The first little bit wasn’t too bad,” he said.

“Starting in December, things got quite busy from there and there is a whole team of different professionals working on COVID and other issues … I think all of us felt the strain.”

He also reports to cabinet and can offer advice to government or other public health officials on health issues.

On top of that, Patterson does shifts from time to time over the weekends in the emergency department of Iqaluit’s hospital, which he says he does because he wants to.

Once a candidate is recruited, Health Minister John Main will sign off on his or her appointment.

Over Patterson’s term, which started in spring 2019, there have been spates of time where his deputy hasn’t been appointed, but backfilled, which doesn’t come with the same amount of authority.

Dr. Jasmine Pawa was with the Department of Health between 2017 and 2021, filling various roles — including deputy chief public health officer — but she wasn’t officially appointed to the position for the entire time, according to Health department spokesperson Chris Puglia.

Dr. André Corriveau filled in as well in 2020, at the start of the COVID-19 pandemic.

Patterson acknowledges the gruelling workload, but stresses that even without an appointed deputy there are others he can lean on.

“I’ve been getting my pictures all over the place over the past two years, but I’ve got to emphasize there are a lot of people who have worked hard,” he said.