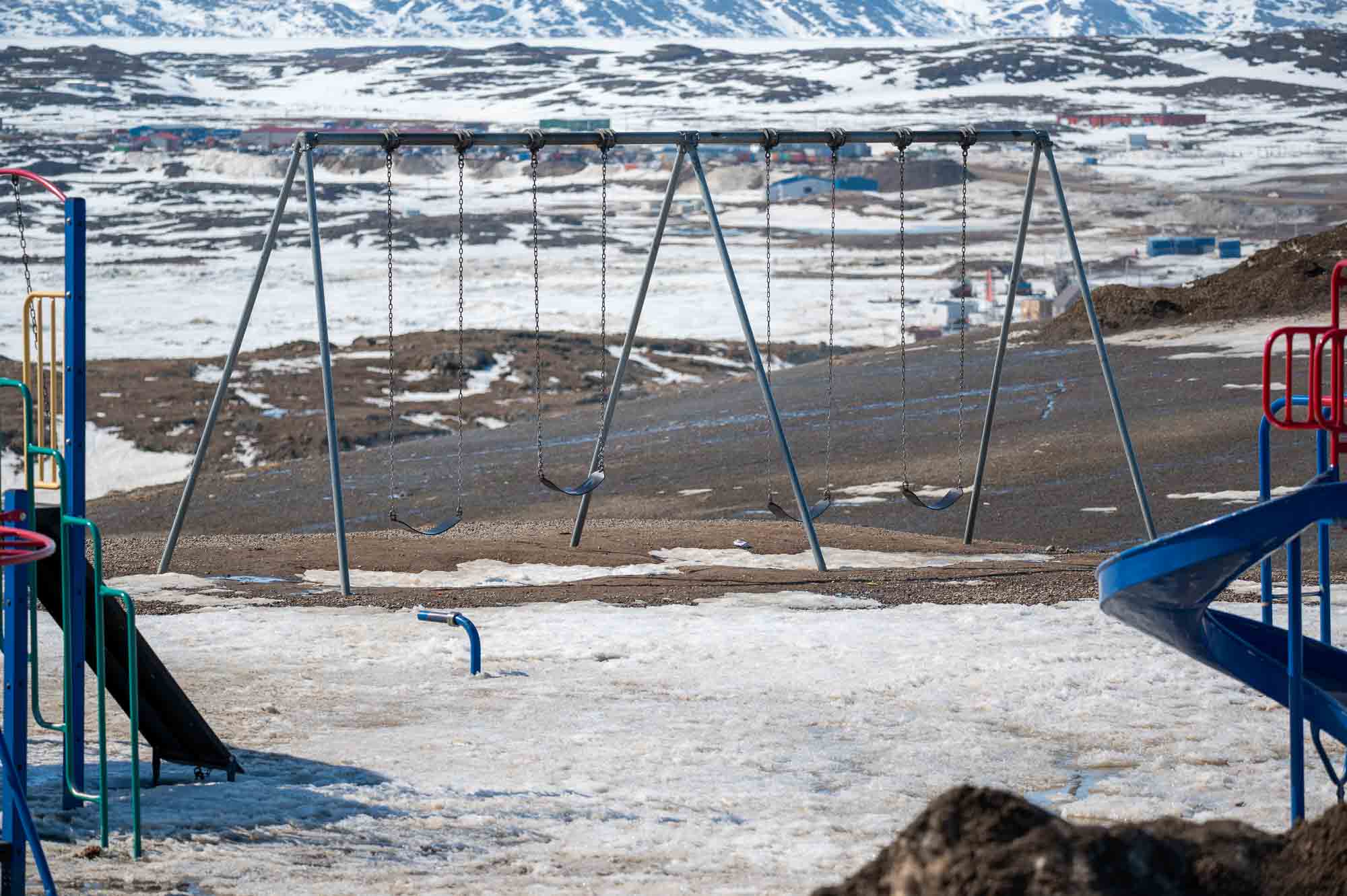 Youth under 18 now account for more than 17 per cent of all COVID cases in Iqaluit. Nunavut’s chief public health officer, Dr. Michael Patterson, says children must follow the same rules as everybody else, including not mixing with people from outside of their household. (Photo by Dustin Patar)

Youth account for almost one out of every five cases of COVID-19 in Iqaluit.

To date in the city, there have been 132 cases of the virus, including recoveries; 23 of those have been under the age of 18.

Last week, Nunavut’s chief public health officer, Dr. Michael Patterson, had confirmed that there had been at least one positive case, but fewer than five, involving residents younger than 18.

Explaining the quick change, Patterson said at a news conference on Tuesday that Iqaluit’s COVID cases initially had spread from adult to adult, at places like essential worksites, but now they’re beginning to see household transmission.

“Essential workers have inadvertently brought it into the home and it’s involving their children,” Patterson said.

When it comes to what youth can do under existing public health orders, “they’re under the same rules as everybody else,” Patterson said. This includes not mixing with people from outside of their household in order to minimize the spread between homes.

Children under two years of age do not need to wear masks, Patterson said. For kids between two and four years old, masks are recommended, but Patterson said he understands that not every child will tolerate a mask.

Children over four should wear a mask when they’re outside of their home, Patterson said.

Tuesday’s announcement came as seven new cases were reported in the capital, where there are now 83 active cases of the virus.

In addition to new cases, three more Iqaluit residents have recovered from the virus, bringing the total number of recoveries in the community to 49.

Roughly 20 more variant test results have come back, Patterson said, and all cases continue to be the B117 strain of the virus, known as the U.K. variant.

The number of active cases associated with the COVID-19 outbreak at Baffinland’s Mary River mine increased from nine on Sunday to 12 on Tuesday.

Meanwhile, in Iqaluit, where Patterson confirmed community transmission of the virus on Friday, contact tracing is ongoing.

To date, 1,533 tests have been conducted in Iqaluit. Patterson said about five of those cases have not been linked to other cases.

Patterson did not provide an update on the resident who was medevaced to a southern hospital last week, but he did confirm that a second person has since been sent south due to COVID-19 related complications.

He also announced four more cases have been confirmed at Baffin Correctional Centre, bringing the facility’s total to eight.

Further testing at the Tammaativvik medical boarding home identified that the positive cases of COVID-19 were confined to staff members, though Patterson did not provide a number.

Medical travellers staying at the home have since been cleared to travel back to their home communities.

Laurel McCorriston, the executive director of the Uquutaq Society, told Nunatsiaq News on Monday that at least one staff member at the low-barrier shelter and one person at the men’s shelter had tested positive for the virus.

Over the weekend, the low-barrier shelter was forced to close due to staffing shortages caused by the ongoing outbreak.

Premier Joe Savikataaq said that discussions to reopen the shelter are ongoing and the government is doing what it can to provide logistical and administrative support. He added that he hopes to provide another update about the shelter on Thursday.

For Iqaluit residents with nowhere else to go or those in overcrowded housing situations, the government has begun to use the Aqsarniit hotel as an alternative isolation site.

“We’re offering it to individuals who have been either diagnosed with COVID-19 or have been exposed to COVID-19,” Patterson said.

“It’s voluntary and they’re going there to reduce the risk of them spreading it to other individuals.”

There are 31 people currently isolating at the hotel, Patterson said, and they are under the same rules and obligations as everybody else who is expected to be isolating.

Patterson reminded residents about the updated rules for exemptions and in-territory isolation, which came into effect yesterday.

Isolation is required for everyone living in the same household of someone who is isolating, including exempted critical workers, anyone who has travelled out of Iqaluit to their home community, or those under an isolation order for exposure to COVID-19.

Essential workers are required to follow the same rules as exempted workers, meaning that they are only permitted to go to work and home and they must wear a mask at all times outside of where they are staying.

On Monday, the Arctic Survival Store and several snowmobile repair shops in the city were closed as they were deemed non-essential.

During Tuesday’s news conference Savikataaq apologized for this.

“The closure of these businesses was an oversight, and as soon as we realized they were not exempt, we took steps to fix this,” he said.

Meanwhile, enforcement of public health orders continues to be an issue in the city.

Asked when it would become useful for Nunavut to make a deterrent like fines a bigger part of its COVID response, Patterson said “now.”

“I think there’s been some concerning behaviour that we’re at least considering the option of fines,” he said.

To date, 16,144 Nunavummiut have received their first dose of the Moderna vaccine and 12,568 are now fully vaccinated.

Adults who would like to book a vaccination appointment can call their local health centre.

The government’s next COVID-19 update will be held on Thursday at 11 a.m. eastern time.