No more oil and gas moratoriums until after devolution, says Nunavut minister

“Our territory should be the one that makes that decision” 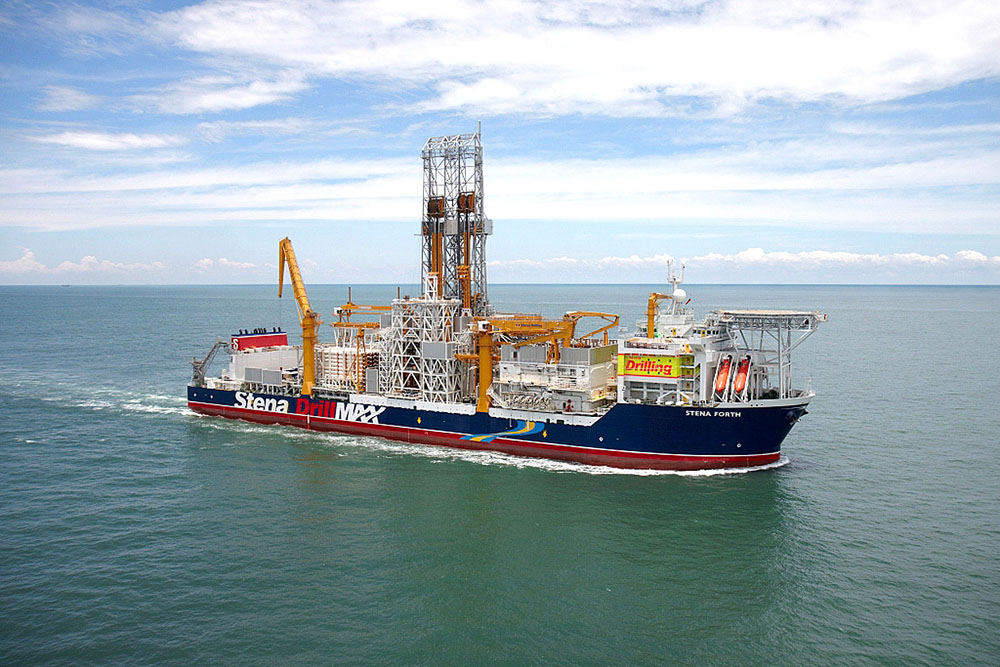 The Stena Forth drill ship, one of two vessels that did exploratory drilling off Greenland’s Disko Island in 2009 on behalf of Cairn Energy. David Akeeagok, Nunavut’s minister of economic development and transportation, said on March 9 that any decision on oil and gas development in Nunavut waters should be made by Nunavut, not the federal government. (File photo)

The federal government should wait until after a devolution agreement with Nunavut before declaring any more moratoriums on Arctic oil and gas development, says David Akeeagok, the territory’s minister of economic development and transportation.

Akeeagok made the remark in the legislative assembly’s committee of the whole in response to a question on Monday, March 9, from John Main, the member for Arviat North–Whale Cove, who asked about where the Government of Nunavut stands on the Arctic offshore oil and gas moratorium that Prime Minister Justin Trudeau announced in December 2016.

In his answer, Akeeagok referred to a statement on devolution that Premier Joe Savikataaq made in the house this past Feb. 20.

That’s when Savikataaq said the GN doesn’t want the federal government to create any more protected areas until after the completion of a devolution agreement to transfer control over public lands and resources from Ottawa to Nunavut.

That’s because Nunavut fears Ottawa could use Nunavut’s powerlessness to boost its record on creating protected areas, Savikataaq said in February.

“I think our premier did a wonderful statement in this house on the development of our territory, that we should conclude our devolution agreement before further moratoriums are to take place. From my perspective, it also includes oil and gas,” Akeeagok told Main.

However, Akeeagok said he doesn’t expect to see any oil or gas leases issued in the Arctic any time soon.

Nunavut should make its own decisions

“We need to have a firm devolution agreement that allows us to determine whether we want oil and gas,” Akeeagok said.

As well, the GN does not have the power to collect royalties from oil, natural gas or mineral production on public lands.

The first round of devolution talks, as set out in an agreement in principle signed this past Aug. 15, would change that situation if it leads to a final devolution agreement.

The first round of talks would cover resources on land, not offshore. But there are some land-based oil and gas deposits in Nunavut.

And in the devolution agreement, there would also be a provision to start talks on offshore resources, Akeeagok said, saying he’ll continue to support Savikataaq in insisting that Nunavut gain the power to make its own decisions.

“I applaud our premier for making a very strong stance when it comes to the devolution agreement vis-à-vis the lands and resources, which includes oil and gas. It’s something that I will continue to support our government, in terms of, it needs to be our decision.”

Akeeagok’s position on the oil and gas moratorium is similar to that taken by the government of Peter Taptuna, the former premier, who complained in 2016 that Trudeau did not consult northern leaders before imposing the five-year moratorium.

The federal government is supposed to revisit the offshore Arctic oil and gas moratorium by 2021.

For the waters off the eastern shore of Baffin Island, the Nunavut Impact Review board, following a lengthy strategic environmental review, has recommended that the moratorium in Baffin Bay and Davis Strait be continued for another five years after 2021.

But the federal government has yet to respond to the NIRB’s recommendation.

As for how much Nunavut’s offshore oil and gas estimates are worth in dollars, there are no recent estimates.

But exploration work done in the 1960s and 1970s suggests that Nunavut offshore areas could hold up to 20 per cent of Canada’s oil and gas reserves.

As to whether they will ever be developed, Akeeagok said that decision should be Nunavut’s to make.

“Our territory should be the one that makes that decision. It shouldn’t be made by decisions outside of this legislature,” he said.