After $49.9 million federal handout, consumers and other retailers still wait 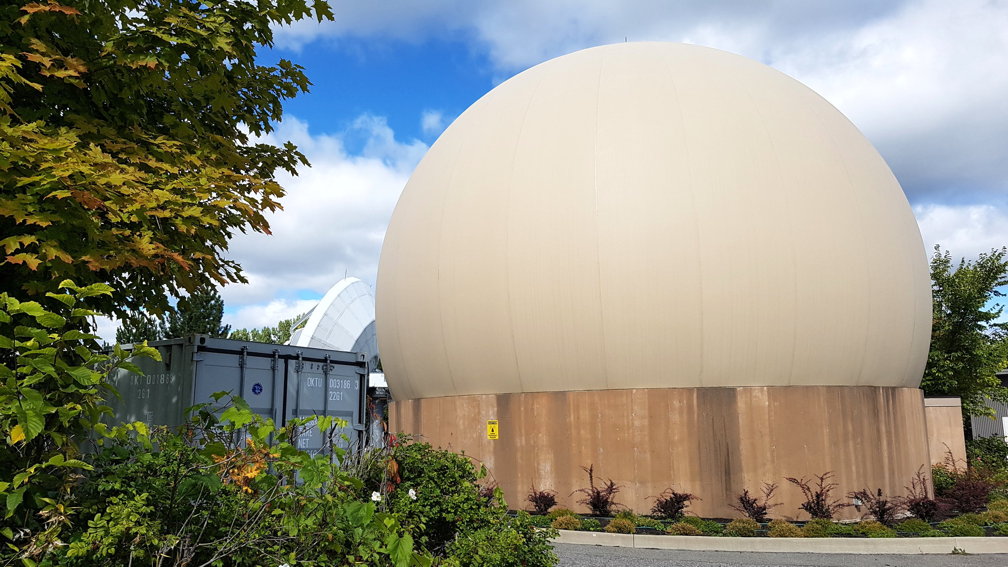 This radome encloses one of the two satellite dishes in the Ottawa suburb of Kanata that SSi uses to distribute its Qiniq internet and SSi Mobile wireless service in Nunavut. SSi says it still has been unable to gain access to Northwestel’s new government-subsidized network. (Photo by Jim Bell)

Though Northwestel says it has nearly finished work on Tamarmik Nunaliit, its new government-subsidized wholesale backbone telecom network in Nunavut, their promised home internet and wireless mobile services have yet to materialize.

Northwestel received $49.9 million in 2017 from the federal Department of Innovation, Science and Economic Development, or ISED, to subsidize the network, which uses Telesat’s new Telstar 19 high-throughput satellite.

“Making use of this next-generation Ka-Band satellite technology, Northwestel will introduce 15 Mbps internet to every community in Nunavut by the end of 2019,” the company’s website boasted.

In 2018, the Government of Nunavut even helped Northwestel market the highly touted new system. 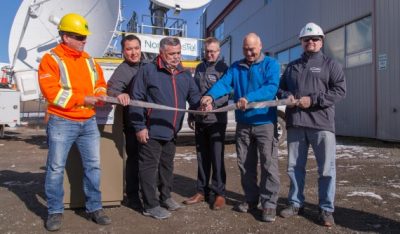 Under that funding agreement with ISED, Northwestel, wholly owned by Bell Canada, becomes a wholesaler of telecom bandwidth in Nunavut.

But after nearly two years of talks, retail competitor SSi Micro has not been able to negotiate access to the government-subsidized network.

“Discussions were initiated by us immediately. About two years later, we are still not connected with them. But we continue to try,” Dean Proctor, the chief development officer at SSi, told Nunatsiaq News earlier this week.

At the same time, another promise that Northwestel hasn’t fulfilled yet is the extension of home internet to all 25 Nunavut communities.

Starting in 2017, the Bell Canada subsidiary has been promising to offer home internet for all of Nunavut by the end of 2019, with dramatic increases in download speeds and lower prices.

In this service notice, Northwestel claims to offer home internet to 23 of 25 communities, as well as Bell Mobility wireless. However, their faster home internet, as of this week, is actually available in only four communities. (Click to enlarge.) (File photo)

A service notice published on the Northwestel website earlier this month and shared with Nunatsiaq News even claims they’re now making home internet available in 23 communities.

“With the Tamarmik Nunaliit network in operation, Northwestel is now delivering high-speed internet and LTE wireless to 23 of 25 Nunavut communities where customers can now get up to 15 Mbps home internet service and access to LTE wireless service,” the service notice said.

However, that information is not accurate.

Nunatsiaq News has confirmed that, as of this week, Northwestel is actually offering home internet only in the four communities that have been receiving the higher speed service since the fall of 2018: Arviat, Cambridge Bay, Iqaluit and Rankin Inlet.

A Northwestel spokesperson clarified that information in response to a follow-up inquiry from Nunatsiaq News.

“Northwestel is delivering the backbone for internet and wireless services in every Nunavut community. On top of that we are offering home internet to residents in Arviat, Cambridge Bay, Iqaluit and Rankin Inlet,” the spokesperson said.

“Bell Mobility is offering fixed wireless internet (at the same rates) in all other communities, as well as LTE mobility services everywhere.”

Work in Whale Cove and Taloyoak, the two remaining communities, is to be done by the end of this month, the spokesperson said.

As for that “fixed wireless internet,” Northwestel’s sibling company, Bell Mobility, is now marketing it on their website as “Turbo Stick” and “Turbo Hub” services.

Bell Mobility’s marketing material doesn’t guarantee any minimum speeds and Bell does not appear to have advertised any information to Nunavut consumers about how to gain access to the service.

And the 15 Mbps service that Northwestel promised to all 25 communities under its own brand has yet to materialize.

Also, many Iqaluit residents have complained this summer about deteriorating internet and cell mobility services.

In a statement, Northwestel said that’s happening because of “optimization” work on its new system.

“This optimization includes continued adjustments and investments in local earth stations and the satellite terminal point in southern Canada to amplify the signal and mitigate short-term disruptions during rain events,” the company said.

It’s not clear if Northwestel has enough capacity on the new backbone network to offer the retail services that it promised, and it’s also not clear how much new bandwidth on the system is being taken up by the GN.

But Proctor, whose SSi firm already offers mobile phone and Qiniq internet to all Nunavut communities, said it’s important for all providers, no matter who they are, not to over-promise.

“If you don’t have the capacity, it will burn you badly if you make promises that can’t be kept,” Proctor said.

He also said SSi isn’t afraid of competition from Northwestel, as long as they get equitable access to the network.

“If, in fact, we have access to the capacity needed under the same terms and conditions that any other government program would give to any other competitor … we have no doubt we can compete,” Proctor said.

“How important is open access? It’s absolutely essential, because competitors are already in the last-mile marketplace. What we need is proper access to backbone,” he said.

Earlier this year, SSi complained about remarks that Northwestel President Curtis Shaw has made in November 2018, when he suggested that the government should stop insisting that subsidy recipients offer wholesale access.

Northwestel then denied that this applies to the Tamarmik Nunaliit network.

And last week, Northwestel insisted that they are open to the idea of granting access to SSi.

“Tamarmik Nunaliit is an open access backbone that has been in service since 2018 and available to all providers at rates established in our agreement with ISED,” a Northwestel spokesperson told Nunatsiaq News.

However, questions still linger over whether the $49.9 million federal subsidy will create enough telecom capacity to meet Nunavut’s needs over the near future.

Proctor said the federal government’s recent decisions to spend $600 million on Telesat low earth orbit satellite system and $150 million on an undersea fibre optic line from Greenland are signs that it may be a while before Nunavut gets the bandwidth it needs.

“The federal government would not be announcing $750 million in investment if they didn’t think there was a capacity problem,” Proctor said.