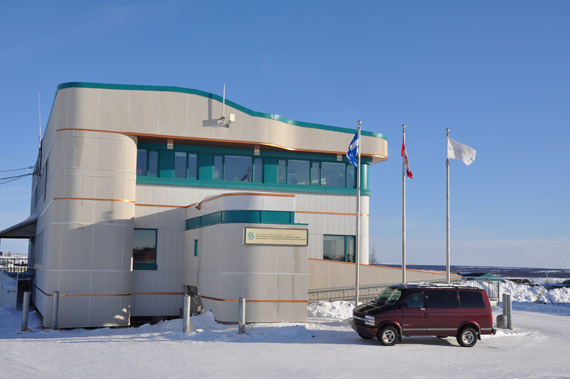 Nunavik’s health board said it will co-operate with a Quebec human rights commission investigation, which is looking into allegations that Inuit youth in Montreal foster homes were prevented from speaking Inuktitut and were not reassigned social workers when transferred out of the region. (FILE PHOTO)

The Nunavik Regional Board of Health and Social Services says it will fully co-operate with an investigation into the treatment of Inuit children in Montreal-area foster homes.

Quebec’s Human Rights and Youth Commission launched the investigation in December after hearing allegations that Nunavik youth were prevented from speaking Inuktitut in the West Island youth centres where they were placed in care.

The commission is also trying to determine if those youth were reassigned social workers when they were transferred from care in Nunavik to Montreal.

For its part, the health board said in a Jan. 10 email to Nunatsiaq News that it follows provincial guidelines anytime a child is moved into care outside the region.

Generally, according to Quebec’s policy, the youth protection authority located in the region where the parents reside would assume legal and clinical responsibility for the child in care.

But sometimes, in the interest of the child, youth protection authorities may agree to transfer their legal responsibility for the child to authorities in the region where the child was placed in care.

In this case, those Inuit youth were housed by the CIUSSS de l’Ouest-de-l’île-de-Montréal, the health and social services authority in that part of the city.

“The authority to intervene can be delegated or transfer[ed] to another director of youth protection depending on where the parents are living,” said Yoan Girard, the health board’s director of planning and programming.

“In both situations, the intervener has to ensure the safety and development of the child.”

Social service authorities in Nunavik say that placing children in foster care outside the region is only done as a last resort, when no family members or other foster families can be found in the region.

Girard said that the health board “is putting in place guiding principles in order to ensure that every Nunavimmiut … in dire need of foster family support shall always be kept within his family, his community and/or within Nunavik.”

Currently, there are 99 Nunavimmiut children placed in care outside the region, though health officials say that is largely due to Nunavik-based foster families making the decision to relocate south.

Girard said the health board is working to develop a better support network for Nunavik children and youth who are placed in foster homes outside the region.

But as part of broader changes to its youth protection system, the health board is also working with the province to develop its own youth protection program that would be designed and delivered in Nunavik.