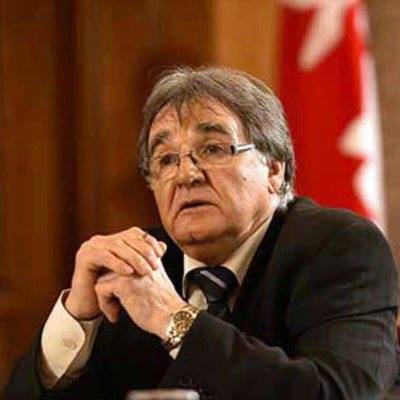 Charlie Watt, president of Makivik Corp., released a statement on Oct. 22 following the federal election, calling for Nunavik to have its own federal riding. (File photo)

“We intend to follow up with the electoral boundaries commission to make the point, once again, that a Nunavik riding be created that reflects our region for Inuit, now more so considering the self-determination project we are working on,” he said. “We need this at the provincial level as well.”

Abitibi–James Bay–Nunavik–Eeyou is the largest federal riding in Quebec, extending from Nunavik south to the La Vallée-de-l’Or regional county municipality, where four of the six 2019 federal candidates reside, including Bérubé of the Bloc Québécois.

Nunavik leaders have lobbied for a riding of their own since 1972.

In 2002, the Kativik Regional Government along with Makivik went before the Federal Electoral Boundaries Commission on the issue and again in 2011. Since then, the boundaries of the riding were increased in 2013, adding two more southern communities.

Boundaries are redrawn, according to the commission, so that each contains roughly the same number of people. Across Quebec, they average around 100,000 people per riding, with Abitibi–James Bay–Nunavik–Eeyou on the lower end with about 85,000 people.

With a population of about 13,000, Nunavik is well below this, but their leaders have argued for an exception due to the region’s ethnic makeup.

The smallest federal riding in Canada is Labrador, with about 26,000 people, while the Newfoundland ridings hover around 80,000 people.

Bérubé won the northern Quebec riding with more than 11,000 votes, or nearly 40 per cent, followed by the Liberal and Conservative party candidates.

Watt congratulated Green Party candidate Kiara Cabana-Whiteley, an Inuk from Kuujjuaq, who came in fifth with just over 1,000 votes.

In his statement, Watt invited Bérubé to visit the Nunavik region at her earliest opportunity.

“I look forward to meeting with her, and receiving her support for our work on self-determination, and on issues such as the implementation of the United Nations Declaration on the Rights of Indigenous Peoples,” Watt said.

He had a firm message for Bloq Québécois leader Yves-François Blanchet, whose separatist party won 32 seats across Quebec.

“We hope you are supportive of our development projects in Nunavik—both political and economic—and on that political terrain we can develop positive relations,” said Watt.

“However, on the issue of Quebec sovereignty, Inuit have a solid history of supporting a united Canada.”

Watt framed the election, which gave the Liberals a minority government, as an opportunity to bring the different parties and parts of the country together.

“Justin Trudeau has a strong minority government, and he can work with the other parties—the NDP, the Bloc Quebecois, Greens, the Conservatives, and the Independent candidate—to pass bills and present them to the House, and in the process build national unity,” he said.

“I remember the [Inuit Tapirisat of Canada] meeting in Baker Lake in 1971 with Tagak Curley,” Watt said. “We were all young back then. You’ll do well Mumilaaq, and I look forward to meeting you and working on Inuit self-determination together, for the next generation.”