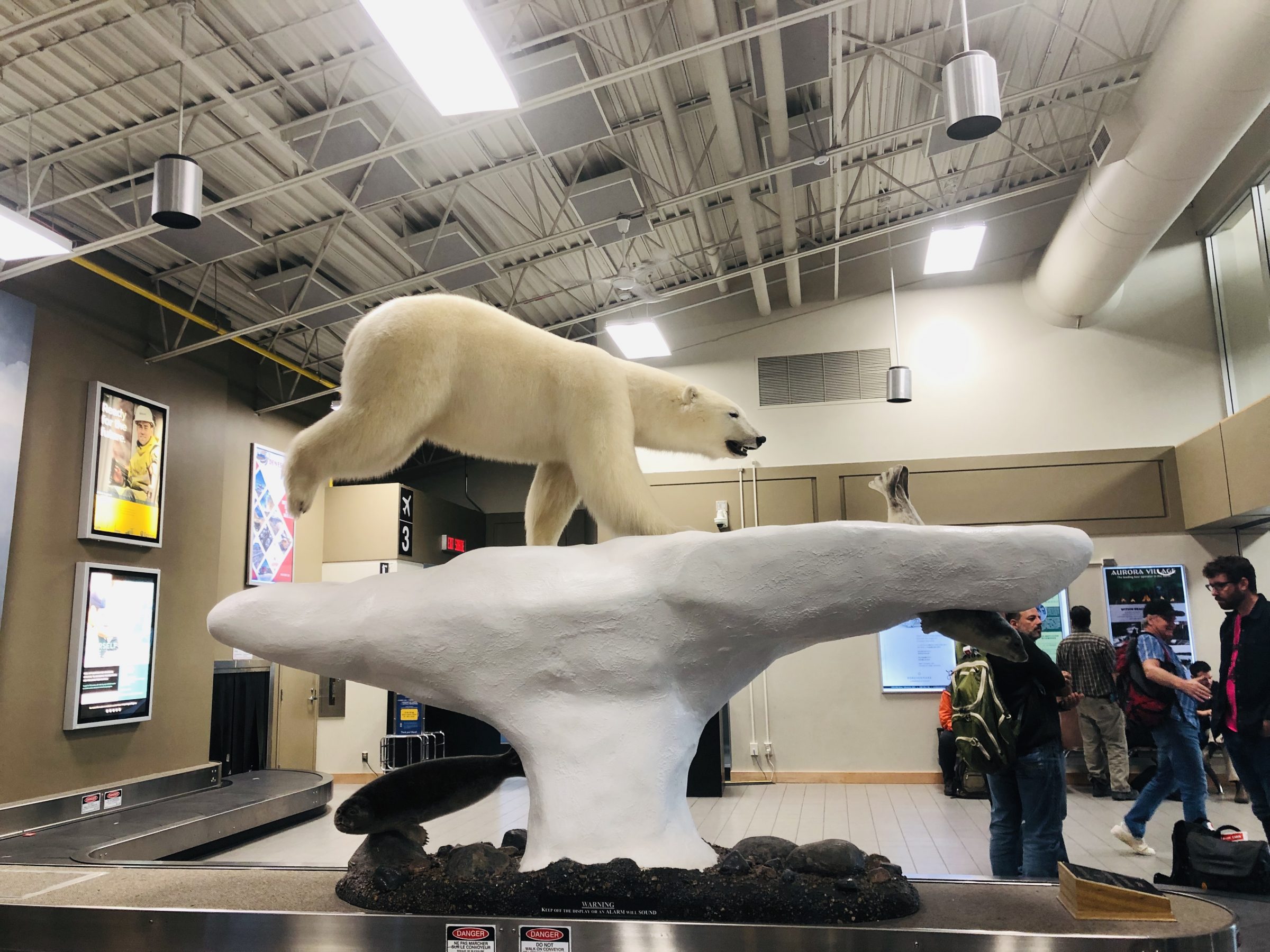 Nunavut travellers through Yellowknife now have to observe “social distancing” measures if they have to transit through the northern hub’s airport. “If they are required to stay overnight, they must stay in their accommodations until leaving and practice self-isolation during that time. They must not go to restaurants or public venues.  And if they are sick, they must not travel into the NWT–or immediately go into self-isolation if they get sick,” says the Government of the Northwest Territories. (Photo by Jane George)

Nunavut travellers who need to fly through Yellowknife now face new restrictions from the Northwest Territories intended to slow the spread of COVID-19.

But they will still be able to fly through the Yellowknife transportation hub for flights to and from Nunavut.

A public health order from Dr. Kami Kandola, the N.W.T. chief public health officer, issued on Saturday, March 21, prohibits all travel to the N.W.T. from outside its boundaries, by road or by air—with limited exceptions.

Those exceptions include the following:

Everyone else who enters the N.W.T. faces a mandatory 14-day period of self-isolation.

The order to restrict entry into the N.W.T. coincides with the confirmation of the first COVID-19 case in the territory late on Friday night, in a Yellowknife resident who had travelled to British Columbia and returned.

But the N.W.T. order will still allow Nunavut residents to transit through Yellowknife for travel to and from communities in the Kitikmeot region or eastern Nunavut.

That applies to Nunavut travellers who must spend the night in Yellowknife to connect with flights, the GNWT confirmed to Nunatsiaq News.

“Nunavut residents traveling in-transit through the N.W.T. are expected to follow the social distancing guidelines established by the Chief Public Health Officer while in transit,” an email from a GNWT communications spokesperson said late Saturday evening.

The N.W.T. order to close the territory to non-essential air traffic left some Nunavut post-secondary students in Alberta more worried about how long they will be away from their families.

The Government of Nunavut told students receiving money from its Financial Assistance for Nunavut Students and Adult Learning and Training Supports programs to stay put, despite their concerns over COVID-19.

“If they’re a first-year student who are in a totally new environment, all alone, this can put a lot of stress on them, and they can become very vulnerable as to their mental health and feeling like they’re alone and never going to be able to get out of this,” said Kassidy Laube of Cambridge Bay, who is a student at the Northern Alberta Institute of Technology in Edmonton.

Laube said she’s decided not to go home, “although I don’t like the fact that I’ll probably be alone for the next month or so.”

“But I can’t take the risk of going home and potentially carrying the virus as the symptoms won’t be showing for two to 14 days. I want to be home and with my family but I don’t want to risk carrying the virus up there and seeing many, many people sick,” she said.

“We recognize the importance of medical travel and of the continued air traffic of all cargo, food and supplies, but we do not want to allow in any passengers from outside the municipality,” said a release from the hamlet.

Canadian North has already reduced its air service across Nunavut in response to COVID-19 and the increasing calls from many Nunavut communities, including Iqaluit, for social distancing measures.

The airline’s CEO and President Chris Avery said the carrier would continue “to provide essential passenger and cargo services to the people, communities and organizations we serve, regardless of these circumstances.”

A similar message came to Nunatsiaq News on Saturday from the airline, which said its team continued to work on “all possible scenarios.”