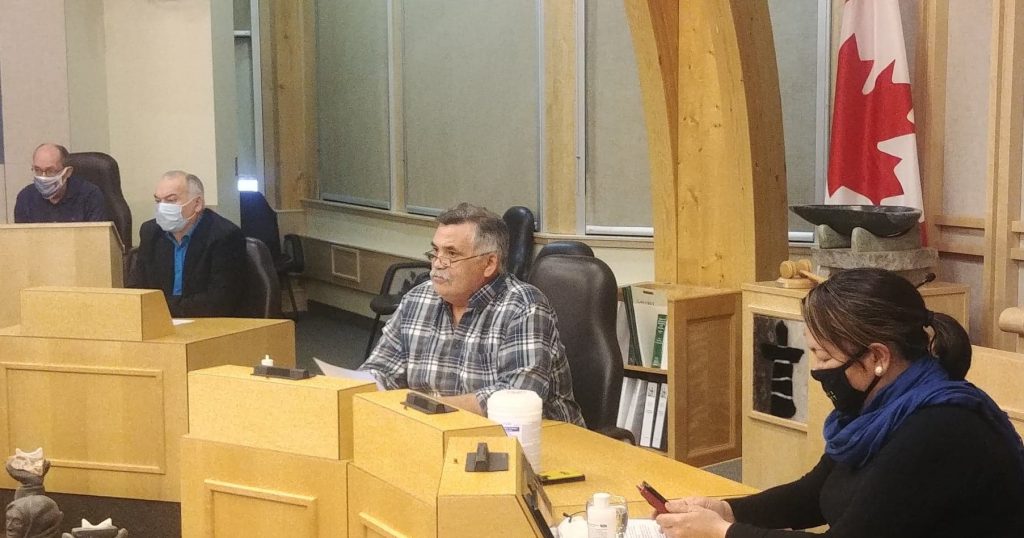 Lorne Kusugak, Nunavut’s health minister, confirmed that at least one member of Nunavut’s senior health staff travelled south for the holidays. He said it’s too soon to assume it was for a vacation and not a justifiable reason, like necessary medical travel. (Photo by Meagan Deuling)

Despite the Government of Nunavut urging residents to avoid travelling south during the holidays, at least one member of the territory’s senior health staff did just that, the health minister confirmed Thursday.

“There are some staff that are currently not in Nunavut,” Nunavut’s health minister, Lorne Kusugak, said during Thursday’s COVID-19 press briefing.

He said he did not know details about how many staff travelled south, when they travelled or whether they had good reason that would exempt them from the restrictions.

“I’m looking into it and we’ll deal with it at that time,” said Kusugak.

“For me to say that they left for non-medical and non-necessary travel, I can’t say that at this time.”

Nunavut’s territory-wide public health emergency has been in place since mid-March and was renewed Thursday, as stated in a GN news release.

In September, then-health minister George Hickes urged Nunavummiut not to leave the territory for the holidays. This advice came as the country braced for a second wave of the pandemic, which led to outbreaks in Nunavut.

“Everybody that is going south should leave only if it’s necessary,” he said.

Most people flying into Nunavut must self-isolate for two weeks in one of the territory’s hubs in the south. The GN pays the cost of these self-isolation stays.

Some essential workers, like RCMP, health-care or municipal employees, don’t have to self-isolate, according to the government’s public health orders.

Kusugak did not say whether the government staff members who travelled south were, or will be, required to isolate before flying back.

Iqaluit city councillor Kyle Sheppard criticized GN staff for travelling during the pandemic in a tweet, saying “the Government of Nunavut shouldn’t have to spend a dime of deficit funding to pay for someone in my position to isolate in an Ottawa hotel for two weeks so I can go on vacation.”

As of Nov. 19, the government had spent an estimated $36.6 million running the isolation hubs, Cate Macleod, the premier’s press secretary, confirmed in an email Dec. 1.

The only senior official under Premier Joe Savikataaq’s portfolios who travelled during the holidays did so for necessary medical reasons, Macleod told Nunatsiaq News in an email on Thursday.

“All cabinet ministers remained in territory over the holiday period,” she said.