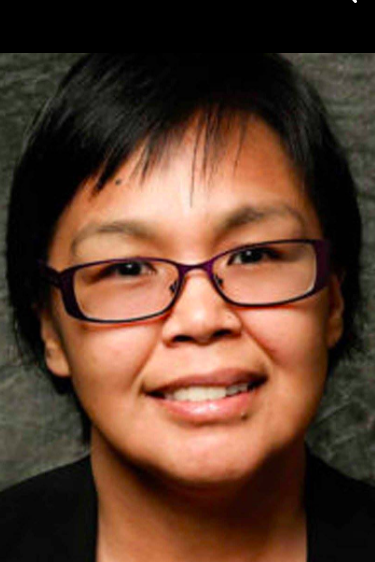 Inuk lawyer Lori Idlout wants to represent the NDP in the next federal election. (Photo courtesy of Lori Idlout/Facebook.)

Inuk lawyer Lori Idlout is in the running to represent the NDP as Nunavut’s MP in the next federal election, she announced Tuesday on social media.

Idlout said in a tweet that family-related circumstances prevented her from making a fuller announcement until Thursday, when she would make herself available to the media. She had initially planned to make an announcement Monday.

Idlout is the second person to announce plans to seek the NDP’s candidacy, after Aliqa Illauq launched her campaign last week.

Idlout is a lawyer who was called to the Nunavut bar in 2019 after graduating from the University of Ottawa.

She practises in English and Inuktitut and has represented the Nuluujaat Land Guardians, who protested a proposal to expand Baffinland’s Mary River mine earlier this year.

Idlout works at Qusagaq Law Office in Iqaluit and is also on the board of directors at NVision Insight Group, an Indigenous consulting firm.

No candidates have been announced for any political parties in Nunavut so far.

An election could be imminent, according to one election expert. Anna Esselment recently told Nunatsiaq News that the installation of a new Governor General — which happened yesterday when Inuk leader Mary Simon took on the role — could be a sign Prime Minister Justin Trudeau is planning to dissolve government.