Two previous clinics have proven to be an effective way to screen, treat TB, GN says 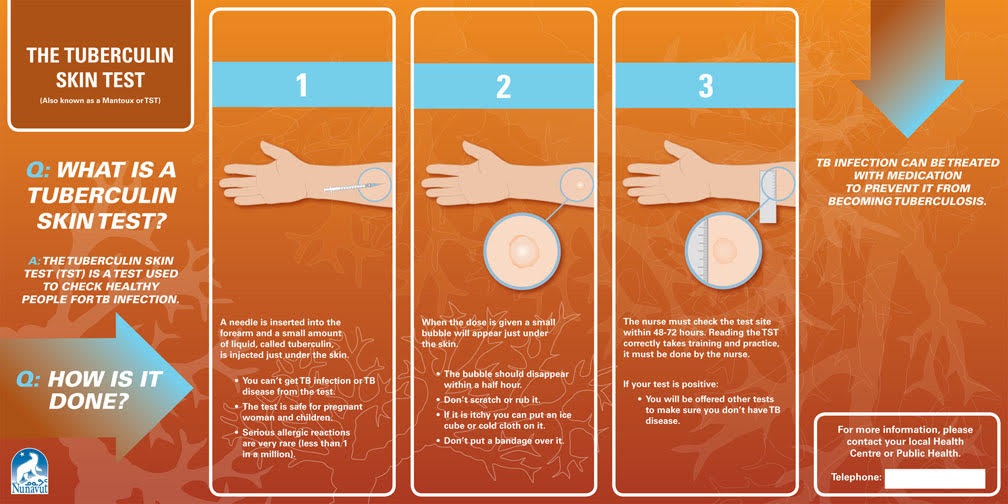 The images above illustrate the Government of Nunavut’s tuberculin skin test, one method used to check Nunavummiut for a TB infection. 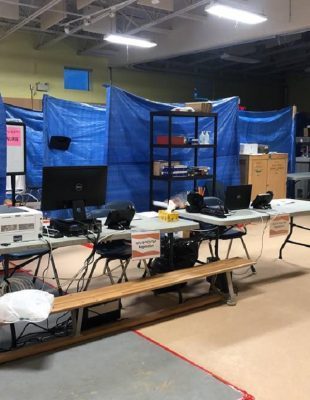 A tuberculosis screening clinic was held in Whale Cove’s community hall in October and November 2018. (PHOTO COURTESY OF GN)

The Government of Nunavut has picked the location of the territory’s third community-wide tuberculosis screening clinic.

Cape Dorset will host the next community screening starting in February, the GN said in a Jan. 8 release.

Nunavut’s first community screening clinic took place in Qikiqtarjuaq last February and March, where about 10 per cent of the community was estimated to be infected with TB.

Federal and territorial health agencies launched the clinic after 2017, when Nunavut recorded some of its highest annual numbers of active TB cases, including the highly publicized death of a teenage girl.

Rates of TB remain 50 times higher in Nunavut than in rest of Canada.

A second clinic wrapped up in Whale Cove last November, where 90 per cent of the Kivalliq community was screened but no infectious cases were found.

The community-wide screening clinics have proven to be “a proactive and effective way to screen and treat latent TB, as well as raise awareness and understanding about transmission and prevention,” Nunavut’s Health Minister George Hickes said in a GN news release.

“The screening clinics in Qikiqtarjuaq and Whale Cove provided us with invaluable insight and experience that will continue to inform and drive our efforts in eliminating TB in Nunavut,” Hickes said.

The GN hasn’t set dates for the screening in Cape Dorset, but said they would be hosted in the community hall.

Screening appointments will be organized by household once the clinic gets underway, and it’s expected to be in operation for 11 to 12 weeks.

The clinic is drawing most of its financial support from Health Canada, with additional funding from the GN, Nunavut Tunngavik Inc. and Inuit Tapiriit Kanatami.

In early 2018, the federal government pledged to eliminate TB from Inuit communities in Canada by 2030, by employing a number of initiatives, including the screening clinics.

“Treatment and diagnosis have a part to play [in the elimination of TB],” said Nunavut’s chief medical officer, Dr. Michael Patterson, following the Whale Cove clinic. “But there’s more to it than that.”

“At the end of the day, we hope the community has a better understanding of TB.”

The GN said that additional information on February’s clinic will be released by the hamlet of Cape Dorset in the coming weeks.