With expansion plans up in the air, company wants to maintain six-million-tonne annual cap 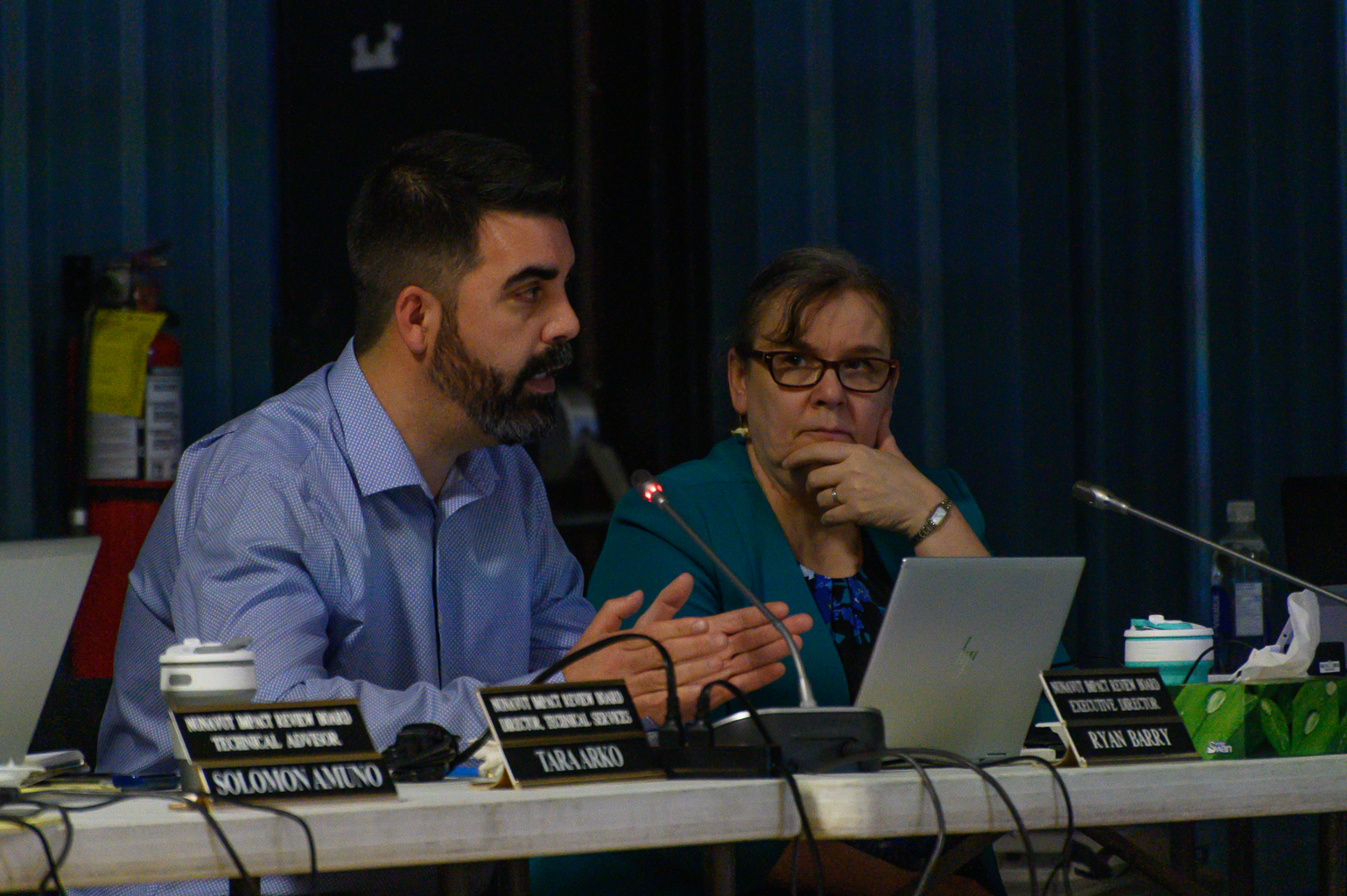 Ryan Barry, executive director of the Nunavut Impact Review Board, questions representatives of Baffinland Iron Mines Corp. at its public hearing on Sunday, Nov. 3. The board is now accepting comments on Baffinland’s request to extend its increased production cap for another year, until the phase two assessment is completed. (Photo by Dustin Patar)

The Nunavut Impact Review Board is accepting comments on Baffinland Iron Mines Corp.’s request to extend its production limit at its Mary River mine.

The board issued a call for comments from interested parties on Jan. 8. Comments will be accepted until Feb. 3.

Baffinland requested this extension, to continue mining up to six million tonnes of iron ore per year through 2020, on Dec. 16.

This follows a production cap increase granted in 2018, up from the 4.2-million-tonne cap set in the project certificate amendment that allowed trucked shipping to Milne Inlet under the company’s “early revenue phase.” That two-year production cap expired on Dec. 31, 2019.

The increase was intended to meet the company’s production needs to maintain year-round jobs, with the expectation that the NIRB would finish assessing Baffinland’s phase two expansion plan by the end of 2019.

Now that the final hearing for Baffinland’s expansion plans is up the air, following an abrupt adjournment on Nov. 6, Baffinland has requested that its production cap increase be extended for one more year.

It said the extension would mean no more layoffs of Inuit contractors, like the 48 who lost jobs after the phase two hearing was adjourned.

The mayors of Arctic Bay, Clyde River, Hall Beach, Igloolik and Pond Inlet have jointly supported the production limit extension, “if no more layoffs to members of our communities occur, and members who have been laid off are re-instated and accommodated within the current project.”

Once comments on the proposed extension are received, Baffinland will have the opportunity to respond, prior to the board issuing its decision.