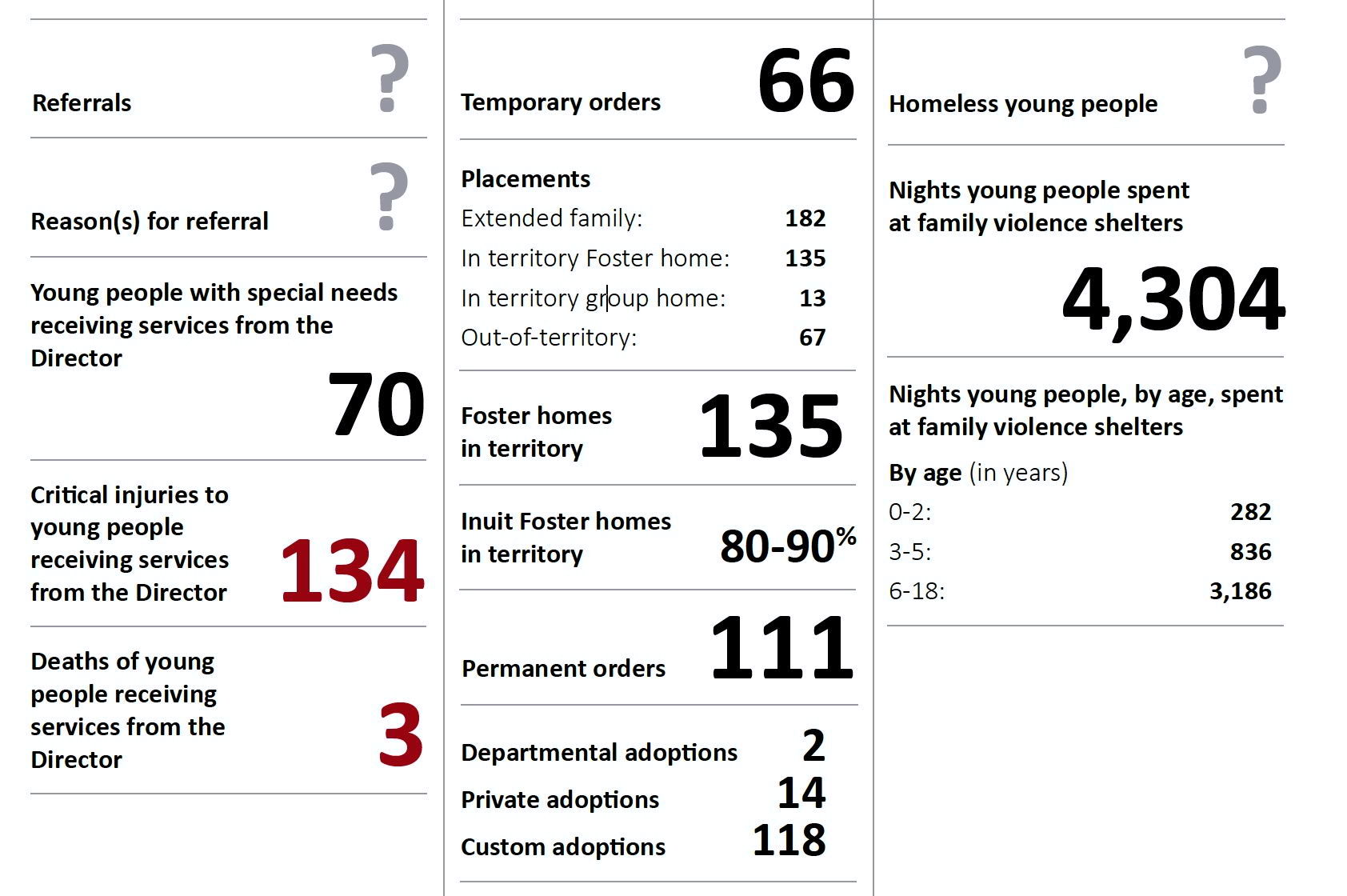 There were 134 critical injuries to young people receiving Government of Nunavut services during the 2019-20 fiscal year, and three young people died during that period. (Report of the Representative for Children and Youth)

Government of Nunavut employees, including directors and deputy ministers, aren’t being held accountable for failures to protect abused children in the territory, the representative for children and youth, Jane Bates, says in her annual report for 2019-20.

This means child abuse is effectively “being condoned” in Nunavut, Bates said.

Quoting a 2018 document from Pauktuutit, Bates said child sexual abuse in the territory has been normalized.

That, Bates said, flies in the face of children’s rights and governmental responsibilities that are set out in the United Nations Convention on the Rights of the Child, to which Canada is a signatory.

“The needs of young Nunavummiut must be prioritized,” she said.

But though 48 per cent of Nunavut’s population is under the age of 24, that’s not happening, she said.

“We must invest now in preventative measures to address child abuse in Nunavut,” she said.

Although child sexual abuse is rampant in Nunavut, it usually gets little public discussion. One exception occurred last year, when Iqaluit-Manirajaq MLA Adam Lightstone raised the issue in the legislature and challenged the GN do something about it.

The Nunavut legislature appointed Bates to her position in June 2019, when she replaced Sherry McNeil-Mulak. This is her first annual report.

Child abuse accepted as “just the way of the North”

In her report, she listed the “three most prominent things” that were brought to her attention during her first year on the job:

• Some GN employees are not held accountable for decisions and actions on children and youth that breach GN laws and policies.

• The failure to acknowledge and address the abuse that some children face means that the abuse is condoned.

• There’s an “accepted complacency” that child abuse is “just the way of the North” and that no action needs to be taken.

“Throughout the year, I have heard many people say that the GN is broken,” Bates said.

Hundreds of critical injuries and deaths 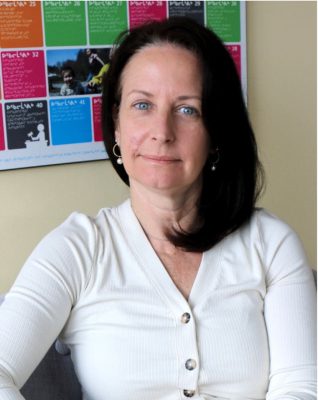 “Throughout the year, I have heard many people say that the GN is broken,” Nunavut’s representative for children and youth, Jane Bates, says in her annual report for 2019-20.

“I was shocked at the frequency and extent of violence and physical and sexual abuse,” Bates said.

During the 2019-20 fiscal year, there were 134 critical injuries to young people receiving GN services, and three young people died.

But those GN figures don’t tell the whole story, Bates said, because the GN’s director of child and family services admitted to her that there’s “significant lack of documentation, tracking and reporting of these injuries.”

And one region, which Bates did not identify, was collecting no information at all on critical injuries to children and youth receiving services.

That’s a breach of the department’s own policies, she said.

“Despite departmental policies to collect, document, and track this information, it was not being done thoroughly, which means that the reported numbers are not accurate,” she said.

Equally shocking are numbers provided by the Office of the Chief Coroner.

The Nunavut law that governs her office is called the Representative for Children and Youth Act. Under the act, the child-youth representative is to eventually become responsible for investigating the circumstances of critical injuries and deaths suffered by children and youth.

But that section of the law is not yet in force, Bates said.

In addition to poor information on critical injuries and deaths, attempts by Bates to evaluate the status of young Nunavummiut in general was stymied by poor information supplied by the Department of Family Services.

“In some cases, inaccurate information was provided by the department’s own admission,” she said.

Without that information, it will be impossible for the GN to plan for the future, she said.

That lack of information even extends to how many young people receive services from the department of family services, and how old they are.

But the department didn’t know how many children and youth received care in each region during that fiscal year and how old they were.

The department also doesn’t know why those children were referred to them in the first place. They also have no information on how many young people are homeless.

They do know that there are 625 registered sex offenders in Nunavut and that the majority of these, 438, committed sex offences against children and youth.

No accountability inside the GN

Yet another problem, Bates said, is lack of accountability within the government.

For example, she said some employees aren’t following the GN’s own policies, procedures, and legislation, but GN supervisors don’t take corrective action.

Bates said that lack of accountability runs all the way up to the GN’s deputy ministers and directors.

“There appears to be complacency and a lack of accountability about this from the top down,” she said.

The Office of the Representative for Children and Youth does not report to the GN, but instead reports directly to the legislative assembly.

Last July, Bates slammed the GN for its response to an earlier report on the poor mental health services that are available to children.

Nunavut Representative on C... by NunatsiaqNews