Patterson recommends vaccination, booster shots for everyone able to take them 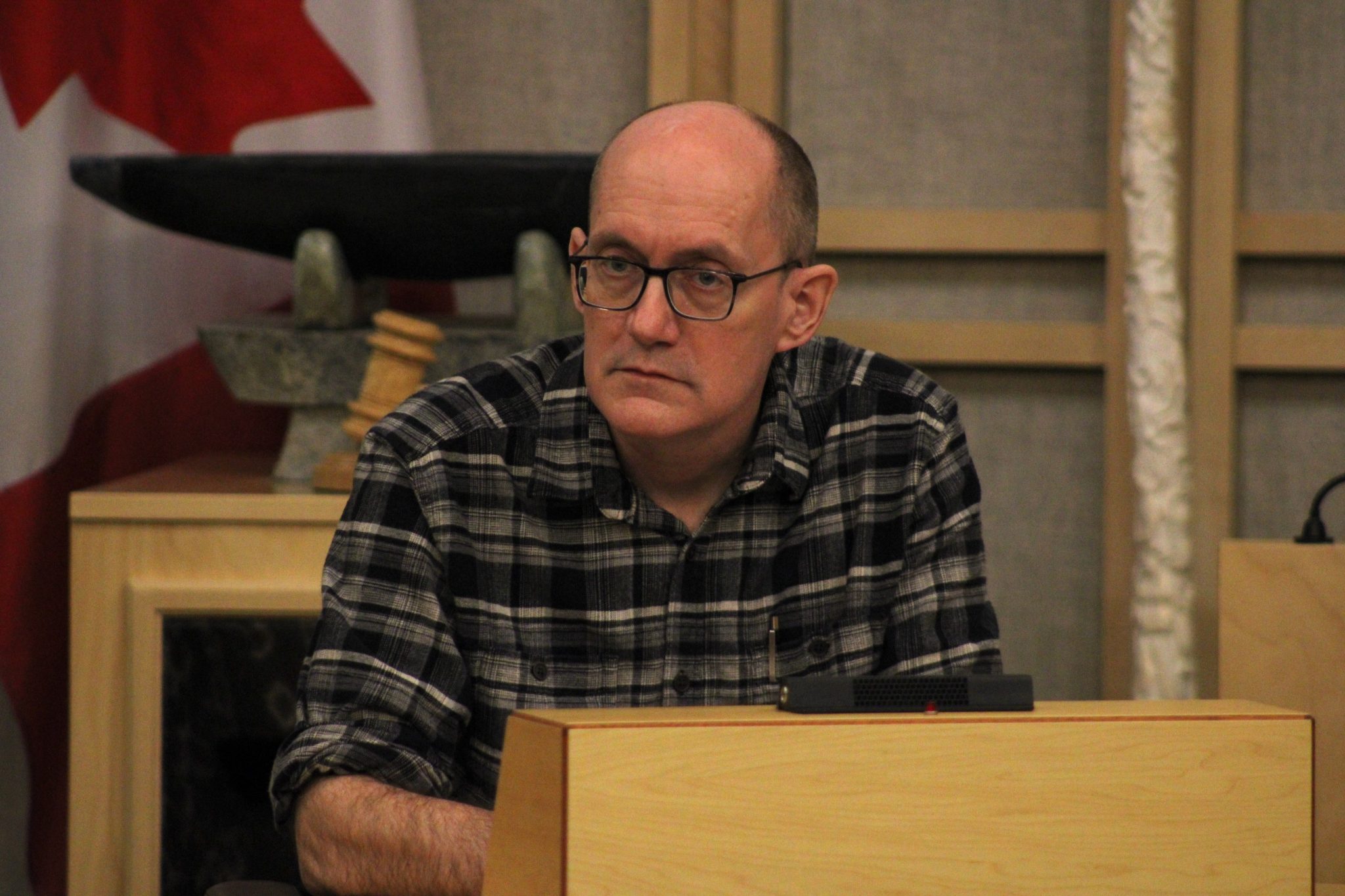 Nunavut’s chief public health officer, Dr. Michael Patterson, said a possible COVID-19 wave in Nunavut may happen in November, a week or two after a national one occurs. (Photo by David Venn)

If another wave of COVID-19 hits Nunavut, it will likely be in November.

That projection is based on national modelling data that shows there is an increase in infections when the weather turns colder and people spend more time indoors, Nunavut’s chief public health officer Michael Patterson said in an interview with Nunatsiaq News.

Canada-wide, a new wave is expected sometime in late October or November and Nunavut’s next wave has typically come a week or two after the national one, he said.

Earlier this month, Nunavut’s Department of Health issued a news release urging people to prepare for a new wave of COVID-19 by ensuring their vaccinations are up to date.

Addressing concerns that repeated COVID-19 infections might weaken people’s immune systems, Patterson said that shouldn’t be a worry for the majority of people.

“Mortality against COVID-19 has been the lowest it has been in more than two years,” he said.

However, he said the risk of long COVID — which Health Canada describes as someone still experiencing physical or psychological symptoms 12 weeks after testing positive — is a legitimate concern.

As of Sept 16, there are fewer than five people hospitalized with COVID-19 in Nunavut, according to Health Department spokesperson Chris Puglia.

A new vaccine, designed to protect against both the original COVID-19 and Omicron variants, will eventually become available to Nunavut’s general population.

For now, due to supply, it is limited to people aged 70 and older or who work or live in long-term care settings.

Patterson said he understands some might want to wait for that vaccine before getting a first or second vaccination or a booster shot.

But, he said, the original vaccine still offers strong protection.

“The single most important thing is that if it’s been more than six months [since your last vaccine dose], get the next booster dose that you can,” Patterson said.

In Nunavut, vaccination against COVID-19 is available for anyone aged six months and older.

Since the start of the pandemic in 2020, there have been 44,740 deaths from COVID-19 Canada-wide, according to Health Canada. Last month, Nunavut recorded its ninth death.