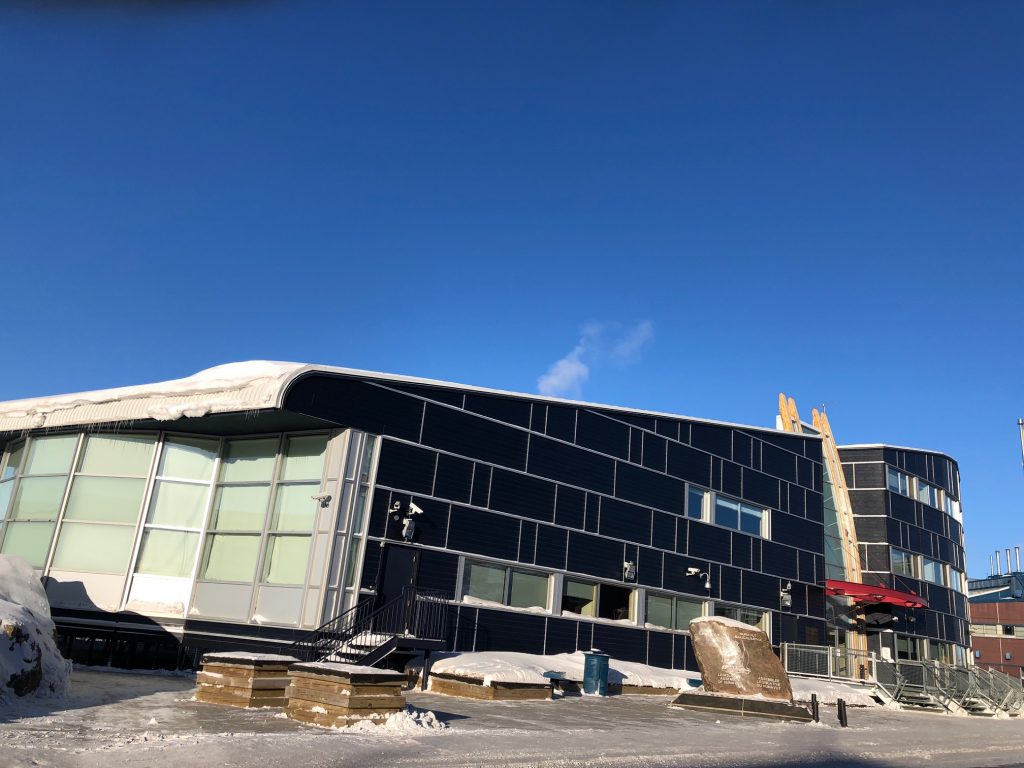 The winter sitting of Nunavut’s legislative assembly wrapped up on Tuesday afternoon. (Photo by Jane George)

After a nearly four-week run, including many long days, punctuated by a blizzard and a visit by Prime Minister Justin Trudeau, Nunavut’s MLAs adjourned the winter sitting of the Nunavut legislative assembly yesterday afternoon.

MLAs won’t return to Iqaluit for another sitting until May 28.

During the sitting, MLAs approved  spending $1.91 billion on programs this coming fiscal year. That includes $1.735 billion for operations and maintenance and $178 million in new capital spending.

Added together with spending covered by third-party agreements, mostly with the federal government, and some other adjustments, the GN’s projected total spending in fiscal year 2019-20 is estimated at about $2.1 billion.

To cover that spending, the GN will receive about $1.7 billion in transfers from the federal government, $224 million from own-sources revenues such as taxes and licence fees, and about $201 million from third-party agreements.

Taking into account a contingency fund of $30 million, this will produce a tiny deficit of about $12 million.

• Bill 16: $471,000 in supplemental capital funding for 2018-19. That’s to cover what he called a “major disturbance” last June at the Baffin Correctional Centre’s medium security living unit.

“As a result of damages to the facility, security systems and equipment, the Department of Justice closed the unit for more that 30 days, transferring 40 individuals to a facility in Ontario,” Hickes said March 11 in the committee of the whole, where MLAs discuss bills prior to third reading.

• Bill 18: $46.665 million for supplementary operations and maintenance in 2018-19. Of this, $40 million goes to the Health Department to addresses cost overruns in various programs including medical travel, mental health and treatment and various hospital and physicians contacts; $5.5 million is earmarked for the Justice Department for law enforcement and corrections; and $1.165 million going to the Family Services Department for children and family services.

Hickes said these increases would increase total spending for 2018-19 to $1.71 billion, up about 2.8 per cent from the initial budget approved last June.

When MLAs return for their spring sitting, they will have two bills, which received extensions of 120 days, to consider.

During their winter sitting they put off the third reading of two bills, to amend the Workers’ Compensation Act and the Corrections Act, which “provides for robust appeals and grievance mechanisms for inmates, introduces an independent investigations officer, and establishes an Inuit Societal Values Committee.”

All the other bills received royal assent from Nunavut Commissioner Nellie Kusugak, which is the final step in making a bill into law.

The MLAs’ spring sitting will run from May 28 to June 6.