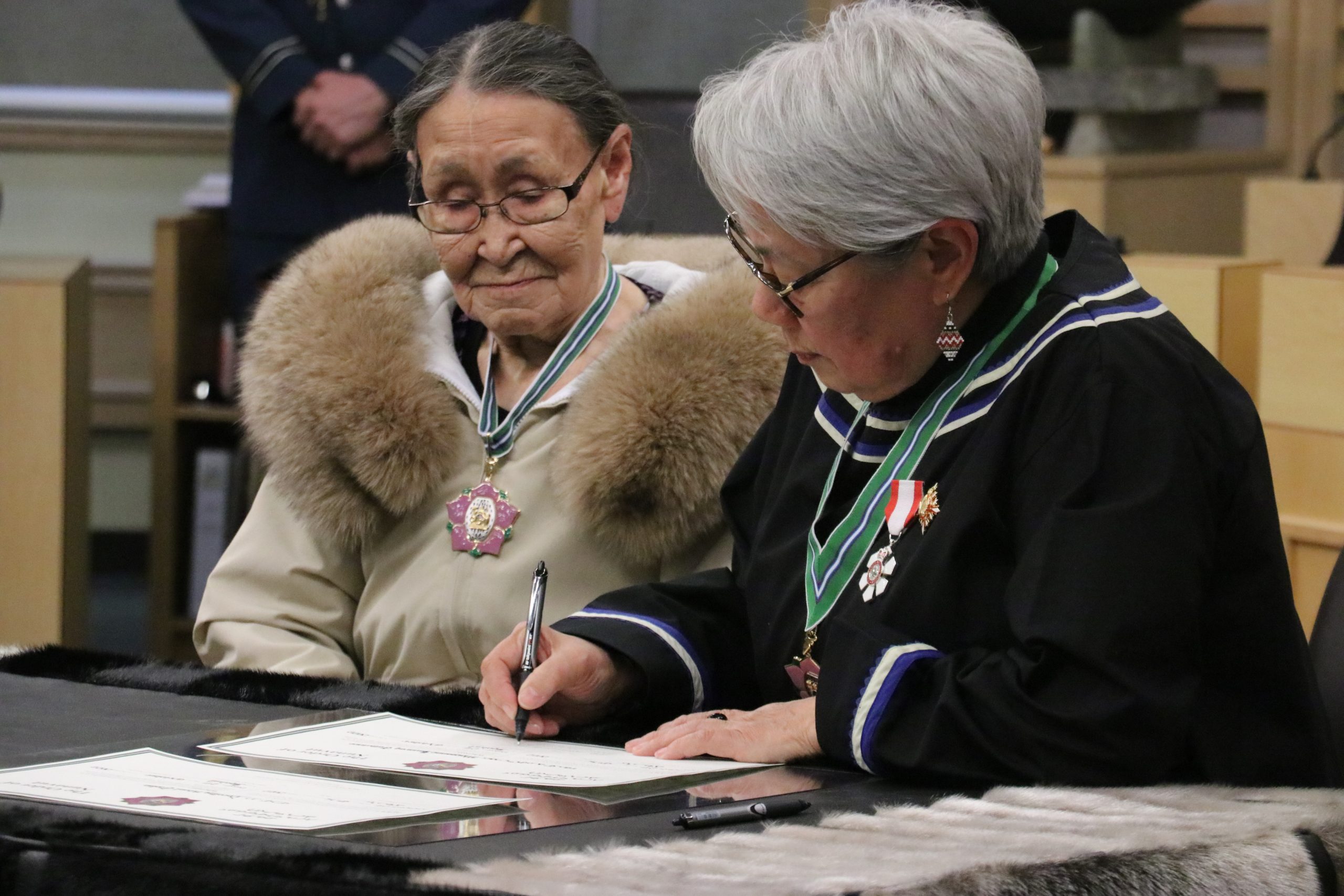 Elder Maryanne Inuaraq Tattuinee, left, sits with commissioner Eva Aariak at the 2022 Order of Nunavut investiture ceremony in Iqaluit on Thursday. Tattuinee was appointed to the Order and recognized for her work in helping youth in the territory. (Photo by Meral Jamal)

Maryanne Inuaraq Tattuinee and Dorothy Atuat Tootoo of Rankin Inlet are this year’s appointees. Recognized for their contributions to the territory, they were invested into the Order in the chamber of the legislative assembly in Iqaluit.

Maryanne Inuaraq Tattuinee is being honoured for counselling and guidance she has provided to young Nunavummiut and her participation in the National Inquiry into Missing and Murdered Indigenous Women and Girls, according to a June 13 news release from the Order of Nunavut Advisory Council.

She is also renowned for the aid and comfort that she provided to Inuit receiving treatment for tuberculosis at the Clearwater Lake Sanatorium during the 1950s.

Dorothy Atuat Tootoo is a long-time community volunteer with a diverse career that has included significant roles with Nunavut Arctic College and the Royal Canadian Army Cadet Corps. She has been recognized with numerous awards, including the Queen Elizabeth II Diamond Jubilee Medal and the Governor General’s Polar Medal.

“This year’s recipients of the Order of Nunavut are inspiring women whose contributions and service have made a profound difference in the lives of countless Nunavummiut,” said legislative assembly speaker and advisory council chairperson Tony Akoak in the release.

The Order of Nunavut is the highest honour of the territory and takes precedence over all other orders, decorations or medals conferred by the Government of Nunavut.

It came into effect in January 2010 and is meant to recognize individuals who have made outstanding contributions to the territory.