“This will be a space of cultural importance” 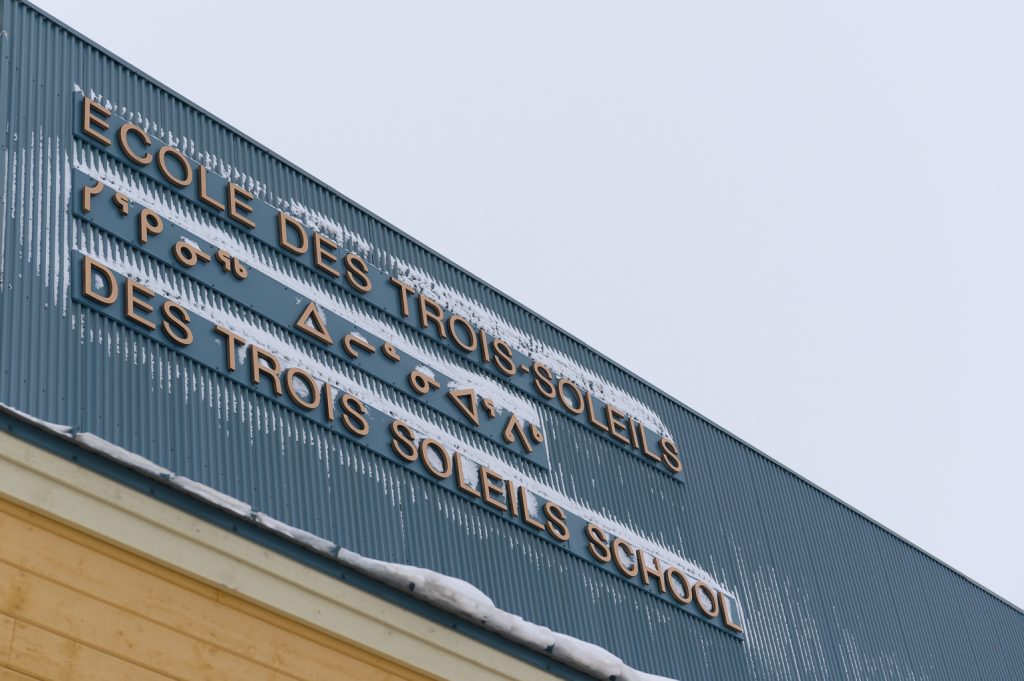 Iqaluit’s École des Trois-Soleils is slated to undergo a major renovation that will see a gymnasium and new classrooms being built, while its on-site daycare, Les Petits Nanooks, will see a major expansion. (File photo)

Ottawa will put $10.7 million into upgrades to Iqaluit’s French school and childcare centre, the federal government announced on Monday, Nov. 9.

École des Trois-Soleils is home to about 85 students from kindergarten through Grade 12, though the current facility does not have sufficient space for many of its secondary classes, which are instead held at neighbouring Inuksuk High School, in English.

Trois-Soleils is now slated to undergo a major renovation that will see a gymnasium and new classrooms being built, while its on-site daycare, Les Petits Nanooks, will see a major expansion.

“This will have a great positive impact not just for students but for all of Iqaluit,” she said.

“Iqaluit is a very busy and expanding community.”

Overall, the renovation will cost $19.8 million, the remainder of which is to be covered by the Government of Nunavut.

The school expansion was not a result of government planning, however; it resulted from a lawsuit that Nunavut’s francophone school board filed against the GN in 2015.

The lawsuit demanded the GN offer French-language education and school facilities on par with Iqaluit’s other schools, as per Section 23 of the Canadian Charter of Rights and Freedoms.

The GN and the school board reached an agreement and signed a settlement in 2018.

The new addition will include a gymnasium with a performing arts stage, a science lab, a trades workshop, other classroom space plus expanded space for the daycare centre.

Nunavut’s Department of Community and Government Services has contracted Ottawa-based Parkin Architects Ltd. and Winnipeg-based Accutech Engineering Inc. to oversee the design and construction of the school’s new spaces.

The new addition is expected to be complete by 2023.

“This will be a space of cultural importance,” said Education Minister David Joanasie during the Nov. 9 news conference.

“I’m very excited to imagine all the possibilities that come with this expansion.”