Searchers have combed through landfill site since Jan. 26 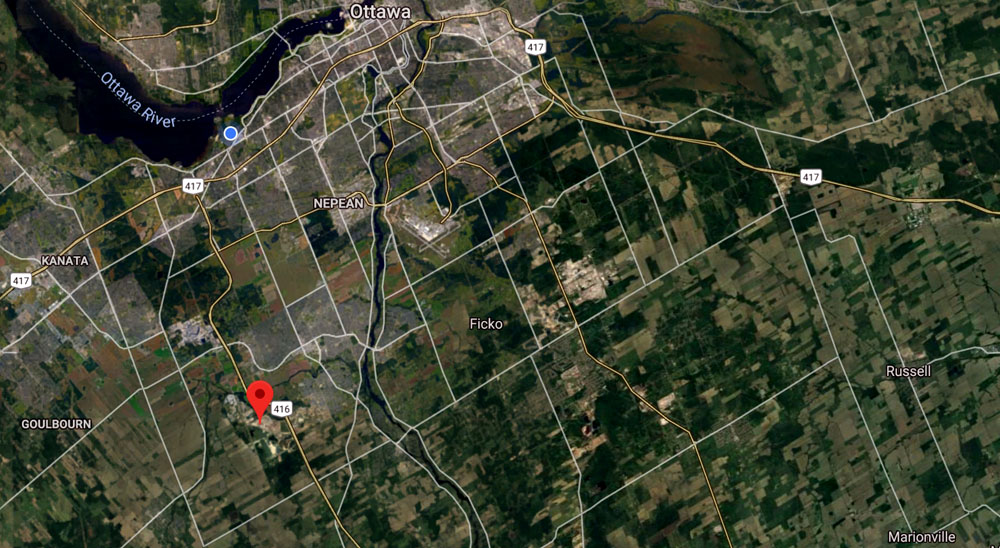 Following a lengthy search in harsh conditions at the Trail Road landfill site, Ottawa police have found human remains they believe to be those of Susan Kuplu-Irqittuq. (Image courtesy of Google Maps)

An autopsy has been scheduled for the recovered remains of a deceased person believed to be Susan Kuplu-Irqittuq, the Ottawa Police Service said on Feb. 17 in a tweet.

“Officers searching the Trail Road landfill recovered human remains this morning. The coroner has attended the scene and an autopsy will be scheduled,” police said.

Kuplu-Irqittuq, 37, went missing on or around Jan. 10, and police now allege that after she died in a homicide, Kuplu-Irqittuq’s body was transported to the huge Trail Road landfill site in rural southwest Ottawa.

Police and municipal workers have searched the site since Jan. 26, pausing temporarily last week to provide searchers with some respite from exposure to environmental contaminants and harsh weather.

Kuplu-Irqittuq’s daughter Lennese Kuplu, 18, is charged with second-degree murder in the death of her mother.

Susan Kuplu Homicide Update: Officers searching the Trail Road Landfill recovered human remains this morning. The coroner has attended the scene and an autopsy will be scheduled.

Both accused persons are now in custody in different sections of the Ottawa-Carleton Detention Centre in Ottawa.

As of this week, bail review hearings and preliminary inquiries have not been set for either Kuplu or Brown and their lawyers have not received disclosure of evidence from the Crown.

The allegations against them have yet to be proven in court.

Kuplu-Irqittuq was originally from Igloolik, but had been residing in Ottawa with her family for several years.