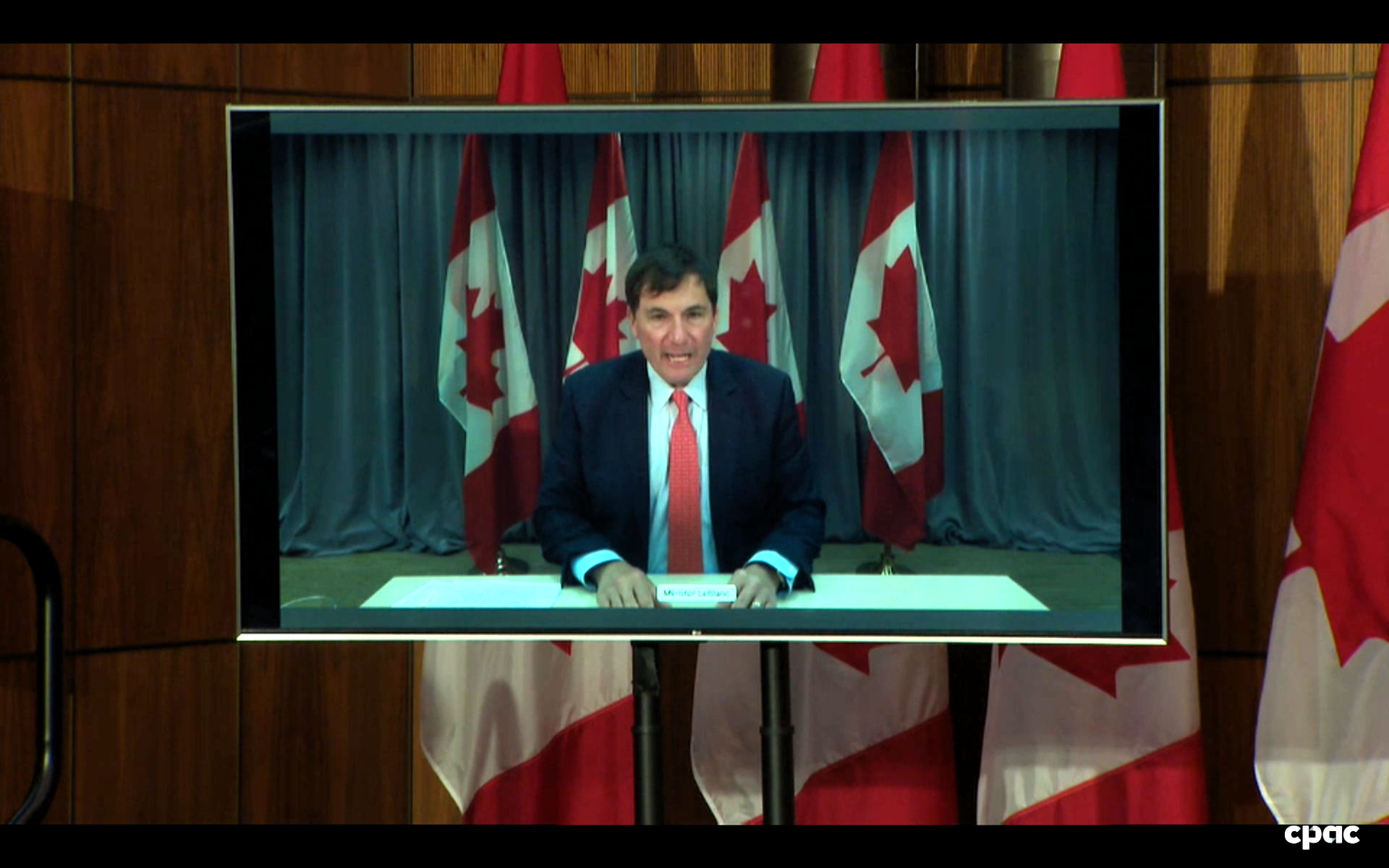 Through their safe restart agreements, the three territorial governments will get an additional $37.3 million, LeBlanc said.

It’s part of a federal government promise to spend $19 billion on safe restart agreements with each province and territory—on the condition that each premier provide Prime Minister Justin Trudeau with a letter stating how they plan to use the money.

That includes building testing capacity with GeneXpert and BioFire testing systems, and renovating a laboratory in Rankin Inlet to make space for testing equipment.

On contact tracing, Savikataaq said Nunavut needs money to hire more staff to do that work.

“This includes supports for virtual nursing teams doing follow-up and monitoring, as well as the necessary work to keep up with data entry, analysis, and reporting, including links with the territory’s electronic health record system,” Savikataaq said.

And to help airlines serving the territory, the federal government will give the three territories an additional $41.4 million, LeBlanc said.

Of that, Nunavut will get an additional $17.1 million for airline subsidies. Including earlier spending, that means Nunavut has received a total of $29.6 million of support this year for airlines that serve the territory.

That’s in addition to the first $100 million in emergency food money that was announced last April.

Of that, Nunavut has already received $1.1 million for food banks, hamlets, schools and other community organizations.