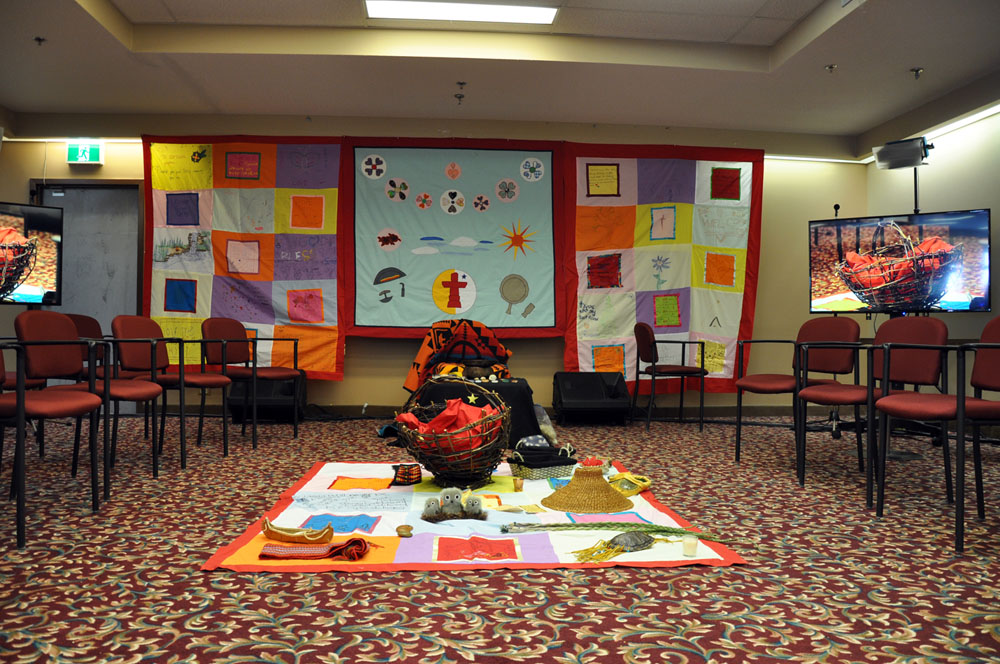 The National Inquiry into Missing and Murdered Indigenous Women and Girls hosted hearings in Rankin Inlet in 2018. Pauktuutit Inuit Women of Canada says the government’s action plan in response to the inquiry’s findings is urgently needed. (File photo)

And that plan should include emergency shelters for women across Inuit Nunangat, said Pauktuutit Inuit Women of Canada President Rebecca Kudloo.

Kudloo said she was disappointed to learn last week that the federal government has pushed back the release of the plan that is being drafted to respond to the findings of the National Inquiry into Missing and Murdered Indigenous Women and Girls.

The inquiry released its final report last year on June 3, concluding that Canada’s brutally high rates of violence against Indigenous women amount to a form of genocide, rooted in deliberate, ongoing human and Indigenous rights violations.

Crown-Indigenous Relations Minister Carolyn Bennett had initially pledged to have that response ready for the one-year anniversary of the report’s release, but she said on May 27 that the COVID-19 pandemic has slowed the process.

“We were surprised, but not surprised at the same time,” Kudloo said of learning the news.

“I talked to Minister Bennett [on May 28] directly and told her we’re here to work towards this. For all the families that went through so many painful memories.”

The next conversation Kudloo intends to have with Bennett will be to urge the minister to commit to ensuring the report is complete before the end of 2020.

For Kudloo, the disappointment in the delay comes from her fear for the well-being of Inuit women who may be stuck at home in isolation with abusive partners or family members.

“COVID-19 shouldn’t be an excuse [to delay the plan], because we know women are actually at a higher risk [of violence] right now,” she said. “I think [the action plan] should happen this year—families have been waiting.”

With or without that plan, Pauktuutit is asking the federal government for immediate funding for women’s shelters in Inuit communities. The organization has requested $20 million for the construction of five emergency shelters and transitional housing units, which, Kudloo stressed, “are desperately needed.”

The women’s shelter in Kudloo’s hometown of Baker Lake closed a couple years ago when the building was condemned, leaving the community without that service.

There are only 14 shelters across the 51 communities that make up Inuit Nunangat, she noted, and only four of them are in Nunavut.

Pauktuutit was hopeful when, on May 29, Indigenous Services Canada announced over $80 million in funding for new women’s shelters in Indigenous communities, noting two are destined for the territories. But the government has yet to determine which territories or communities those shelters will be constructed in.

“[It] was an opportunity to address this glaring policy and program gap for vulnerable Inuit women and children,” she said.