“There should be no harmful effects to communities, the environment or animals” 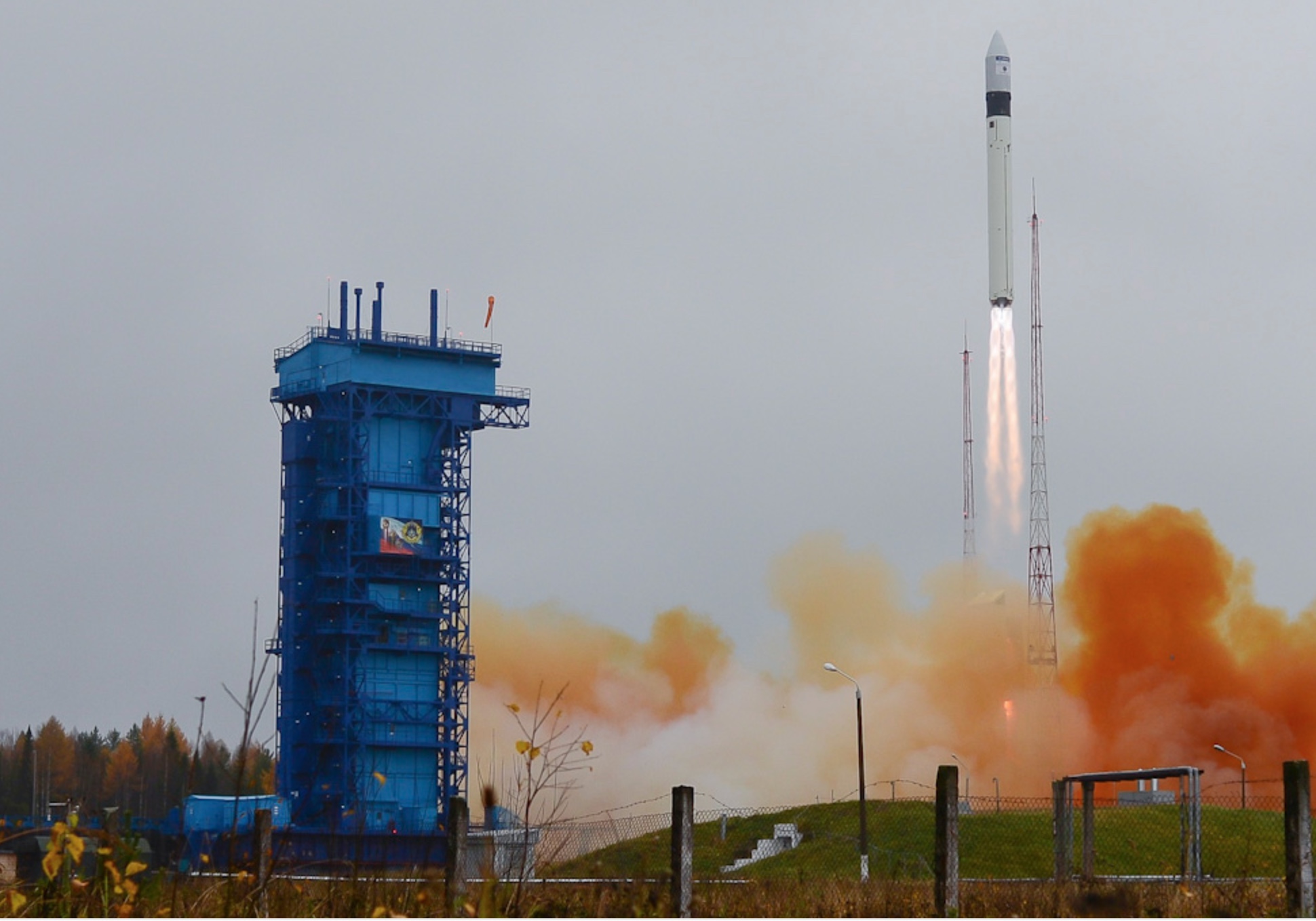 A Russian military “Rokot” rocket, like this one, will launch the Geo-IK-2 satellite on Friday, Aug. 30, from the Plesetsk Cosmodrome in northwestern Russia. (Photo courtesy of the Ministry of Defence of the Russian Federation)

A Russian rocket, powered by toxic fuel, is set to launch a satellite into orbit around the polar regions on Friday morning.

The Government of Nunavut said this week that this launch may result in debris falling over open waters in the Baffin Bay area between Ellesmere Island and Greenland.

But the GN said it’s expected that the debris will fall outside Canadian territorial waters and is considered a “very low risk event.”

“There should be no harmful effects to communities, the environment or animals near the impact area,” the GN said.

NORAD, or North American Aerospace Defense Command, which is the combined organization of the United States and Canada that provides aerospace warning, air sovereignty and protection for North America, will keep an eye on the rocket’s trajectory.

As well, a NOTAM or Notice to Airmen, from Transport Canada will alert aircraft pilots about the rocket launch.

The GN said in its Aug. 28 public service announcement that it is also in contact with the Government of Canada.

“Although very unlikely, if wreckage falls on land, there will be a coordinated effort to notify the public and recover the debris,” the GN said. “The Nunavut Emergency Management office is monitoring the situation and will provide more information if necessary.”

Right now, Canadian forces are conducting a military exercise based in Cambridge Bay and Pond Inlet that wraps up on Friday, Aug. 30.

The launch of the Russian Space Forces’ 29-metre-long Rokot/Briz-KM Rocket, which will carry the satellite into orbit, is scheduled for 9:45 a.m. eastern time.

The Rokot will launch a 1,400-kilogram (3,100 lb) Geo-IK-2 satellite, described as one of a Russian series of new-generation civilian satellites than can create three-dimensional maps of the earth’s surface and provide gravitational data for use in scientific studies and military applications

The data is useful in military operations where an accurate knowledge of gravitational field properties along the flight route of ballistic missiles can help increase the accuracy of their warheads, says online information about the satellite.

After its launch, the satellite will keep to a circular orbit at an altitude of around 1,000 kilometres above the polar regions.

The status of the launch is now “green,” according to the Russian Space Forces website, which says you can watch the launch online.

“Watch the launch video of the Rokot/Briz-KM and experience the excitement for yourself,” is their message.

The rocket will launch from a Russian spaceport located in Mirny, in the Arkhangelsk Oblast, about 800 km north of Moscow and about 200 km south of Arkhangelsk. Its high latitude, 62.5313° N, makes it useful  for certain types of launches.

The three-stage rocket carries a type of fuel, hydrazine, which has been phased out by many countries due to its highly toxic properties.

The rocket’s first solid stage is expected to crash into the ocean where it can be retrieved, the second stage will probably burn up in re-entry and the third stage is likely to remain in orbit.

Any hydrazine contained in any falling debris is likely to get burned up before it reaches the earth’s surface.

The presence of falling space junk has raised concerns during previous satellite launches.

During a 2017 Russian satellite launch, the Inuit Circumpolar Council and the GN condemned the launch, demanding it be halted.

Peter Taptuna, then Nunavut’s premier, joined with the ICC to demand that the governments of Canada and Denmark tell Russia to keep its toxic space junk out of Inuit marine waters.

“We condemn Russia’s actions and demand that this launch be halted. We can’t afford to have unknown amounts of hydrazine fuel land in the largest polynya in the northern hemisphere,” Taptuna said.

The ICC had made a similar demand during an earlier launch in 2016.

The last such rocket launch to send space junk into Baffin Bay occurred in April of 2018.