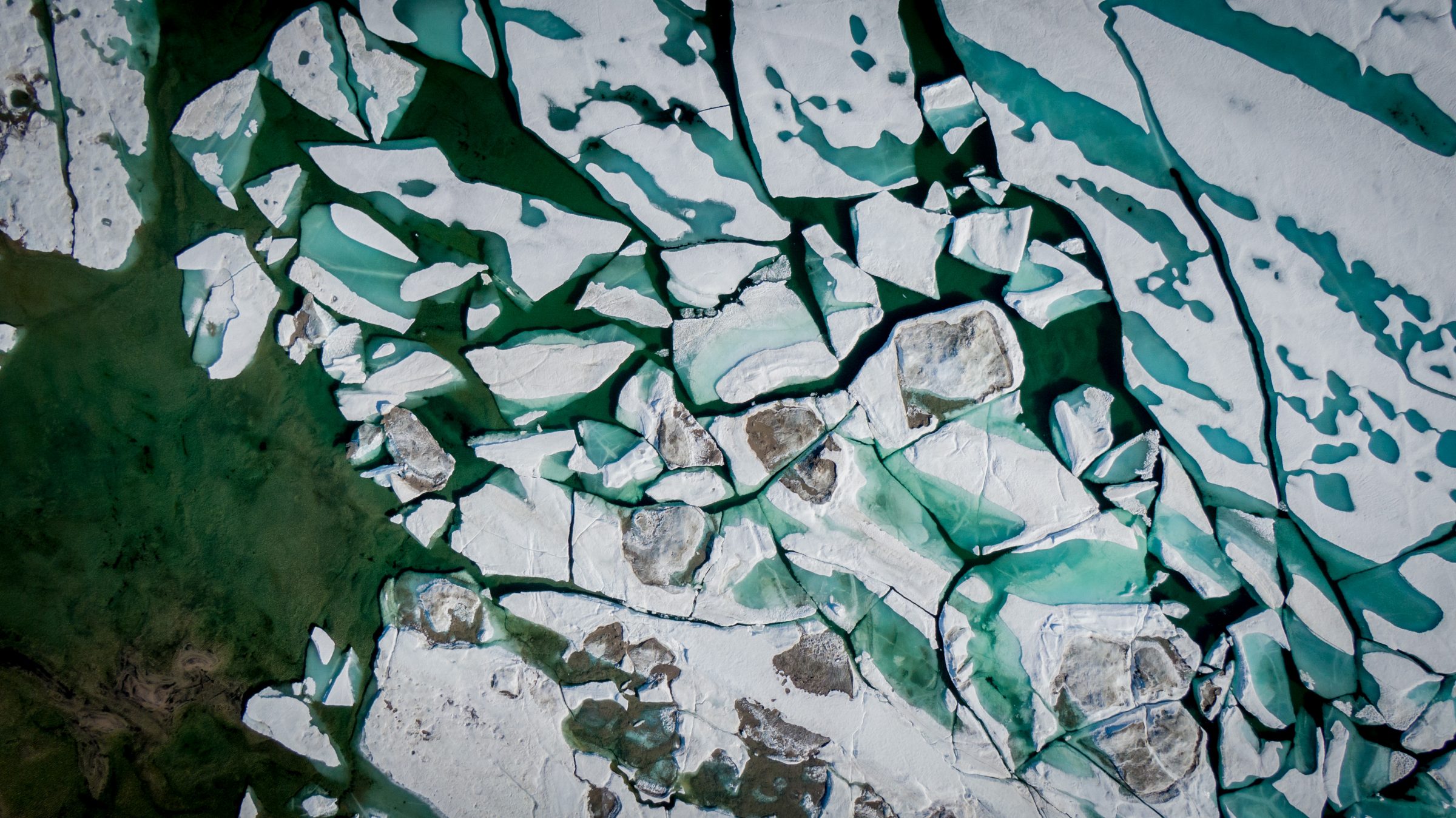 Sea ice in the eastern Canadian Arctic is, once again, melting at an above-average rate compared to the past 50 years of satellite records.

“We’re looking at two to three weeks ahead at this time of year,” said Doug Leonard, a senior ice forecaster with Environment and Climate Change Canada.

The news of below-average ice levels echoes that of last spring, summer and fall.

Areas like Foxe Basin and northern Baffin Bay are the most ahead, but for Leonard, this isn’t unusual.

“As the climate warms and as the climate changes, we’re just seeing earlier and earlier openings in Baffin Bay,” he said.

“In the last 10 years or so, we have been roughly one to two weeks ahead, on average, every year in that opening.”

In western Nunavut, ice levels near communities like Cambridge Bay are closer to where they should be.

Despite this, across the Arctic as a whole, the levels have dropped to an all-time minimum.

“It is the lowest we’ve recorded on this date so far on the satellite record,” said Mark Serreze, the director of the National Snow and Ice Data Center. 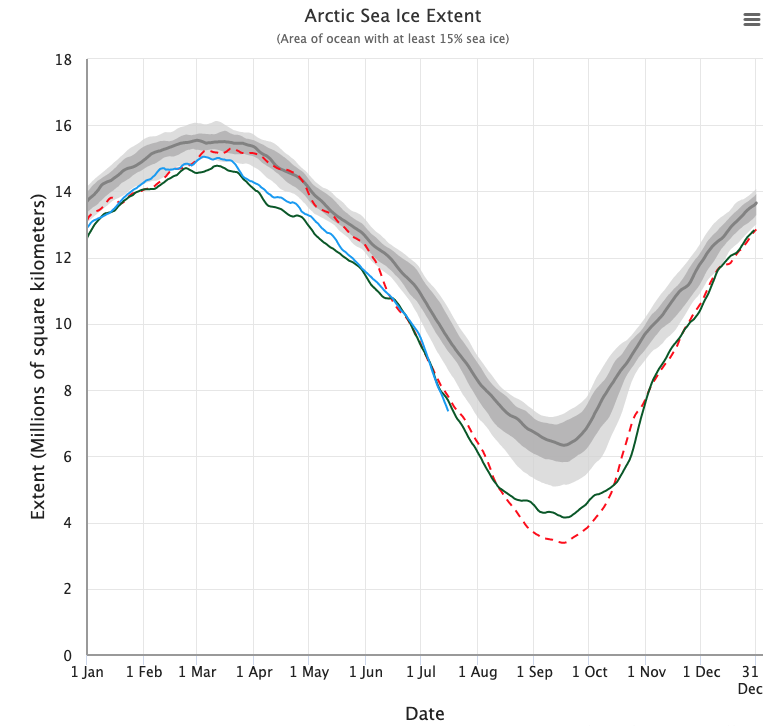 “The Laptev Sea on the Russian coast and also the Barents Sea, more on the Atlantic side, are way, way, way, way down,” said Serreze.

“By comparison, interestingly, the ice extent off Alaska is kind of average for this time of year … so what that really tells you is that the big low ice we’ve got for the Arctic as a whole is really driven by that Siberian side.”

But having a single Arctic region be the driving factor in seasonal sea ice loss isn’t unusual.

“It’s typical in any given year that it’ll be really low in one area and not so low on another,” said Serreze.

“A lot of that variability on a regional basis, whether it’s Baffin Bay or Hudson Bay or places like that, it depends on things like summer weather patterns.”

Spring and summer weather patterns in the Siberian Arctic have been record-setting.

A six-month-long heatwave in the region culminated on June 20 as the town of Verkhoyansk saw temperatures climb to 38° Celsius.

Aside from higher temperatures impacting sea ice, the heat in the Russian Arctic has also triggered wildfires and, according to Serreze, there’s some suspicion in the scientific community that the fires have deposited soot on the ice cover which may also be speeding up the melting process.

He also wonders if there’s another factor, unique to this year, that is contributing to ice loss.

“Is this related at all to the overall reduction in fossil fuel burning we’ve seen globally because of the whole pandemic thing?” he asked.

While the burning of fossil fuels emits carbon dioxide, it also produces aerosols which can act as a kind of cooling agent by blocking sunlight and affecting things like cloud formation.

According to Serreze, it only takes a few weeks for those aerosols to disappear from the atmosphere, which could partially be responsible for this past April being the second warmest on record, May tying for the hottest on record and June tying for the third hottest.

Right now, Serreze admits that he doesn’t know if what is being seen with ice levels is associated with the reduction in fossil fuel burning, but he’s confident that it’ll be studied.

“We’ve got this kind of natural experiment right now,” he said.

“There’s probably going to be hundreds of papers looking at this.”

Although there may be any number of factors impacting this year’s ice loss, for Serreze the damage is already done.

“In summers when you get rid of a lot of ice, really big melt summers, you tend to have a nice big high-pressure dome over the central Arctic Ocean and that’s what we have,” said Serreze.

“Things are kind of lining up right now for a really big September minimum.”