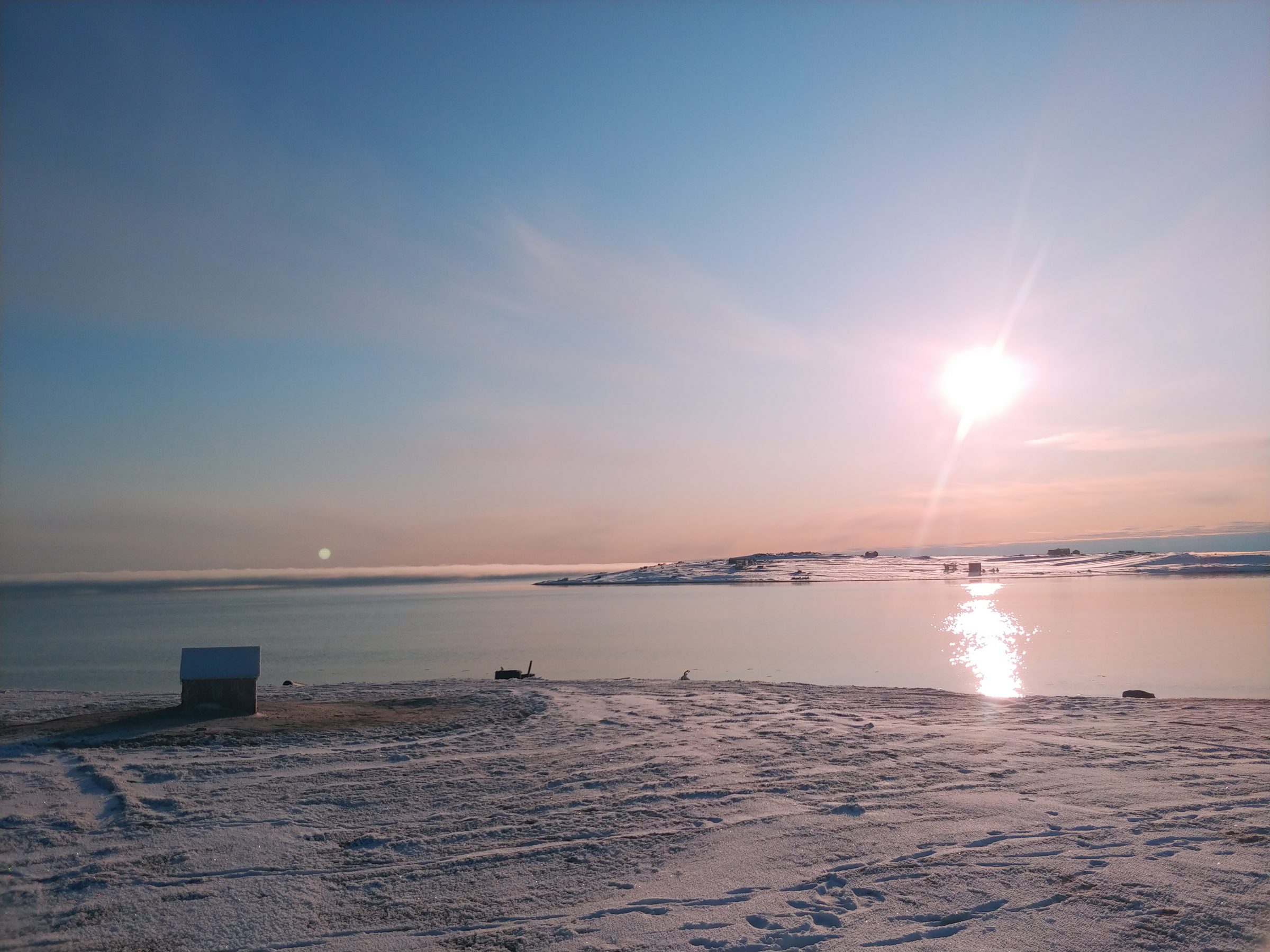 “Freeze-up is very, very late this year,” says Gjoa Haven’s Willie Aglukkaq, who took this photo on Oct. 18. “Can still drive boats to mainland, which is very unusual for Gjoa Haven. Never seen the ocean open this late in my lifetime.” (Photo by Willie Aglukkaq)

Last October, when Juuta Sarpinak of Igloolik set off on a seal hunt, he took his snowmobile. For the same trip exactly a year later, he’d need a boat.

Across Nunavut and the rest of the Arctic, the same scenario is playing out.

“It’s the latest I’ve ever seen it freeze up in my lifetime,” said Willie Aglukkaq, who’s lived in Gjoa Haven for nearly 40 years.

“Depending on the area, we could be up to a month behind where we should be at this time of year,” said Gilles Langis, senior ice forecaster with the meteorological service of Canada.

But it’s not the first time this year ice levels have been at record lows.

This was then followed by a record-setting July.

In August, the ice loss slowed.

“We were tied for the second-lowest [amount of ice] with 2007 and 2016, but quite a bit above 2012,” said Walt Meier, a senior research scientist at the National Snow and Ice Data Center.

“But now we’re actually below 2012 levels for this time of year because it’s a slow freeze-up—2012 recovered pretty quickly, but we’ve been very sluggish in growing ice this year.” 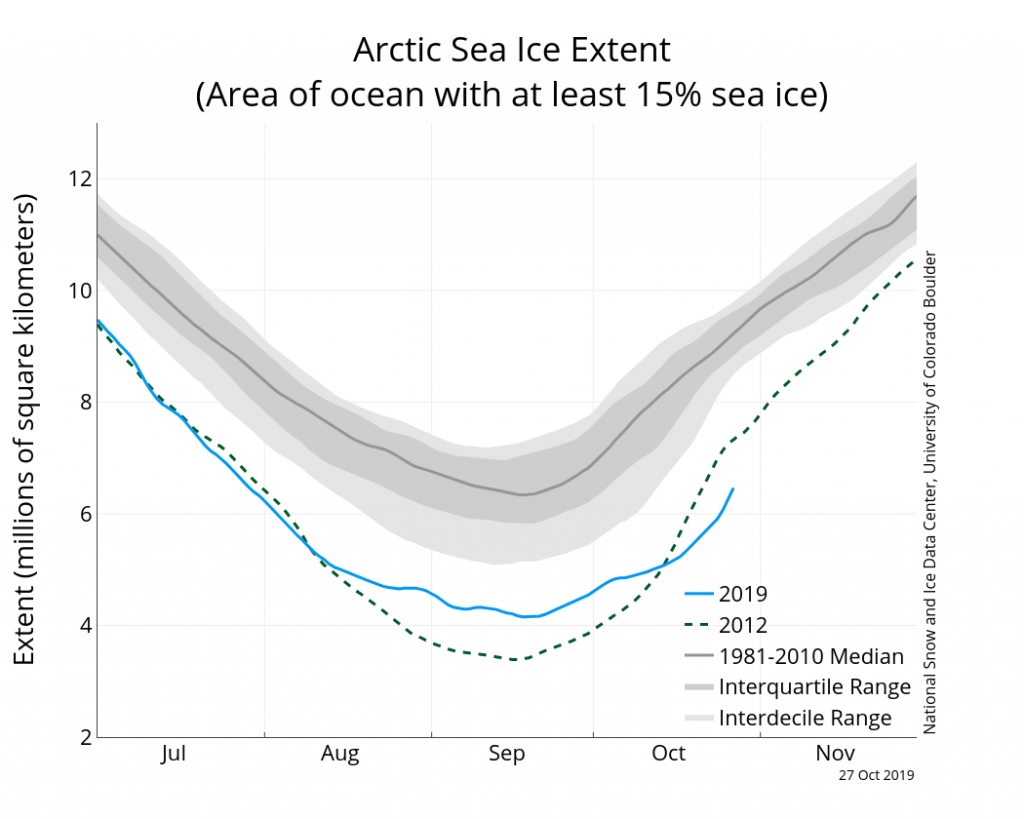 As of Oct. 15, sea ice levels dropped below those from 2012, which previously held the record. (Graph courtesy of the NSIDC)

With sea ice growth, the big driver is air temperature.

“If you have an area of open water and the temperatures above it are cooler than the water temperature, it’ll lose heat into the atmosphere and the water will start cooling off to the point where it reaches freezing,” said Langis.

But Arctic air temperatures through October have been unseasonably warm, much like the previous six months.

“It was a pretty extreme summer,” said Meier.

From April onward, every month has ranked in the top three warmest—in terms of Arctic air temperature—on record, with May and August now holding top spots.

According to Meier, because of this, there was an abundance of ice-free water throughout the summer that absorbed a lot of solar energy and warmed up quite a bit.

“That heat is just taking a while to dissipate into the atmosphere and for the ocean to cool enough to grow ice.”

What’s going on this year is representative of something larger.

“Under the influence of global heating caused by human-induced greenhouse gases emissions, we have seen a sharp decrease in the extent of Arctic sea [ice] since 1979,” says Pascal Peduzzi, Director of GRID-Geneva, in a press release published by the UN Environment Programme (UNEP).

Much like the scenario currently playing out across the Arctic this year, declining sea ice has amplified Arctic warming over the last several decades.

According to the press release, “Temperatures increased by around 0.5°C per decade between 1982 and 2017, primarily due to increased absorbed solar radiation accompanying sea ice loss since 1979. This is twice as fast as the global average.”

This season isn’t an exception.

But while the year-to-year trend continues on, ice coverage this year is on the rebound.

Over the last 10 days, since Oct. 20, sea ice coverage has increased by almost 1.5 million square kilometres, including the water near Gjoa Haven.

If the current pace of ice growth continues, 2019 may soon once again be above 2012 levels.