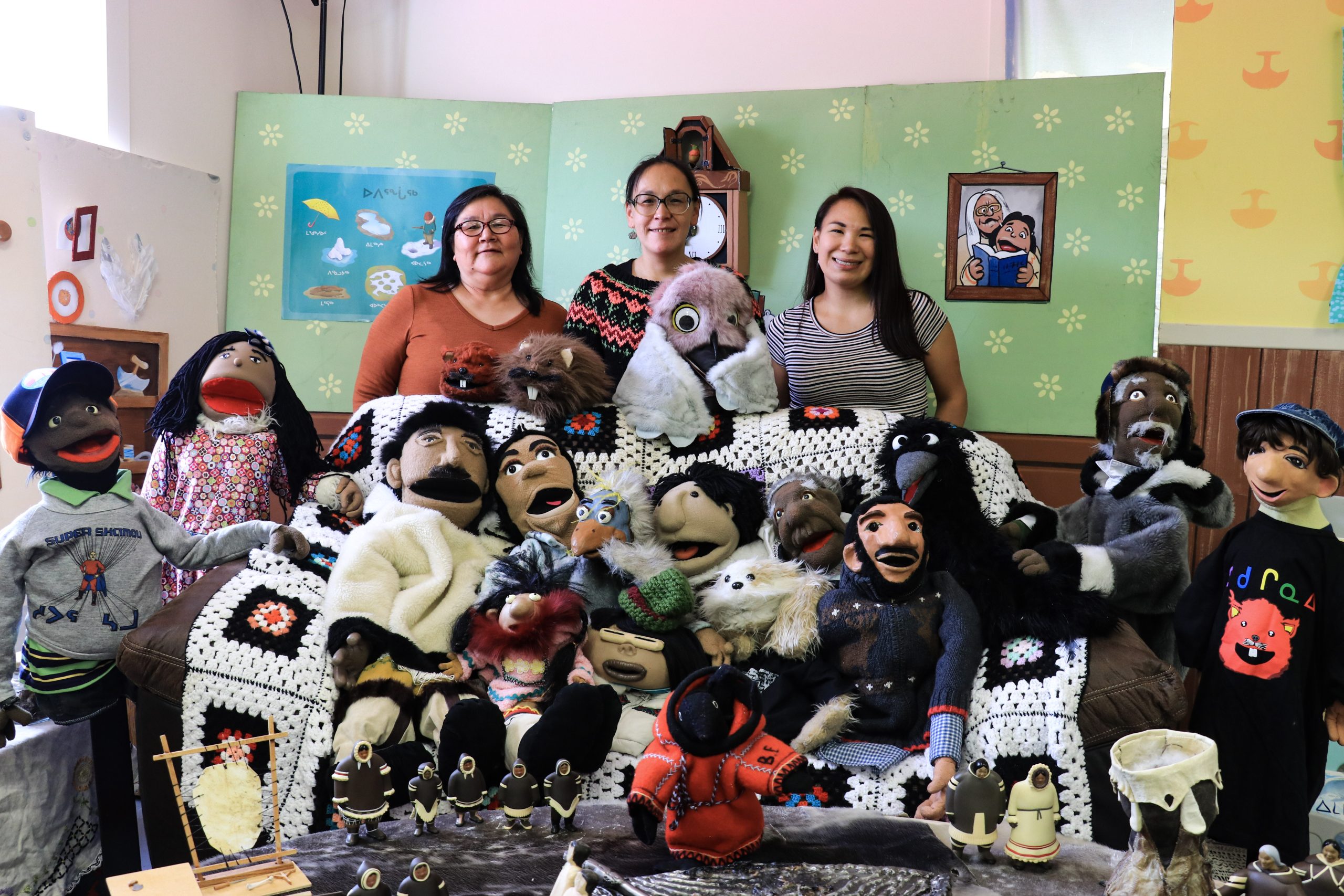 From left, producers Muatee Mateusi and Noodloo Peter along with team member Janet Evic at the production set for Takuginai in Iqaluit. (Photo by Meral Jamal)

Johnny, Pukki, Meesee, Malaiya, and Isaaci are back in Nunavut.

The family of five puppets — and the crew that puts out the popular TV show Takuginai that they star in — returned to Iqaluit for production last month.

The Inuit version of Sesame Street, the show is produced by the Inuit Broadcasting Corporation and teaches children things like numbers, syllabics and important cultural values in Inuktitut.

The popular TV show had been filmed in Iqaluit since the ’70s, but production was moved to Ottawa in 2021. 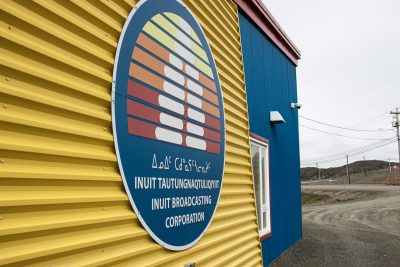 The Inuit version of Sesame Street, Takuginai is produced by the Inuit Broadcasting Corporation (IBC) and teaches children numbers, syllabics and important cultural values in Inuktitut. (Photo by Meral Jamal)

That’s because the show was previously being created by an independent contractor, said Manitok Thompson, IBC’s executive director

She championed the show’s return to Nunavut, though, and brought in producers Muatee Mateusi and Noodloo Peter to create the show at IBC’s media centre in Iqaluit.

Mateusi, a former teacher, said she joined the team as a producer because she wants to help share stories that ​​”are filmed outside and inside, with kids and elders.”

Thompson said the team will be doing productions all year that follow the Nunavut school curriculum so they can be used as a resource in classrooms across the territory.

For Mateusi and Peter, a big part of producing Takuginai in Nunavut is getting the community involved. They are currently looking for Inuktitut-speaking children who would like to help puppeteer and do voiceovers.

They said getting involved in the production process is a good way for families who have travelled to Iqaluit from other communities to have an additional source of income within the city.

“I know people come here for medical care with their kids, and if they’re speaking Inuktitut, they’re most welcome here,” Mateusi said.

“Sometimes they’re here for a long while,” Peter said. “So they can be filmed and then they can make money on the side, too.”

Mateusi and Peter are also looking at visiting other communities in the Kitikmeot and Kivalliq regions to film episodes there.

It continues to be a work in progress, however, as they seek to secure funding for their travel.