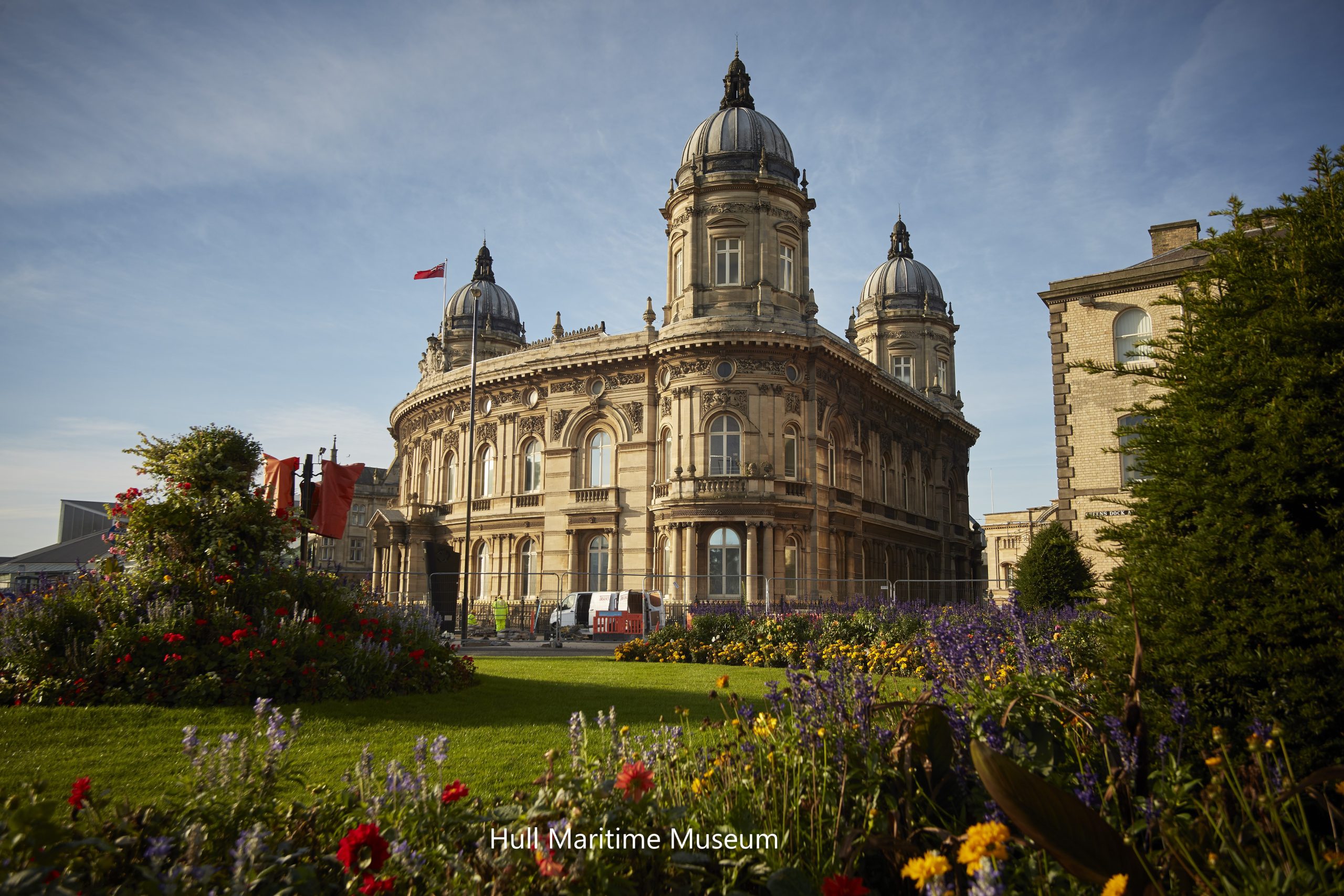 The Hull Maritime Museum in the United Kingdom is partnering with the Toronto Inuit Association to explore the Inuit history behind some of the artifacts in the museum’s collection. (Photo courtesy of Robin Diaper)

Two groups based on opposite sides of the Atlantic Ocean have collaborated to uncover the Inuit history behind a British museum’s collection of whaling artifacts.

The partnership between the Toronto Inuit Association and the Hull Maritime Museum focuses on artifacts that were collected and bartered for by Hull whalers in the 19th century.

The goal was to improve knowledge of the history and culture behind these items, such as a sealskin parka or hunting knives, to share with visitors to the museum in the port city, about 250 kilometres north of London, England.

“The thing about the artifacts is that there’s not a lot of information that’s available,” said association president Sarabeth Holden in an interview.

“Part of the reason that we started working together is … there was an opportunity to speak with community members who would have more knowledge and be familiar with the styles of the artifacts.” 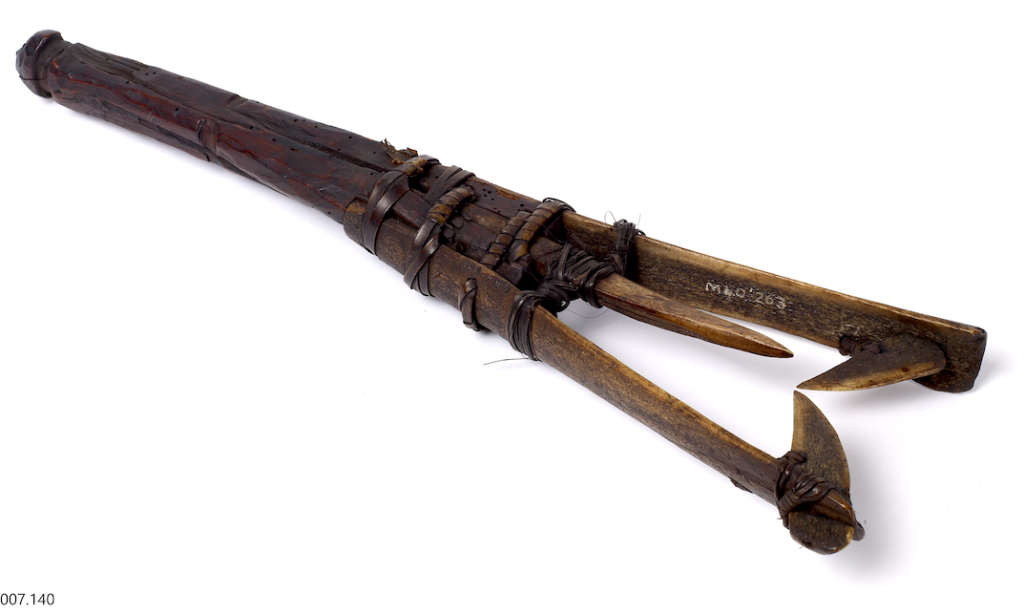 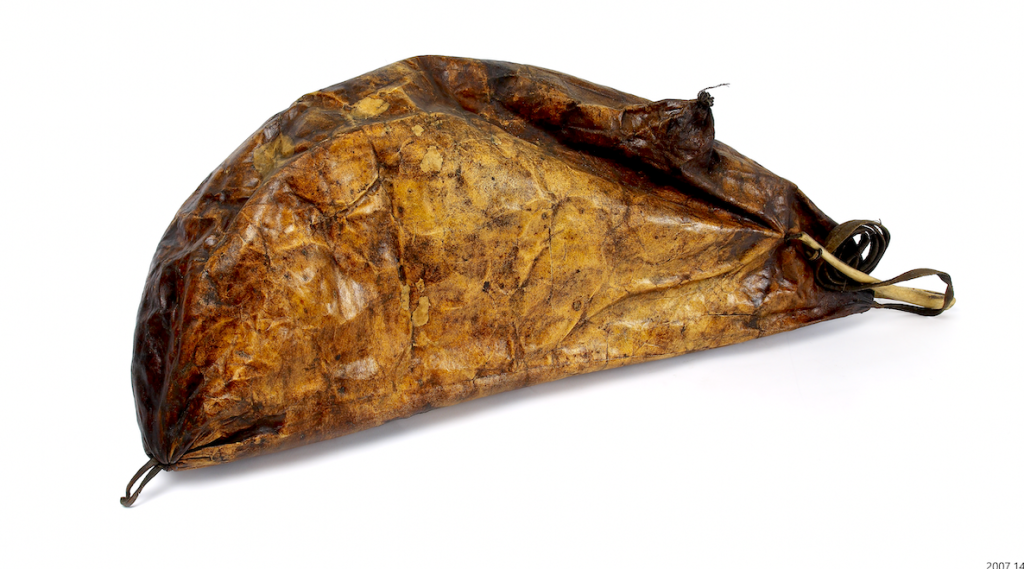 For that, Holden and Hull museum curator of maritime and social history Robin Diaper travelled to Pangnirtung this summer.

“It was really great to talk to community members who had fond memories, who have ancestors who were whalers or ancestors who worked with whalers, and just sharing that history,” Holden said.

“And it was really great storytelling, which I think is a really key part of this — it’s knowing there’s this relationship between the two communities.”

For Diaper, revisiting the museum’s collection through the eyes of the Pangnirtung community was a way to look at the other side of the story — to explore the Inuit culture that Hull whalers experienced, rather than just the stuff they brought back with them when they returned.

“It really was two very definitive maritime communities coming together, which has never been portrayed that way in terms of seeing the other side of the story,” Diaper said.

“[Inuit communities are] the other half of the circle, so it was really nice to get that perspective on it as well.” 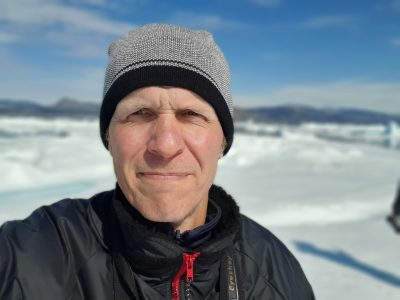 For Hull curator Robin Diaper, revisiting the museum’s collection through the eyes of the Pangnirtung community was a way to look at the other side of the story. (Photo courtesy of Robin Diaper)

Through the experience, Holden and Diaper said they learned more about the artifacts and also had their existing knowledge challenged.

An example was when community members looked at a narwhal tusk from the museum’s collection and identified what it may have been used for in the past.

“The narwhal tusk had markings on it and someone said, ‘Oh, that was used to measure the depth of snow,’” Diaper recalled. For years, it had been thought of as having another use.

“We sat around the kitchen table and this information suddenly came out. There’s no way we would have ever found that out [ourselves].”

He and Holden also worked with Inuk filmmaker Nyla Innuksuk on this project. At some point, her film will be shared with the public through the Toronto Inuit Association.

The goal of the collaboration, according to Diaper and Holden, is to create a film, exhibition materials and educational content that will benefit museum visitors and help the Inuit association in its own outreach.

For Holden, the film is a way of “telling the story that happened — people lived in this community, people are still living, and it’s not this nonexistent culture.

“It’s just part of who we are. it’s part of the culture and I think that’s really important — to let people know there’s these diverse communities that we had relationships with that we weren’t aware of.”

Adds Diaper: “It’s all about showing that life continues today. It’s not something that’s just sort of preserved in the past and in people’s imaginations, it’s still out there.”