Aircraft will be used to detect oil spills, survey sea ice, monitor shipping and assist with search and rescue 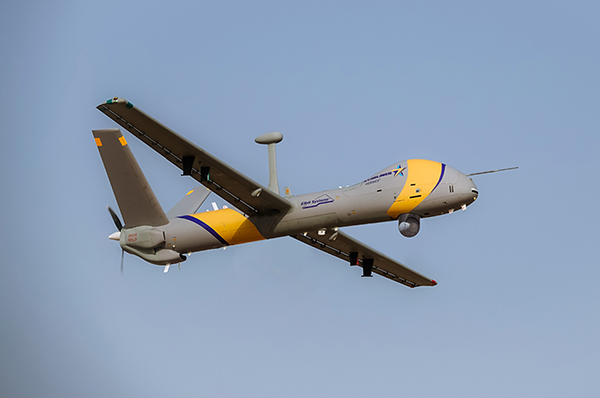 The waters of Nunavut will have an extra set of eyes on them in 2023 after the Government of Canada purchased a new surveillance drone last month.

The drone, which will be part of Transport Canada’s National Aerial Surveillance Program, will have the ability to detect oil spills, survey ice and marine habitats, monitor shipping and help with search and rescue, humanitarian efforts and illegal fishing enforcement, the federal government said in a December news release.

Right now, a Dash-7 aircraft based in Ottawa moves to Iqaluit in order to do surveillance during the shipping season, according to the Transport Canada website. The drone will be used in conjunction with the Dash-7.

The aerial surveillance program is a joint venture between Transport Canada and Environment and Climate Change Canada, tasked with patrolling the country’s coastlines for ship-source pollution like oil spills.

Although a typical patrol season begins in July and ends in late October or early November, last summer COVID-19 restrictions prevented these flights in Nunavut.

The announcement has been years in the making.

In early 2019, the government of Canada was considering a high-altitude surveillance drone prototype from Germany.

A year later, the government issued a request for proposals which resulted in the contract being awarded to Elbit Systems Ltd. of Haifa, Israel.

The Hermes 900 StarLiner, a medium-altitude, long-endurance drone, is capable of operations as far as 72 degrees north, roughly the same latitude as Pond Inlet, and has a flying range of approximately 2,600 kilometres.

The unmanned aircraft has a 17-metre wingspan, making it a bit smaller than a Twin Otter.

The funds used to purchase the drone are part of the federal government’s Oceans Protection Plan, a $1.5-billion program focused on protecting Canada’s coastlines.

An additional $29.9 million from the Oceans Protection Plan will go towards designing a new National Aerial Surveillance Program complex in Iqaluit, including a new hangar, office space, an incident command post and briefing rooms.

According to Transport Canada, the new remotely piloted aircraft system will also be housed, maintained and operated from the Iqaluit complex.

The drone is expected to be delivered to the Government of Canada by December 2022 with the facilities slated to completed by 2023.