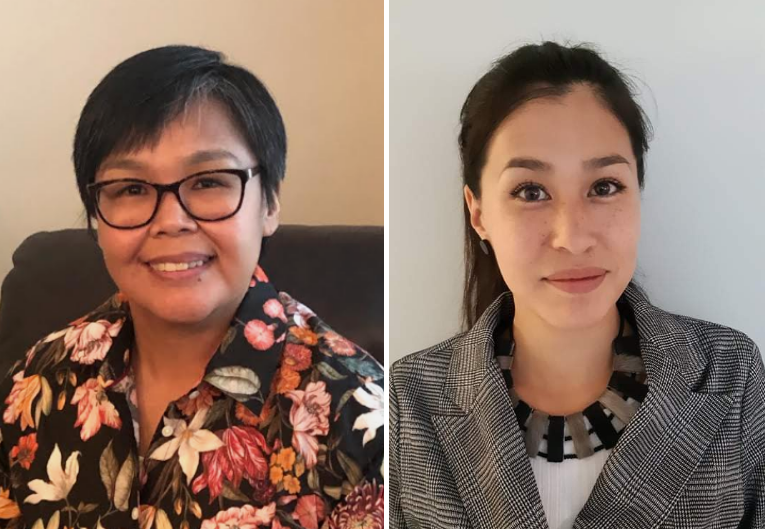 So far, the NDP is ahead of the election preparation game in Nunavut, with two potential candidates competing for the party’s nomination in the territory, while other parties haven’t publicly announced anyone in the running yet.

Aliqa Illauq announced she was vying for the job last week on social media, while Lori Idlout made her own announcement on Thursday in a news release. New Democrats need to pick a candidate for the next federal election after MP Mumilaaq Qaqqaq announced in May she would not run for re-election to the position she won in 2019.

“I’ve been sincerely amazed with all the support I’ve been getting,” Idlout said in an interview Thursday.

As a 47-year-old Inuk lawyer, who was called to the bar in 2019, and an activist, she said she was waiting for the right time to put her name forward.

“I wanted to get more various life experience and make sure I have the skills and the support I need to run a successful campaign,” she said.

Idlout grew up in Nunavut, moving between Igloolik, Pond Inlet, Rankin Inlet and Chesterfield Inlet with her three siblings — most often returning to Igloolik, she said.

“When I speak Inuktitut, it’s with an Igloolik dialect.”

Now, she lives in Iqaluit where she practises law.

She would build on the strength of Nunavummiut and make sure she is representing their concerns.

“If it’s housing, if it’s mental health, we’ll get them to be a priority.”

Secondly, Idlout said she wants to push for the NDP’s priorities that her own ideals align with, such as reforming the health-care system or providing universal childcare.

Third on her list is holding other parties accountable for broken promises to Nunavummiut and Inuit.

“A lot of promises have been broken for us,” she said, listing improved internet speeds or costs as an example.

Idlout said, as a lawyer, her skills would serve her well in Parliament.

Going to law school “gave me the analytical skills I need to respond to whatever comes my way and to deal with the pressures I might be faced with,” she said.

Knowing how to read legislation and regulations would also be put to good use, as would her negotiation experience, Idlout said.

“Whatever bills that might come to Parliament, I’ll have the ability to make sure laws we are passing will benefit Nunavummiut.”

Earlier this year, Idlout represented the Nuluujaat Land Guardians, who protested the expansion of Baffinland’s Mary River mine.

“They care so much about the environment and about the wildlife,” she said. “When it’s not protected, people have to be held to account.”

With Nunavut’s current MP recently speaking up about her experience with racism and not feeling safe in the House of Commons, Idlout said she’ll be able to handle it if she has a similar experience.

Aliqa Illauq, 32, the second Inuk woman in the running to represent the NDP for Nunavut, said she had similar experiences dealing with racism.

“That is something I face very regularly,” Illauq said in an interview Thursday. “I’m not going in blindly.”

Illauq said she is “very excited” about the potential to be nominated, despite the competition.

“I really want to stress how important it is that Inuit, especially women, are getting into politics.”

“It just shows how fast and how far we have come,” she said. “Two Inuit women who both speak Inuktitut, it’s just a beautiful thing.”

Illauq was born in Clyde River, where her family lives, then moved to Saskatchewan and Ontario, before moving to Quebec where she now lives.

While she is pursuing a bachelor’s degree in human rights and social justice at Carleton University, Illauq is also working as a consultant and researcher for the Indigenous-owned company Archipel Research.

Illauq said she has two types of education.

“I have my Inuit education, which is very much life education, and I have the western education and the experience living in the south.”

Her western education has given her an understanding of the system Inuit have been forced into and the issues she needs to bring forward, but her Inuit education is “so much” more important, she said.

“When you put those two together,” she said, “I think you can create a bridge that hasn’t really been implemented today.”

As the chairperson for the Canadian Federation of Students, Illauq said she is involved in university politics at the national level and advocates for issues such as Indigenous language education in universities.

“I’m always busy … It’s important to me that I try to create a better tomorrow for not only my children, but everybody’s children,” the mother of three said.

The main theme of Illauq’s platform is self-determination for Inuit, which encompasses things like job creation, the housing crisis and suicide prevention programming, she said.

“My main priority is self-determination and to give Inuit back their voices.”

Hearing conversations within communities, her family and colleagues, Illauq said “it’s scaring me because we should be in a better place.”

Illauq said she’s tired of losing friends and family members to suicide, of Inuit not having enough food to eat, or of babies getting rashes because of mold in homes.

“All this hurt, we can do something about it.”

Charlotte MacLeod, the NDP’s press secretary, confirmed nobody else has been approved to seek the nomination with the NDP in Nunavut, meaning Idlout and Illauq are the only ones in the running.

A nomination meeting where party members will pick their candidate will be scheduled for early August.

Generally, there needs to be 14 days’ notice to hold a contested nomination meeting, but with a minority government and the possibility Prime Minister Justin Trudeau could call a snap election, NDP executive officers voted to enact a policy that lets them close nominations and hold a vote with only seven days’ notice.