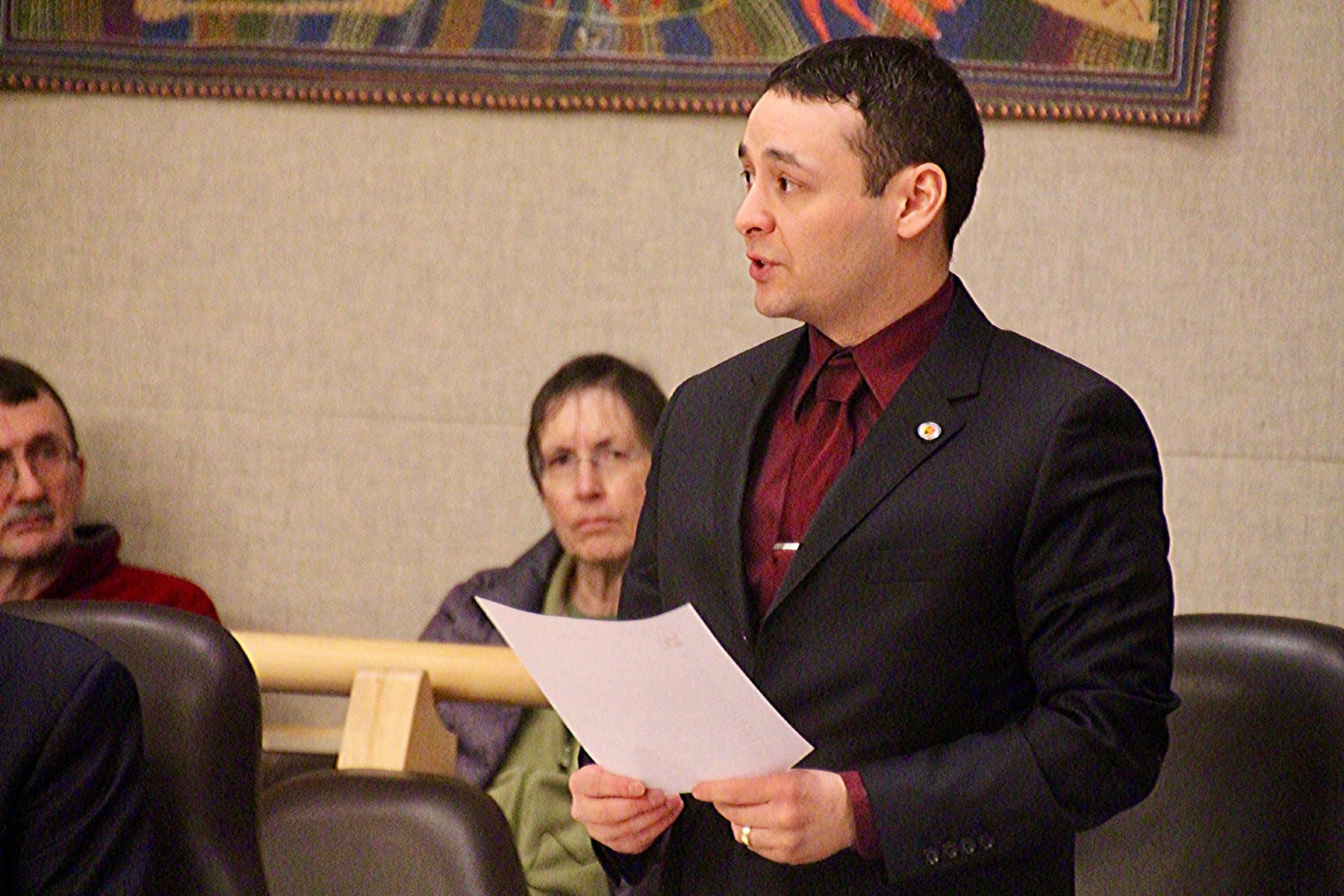 These calls come in the wake of a damning annual report from Jane Bates, the representative for children and youth, that was tabled in the legislature last Friday.

In that report, Bates referred to a written submission that Pauktuutit and a coalition of regional Inuit women’s groups made to the National Inquiry into Missing and Murdered Indigenous Women and Girls.

“The rate of sexual violation of children in Nunavut is between 11 and 15 times the rate for children in the rest of Canada. Child sexual abuse is prevalent in Nunatsiavut and in Nunavik. It has become normalized for children,” states Pauktuutit’s submission to the inquiry.

“Mr. Speaker, this is utterly unacceptable. What is the Department of Justice’s position on this issue?” Angnakak said.

Ehaloak replied by saying people in her department care a lot about the issue and that she looks forward to answering more questions next year when Bates is to appear before MLAs to discuss her report at a televised committee hearing.

“We’re very passionate about the people that we try to protect and try to make sure that our children are protected under the Department of Justice’s programs and services, including working with the RCMP,” Ehaloak said.

When Angnakak asked how Ehaloak’s department is working with the Department of Family Services to help victims and offenders, Ehaloak said that’s a subject the department will be “discussing further.”

“Working with the Department of Family Services, we’re always looking at ways to help individuals, especially children and their families, to ensure that their health and safety is priority one,” she said.

Angnakak also asked about discrepancies concerning the number of Nunavut residents whose names appear on the national sex offender registry.

Last week, Ehaloak told Iqaluit-Manirajak MLA Adam Lightstone that as of August 2020, there were 416 registered sex offenders living in Nunavut and that 209 of them had committed sex offences against children.

But Bates’s report states there are 625 registered sex offenders in Nunavut and that the majority, 438, committed offences against children.

Ehaloak said she’ll get back to Angnakak after she sorts out the discrepancy.

Since 2013, five two-person teams of counsellors and therapists have travelled around Greenland to help victims in small communities recover from sexual abuse.

In 2018, Nunatsiaq News interviewed four workers from the Greenland ministry of social affairs, who said the program had offered help to 670 survivors—80 per cent of whom were women.

An English translation of the Killiliisa strategy suggests that child sexual abuse in Greenland is nearly as common as it is in Nunavut.

The strategy says a recent survey found 32 per cent of girls in Greenland and 9.4 per cent of boys suffered sexual abuse at the hands of either a peer or an adult.

Another survey, of young people in Greenland, found that 33 per cent of women and 33 per cent of men reported that their first sexual encounter occurred without their consent.

“I myself have read this strategy, the English translation of it, and all of the information in there is relevant to our own communities here in Nunavut and not just all the information, but also the strategy itself is transferrable, so to speak, and could easily be replicated and utilized here in our own territory,” Lightstone said.

But Ehaloak said the GN has not yet had a chance to review the Greenland strategy.

“As the members know, this government has been very busy with the pandemic itself and due to a change in our deputy minister over the last few months, I and the deputy minister have not had a chance to review this Greenland strategy, but we will be reviewing it,” Ehaloak said.

Lightstone also asked about programming for sexual offenders and victims in Nunavut.

Ehaloak replied by saying that “hopefully,” Nunavut can do more in the future.

Back in 2019, Lightstone had called on the GN to do more to combat widespread sexual abuse in the territory, saying “it appears that nothing is being done to address it.”